Under a plant pot...

Kept things local yesterday in the hope of hitting 100 species for the 1km square. A brief plant-pot-turning-over session in the garden struck gold when out sprung these two weird little insects that looked like they'd just escaped off the set of Alien... but then been shrunk to the size of a grain of rice.

A search around revealed them to be Springtails; a massive order of six-legged 'hexapods', that aren't actually classified as insects because they're entognathous- or as I like to put it more technically, because their mouths are inside their body. A bit more research, and it turns out they're both extremely common species associated with pretty much any soil environment. If my questionable ID skills are anything to go by, then the one below is Tomocerus minor, identified by the bluish tinge to the body and the short antennae... 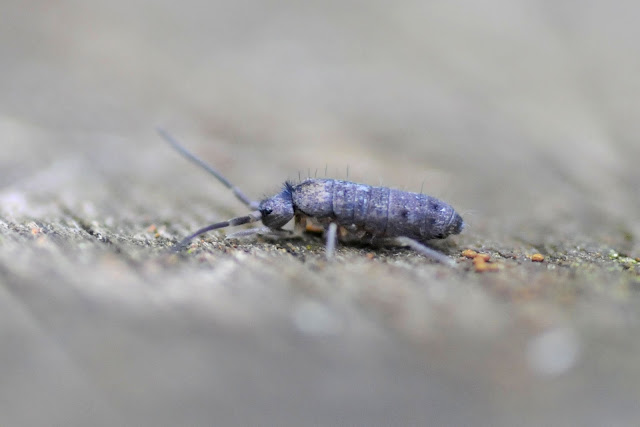 Whilst this one is Orchesella villosa, quite smart looking when you get in close... 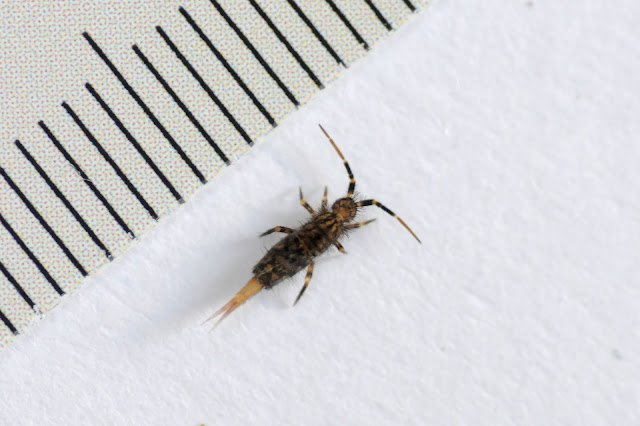 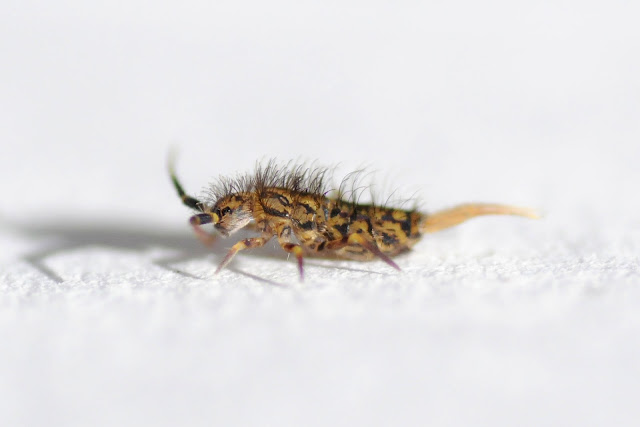 That long tail-like thing coming out of its back-end is called the furcula, used like a spring to send it up to 6 inches into the air if disturbed- apparently the human equivalent of jumping the Eiffel Tower. Insane.


That fact that they are one of the most abundant creatures on the planet, with an estimated 100,000 per cubic metre of soil, raises the slightly worrying question on why I've never seen one before. I think I'll go and sit in the naughty corner.
Email ThisBlogThis!Share to TwitterShare to FacebookShare to Pinterest

Why don't you work out your pan-species list Bill and send it to Mark telfer. Details at: http://markgtelfer.co.uk/listing/

Cheers for the link. I've been thinking about joining the list for a while now. Will finish totting up my list first.