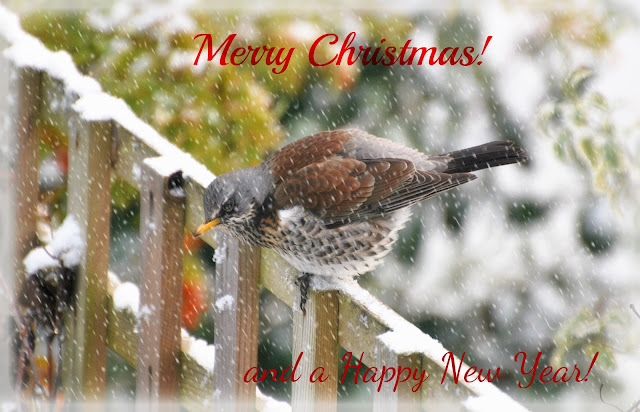 Have a good'un!
No comments:
Email ThisBlogThis!Share to TwitterShare to FacebookShare to Pinterest

Back With the Shrike

With some free time back on Sunday for a bit of casual birding, and no particular desire to twitch a slightly weird looking Rock Pipit at some outer-London reservoir that everyone seems to be going mad about, I headed out on a crisp, quiet morning down the A3 for a day's worth of birding in the south of Surrey, the plan being to briefly stop off at Bookham Common first thing for Hawfinch, before spending some time with the long staying adult Great Grey Shrike at Thursley Common.
As expected, the first part of the plan didn't come together, and there were no Hawfinches to be found in their 'usual' spot behind Bookham train station. Luckily, the Shrike was more reliable, showing well; though distant, as it actively hunted throughout the aptly named 'Shrike Hill', perching only briefly to survey the area, before moving on again... 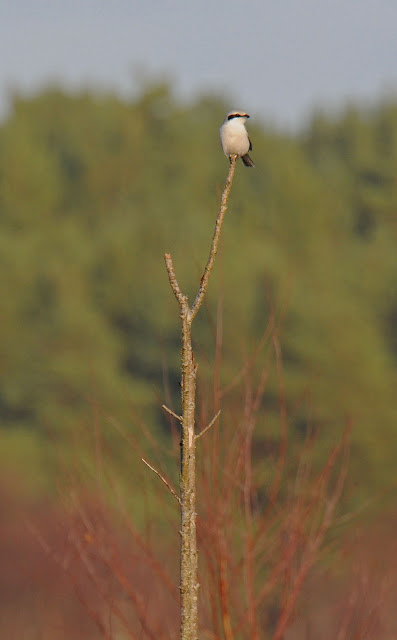 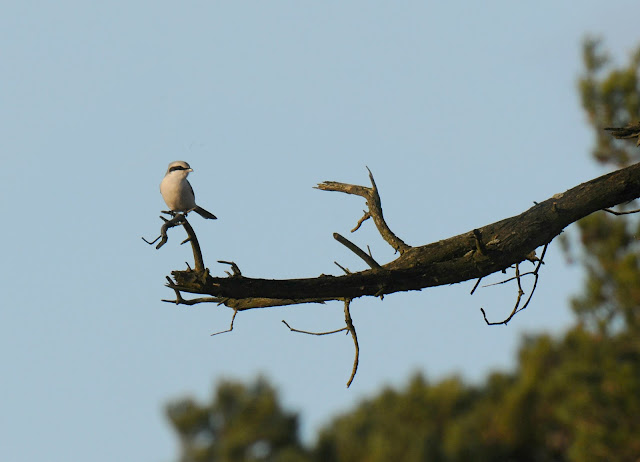 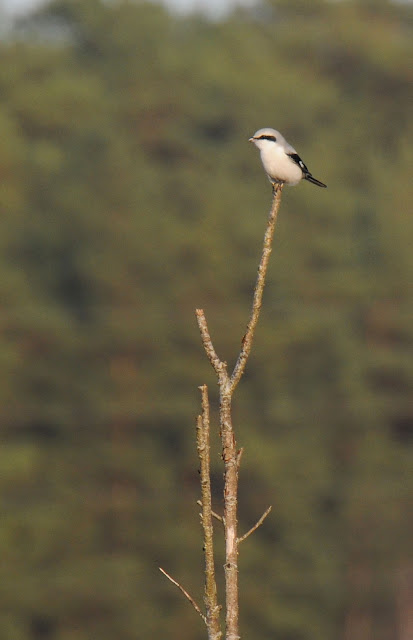 Highlight of the day came in the form of a pair of Dartford Warbler, both of which popped up from nowhere whilst photographing a bunch of Stonechats below Shrike Hill. This species was hit hard by a devastating fire on the Common a few years back, but 2012 has seen the return of a small, localised group of birds. Fingers crossed they make it through the winter. 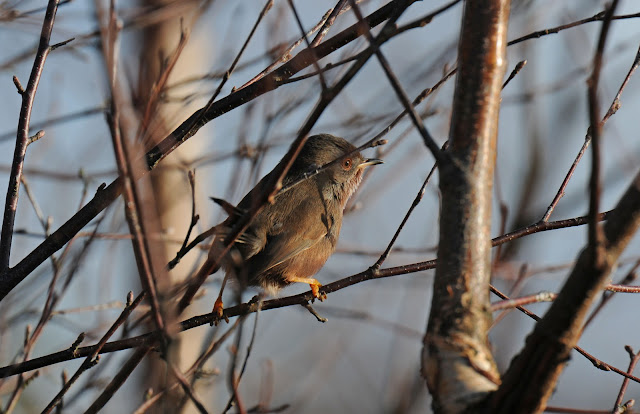 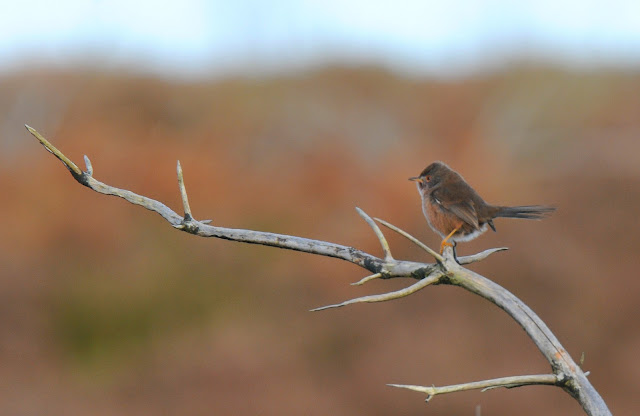 Lens and camera both safely back in hand, where better place to get back into the swing of things than the luscious, rolling countryside of Staines where no fewer than four Short-eared Owls have been kicking about at Staines Moor- real gem of a urban patch situated in the shadow of the roaring M25.

My only previous Short-eared Owl experience was a brief view of a dot about a mile away, over at QEII reservoir last year, so to watch four Owls confidently hunting in broad daylight was quite surreal... 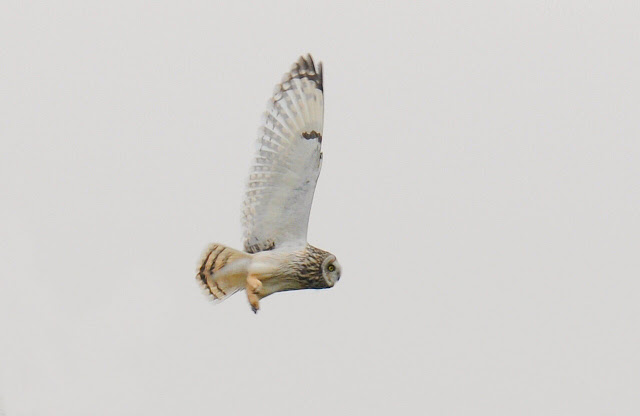 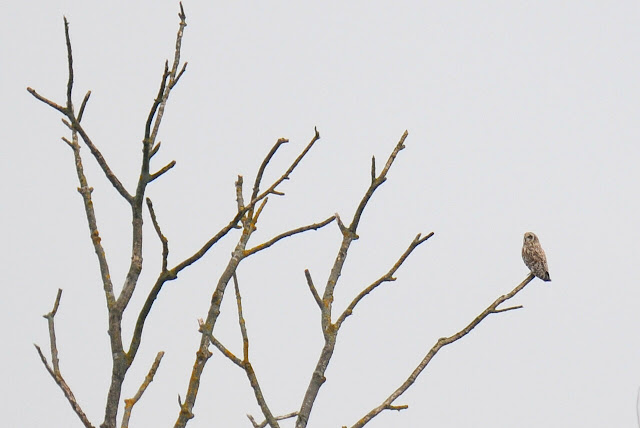 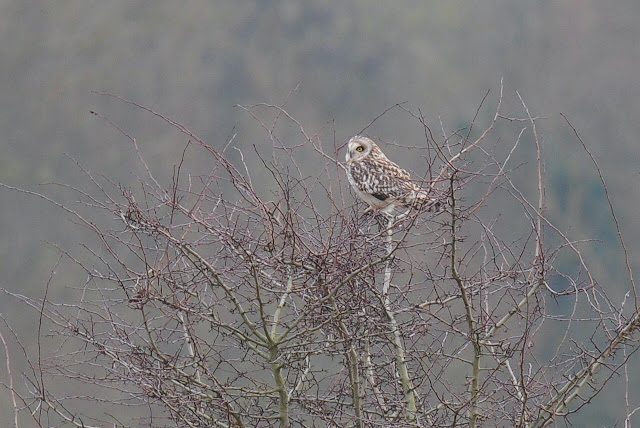 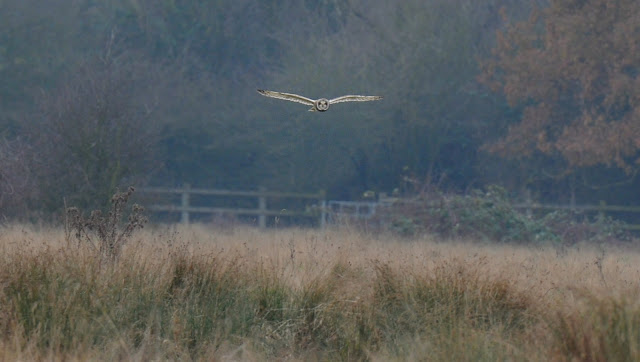 Must have taken the wrong exit off the M25 at some point... 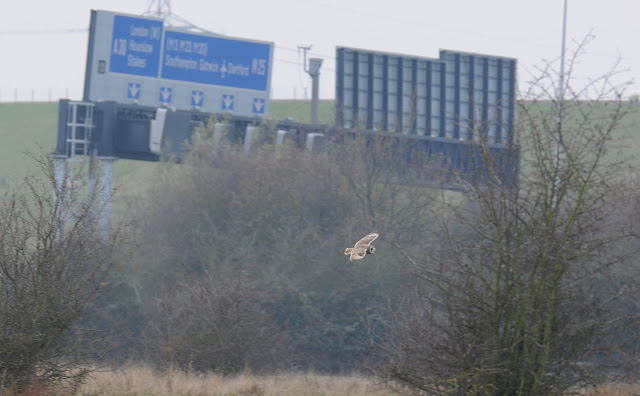 Both the beloved camera and lens combo have been away from my grasp for about two weeks now, getting themselves serviced and checked after incidents involving mud on Scilly. On the upside, its forced me to do some proper local birding with a pair of binoculars (apparently birdwatchers are supposed to use them?) down at my local patch, Stoke's Field- a place so overlooked, that if you don't own a walkable dog within a mile radius, I can guarantee you wouldn't have heard of the place. Surrounded by the A308 on one side and a housing estate on the other, Stoke's Field basically consists of a few muddy paths trodden into a two or three hectares of woodland, with a small grassy hillside at the top- it's so small, you can quite easily walk the entire site in about 15 minutes.
I've think I've mentioned it just once before on this blog- a few years back- which considering the fact that it's not even a two minute walk away from my front door, gives a bit of a bad name to the idea of regular patch birding. Anyway, I've been visiting more frequently this year, and just the other week notched up a brief flock of 15 Crossbills making their way high over the hill (it doesn't have a name), as well as a Woodcock back in March, and a pair of Mandarins on a 'pit' of water, which I think might be a pond.
However, the real breakthrough came last week, when a pair of stocky finch dropped down into a large sycamore whilst I completed a normal circuit of the patch. Looking down at me were two stunning male Bullfinch, only my second in the London area, after a few isolated records in Bushy Park in the last couple of years... 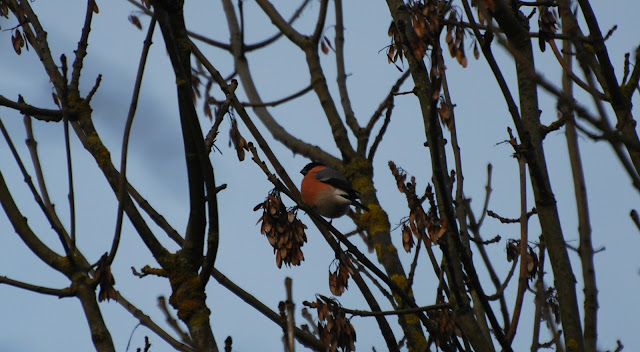 Admittedly, they can be locally common birds, but to see them in such an urban setting, just minutes from my own back garden, in such a familiar setting, really highlighted what I've missed about patch birding... I won't ever abandon you again, my beloved little Stoke's Field.
No comments:
Email ThisBlogThis!Share to TwitterShare to FacebookShare to Pinterest
Newer Posts Older Posts Home
Subscribe to: Posts (Atom)