Some of you may remember (how could you not?) that last year I bought a set of moth pheromones tailored specifically to attract the secretive, retiring family of moths known as Clearwings.

They worked to great success when I tried them in the garden during what can only be described as a very 'different' June, weatherwise. Clearwing lures work best on warm, sunny, breezy, with a slight breeze to carry the scent. I can think of many ways to describe the weather so far this summer, and those three words don't feature.

The other weekend saw a slight break in the clouds, producing just enough of a weather window to string the lures up in the garden, and encourage a few moths onto the wing.

Orange-tailed Clearwing- 4 of which turned up within the first 15 minutes... 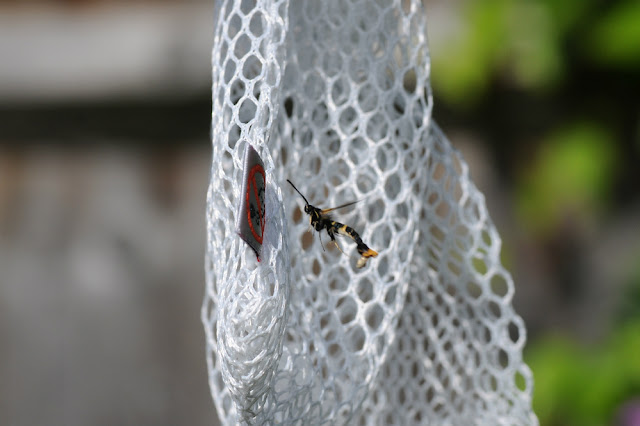 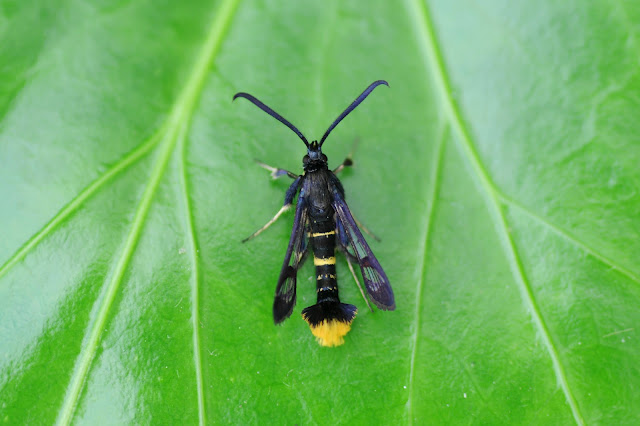 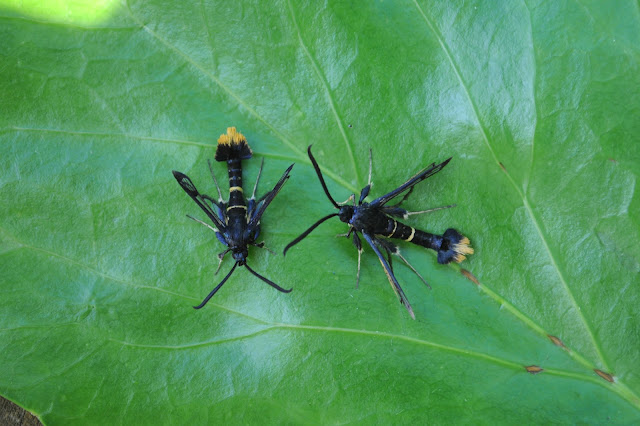 Orange-tailed Clearwing (right) posing with a worn Yellow-legged Clearwing, the latter of which has probably colonised an Oak tree across the road from our garden... 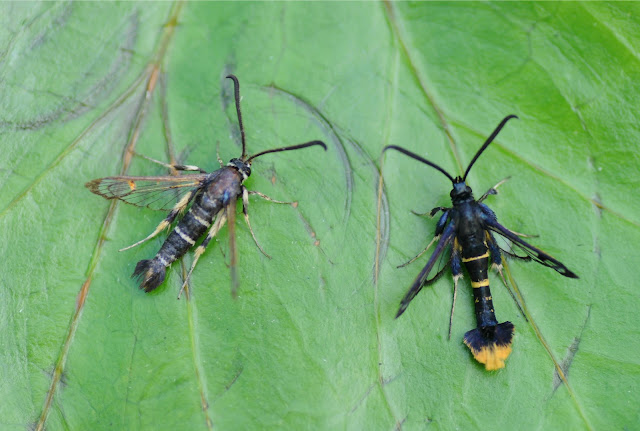 This Red-tipped Clearwing showed up completely out of the blue later in the evening. It actually has its own lure specifically tailored for it, and shouldn't be respond to the 'VES' lure that I use. I'm definitely not complaining though, as it saves me a good tenner that would have been spent on buying the proper lure for it later in the year! 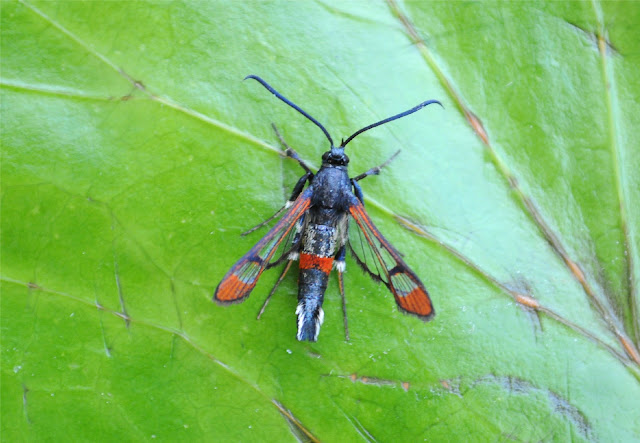 Did Someone Say Summer?


Literally, I've seen so much wildlife over the past month that I just haven't had time to share it all with you. A weeks ago, it rained, and a Blue tit flew into the garden. Then, like at the same time, a Pigeon flew over! Then, it rained again, and I saw a Frog. Yesterday, you won't believe this, but I saw a butterfly on a flower. It was truly amazing.

Seriously though, its been the worst start to a summer weather-wise that I can remember, and this, of course, has had an adverse effect on basically everything, including my motivation to do anything that vaguely involves prancing around meadows chasing butterflies, or squinting at distant Stonechats perched on dead bracken in the extremely wild, untouched landscape that is Bushy Park.

It's annoying, 'cos I had plans to go out and photograph early season insects, specifically the engimatic Glanville Fritillary, confined to the Isle of Wight, and extreme south coast of England. No doubt the bad weather has capped their flight period, along with many other butterflies. It isn't even worth talking about moth trapping this year. On the rare occasion that a suitable night has arisen, the moth trap has either been plagued with those bloody Cockchafers (there's a reason they're called that), or has produced numbers less than I'd expect on the coldest nights in February.

Saying that, I did get out into the garden yesterday with the Clearwing pheromones from last year, to great success. Photos of them to follow.

This is usually the point where I'd say something along the lines of 'it can only get better', or 'lets hope things pick up', but you don't need to be a meteorologist to know that's probably not going to happen. Just a typical British summer.
No comments:
Email ThisBlogThis!Share to TwitterShare to FacebookShare to Pinterest
Newer Posts Older Posts Home
Subscribe to: Posts (Atom)