Much in the same way that Steve Gale runs a competition for the first person to see a Wheatear every spring, I too run my own wildlife-inspired competition early in the year. However, instead of congratulating people finding Wheatears, my competition celebrates the first moth to be flying in the harsh conditions of early-January, and the hardship and determination that comes with survival at this time of year.

Granted there are a few flaws in the idea; obviously there is no way of awarding a moth with an actual trophy, which means that the competition usually just ends in me buying myself a congratulatory Creme Egg and eating it in alone in the street whilst harbouring a mixture of powerful emotions including (but not limited to) smugness, self-guilt, embarrassment and confusion. 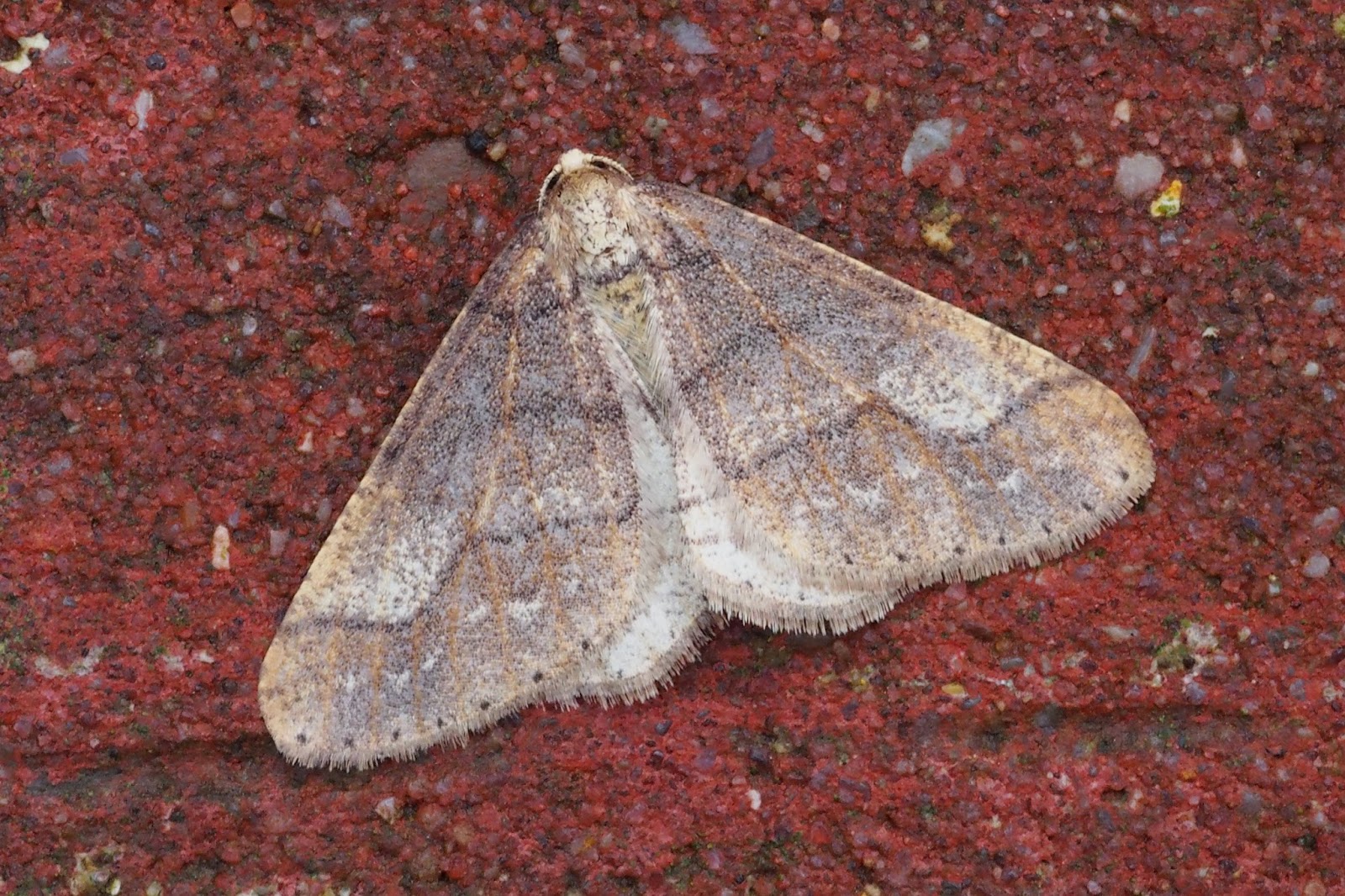 Anyway, the 2015 'trophy' goes to this Dotted Border which was attracted to the lit kitchen window yesterday night! Whoop!