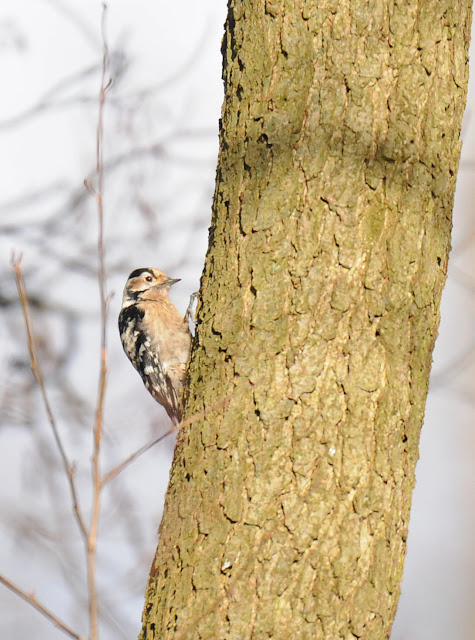 As is now commonplace across many of its former haunts in Britain, Lesser Spotted Woodpecker has become somewhat of a rarity in Bushy Park, with numbers dropping year on year to probably only a single breeding pair at present. Last year in the Park, a pair became active from mid-February onwards in the Canal Plantations, and so it was a relief last night to read that yesterday, Royal Parks birding ace Tony Duckett had come across the first bird of 2013, in the same stretch of oak trees as last year's woodpeckers. Ridiculous plans to twitch a seagull in Eastbourne were duly scrapped, and I headed down to the patch late this morning for this increasingly rare sight in the Park.

A few Parakeets and Treecreepers later, I found myself on the south side of the Canal Plantation enclosure, where the female was showing brilliantly, actively feeding and drumming in front of the four of us who had braved the cold wind to enjoy this bitesize pecker. No sign of a male yet, but its still early days- I'm looking forward to keeping up with their progress throughout the next few months. 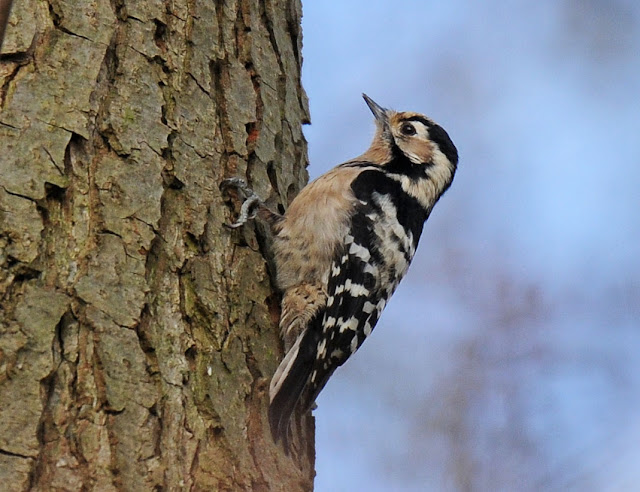 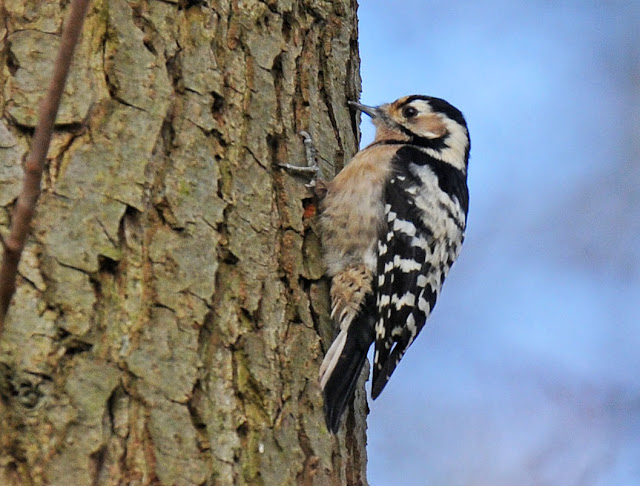 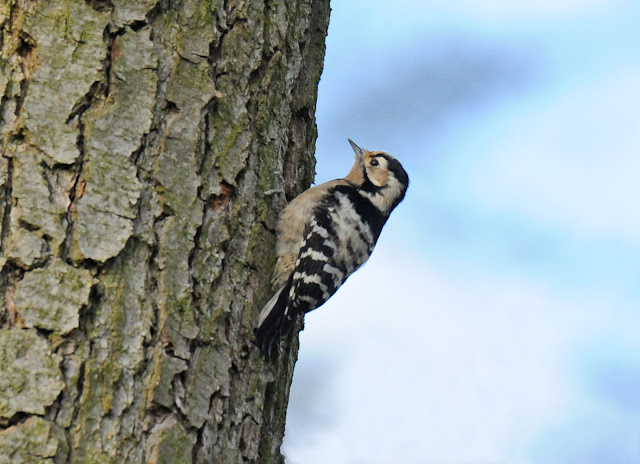 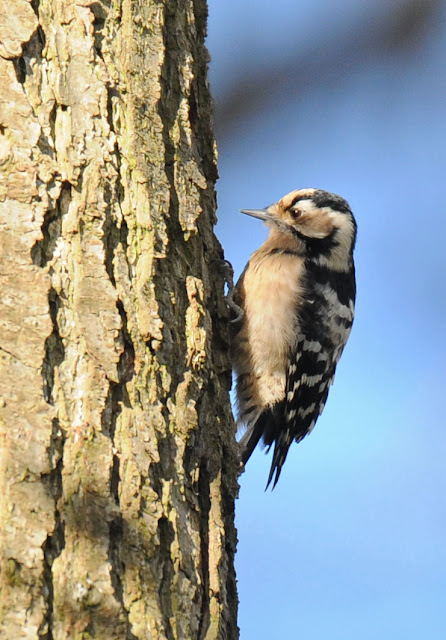 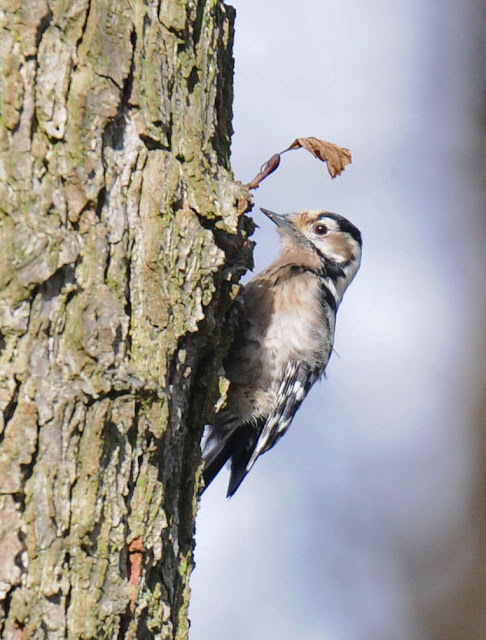 Excellent. When does the male typically show up?

Dom, both birds usually show up from mid-February, and can be relatively easy to find through to the end of March. Since posting, I believe the male has been seen on a few occasions.