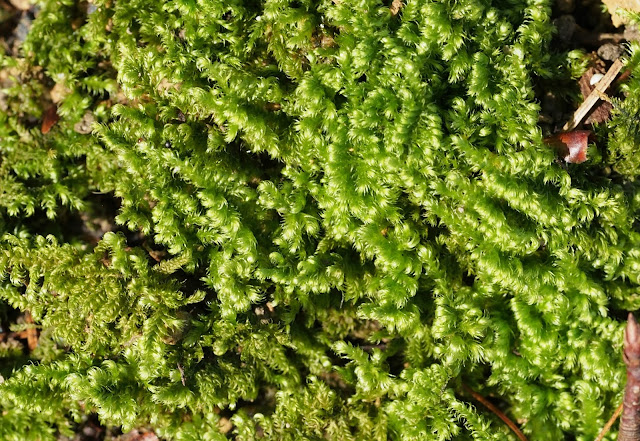 The first moss I've attempted to identify this year - Ctenidium molluscum (Chalk Comb-moss). Found on Denbies Hillside in some barmy February sunshine last weekend. Even managed to fit in a half hour snooze on one of the south facing chalk slopes. Bryophyte recording at its best.
No comments:
Email ThisBlogThis!Share to TwitterShare to FacebookShare to Pinterest 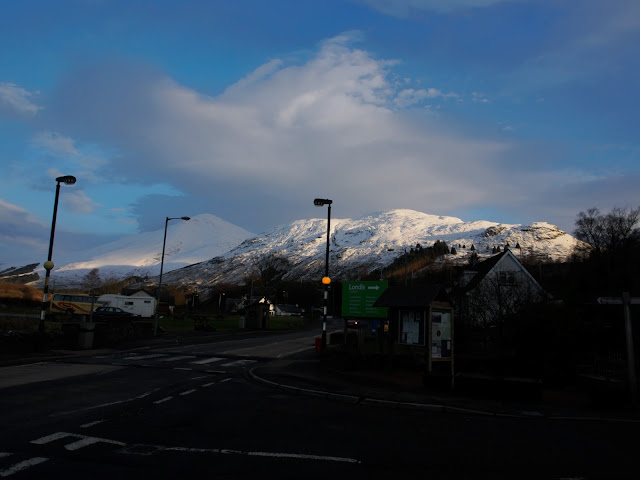 A couple of years ago, whilst awaiting a change-over train to take me up to Mallaig during my Hebridean organic farming adventure, I found myself briefly landed in the tiny village called Crianlarich, nestled away in the mountains north of Loch Lomond.

The breathtaking backdrop to the village is dominated by Ben More, one of the highest peaks in the UK, and on that hot summer's evening sitting on the platform I only wished I'd given myself some time to explore it's heights. 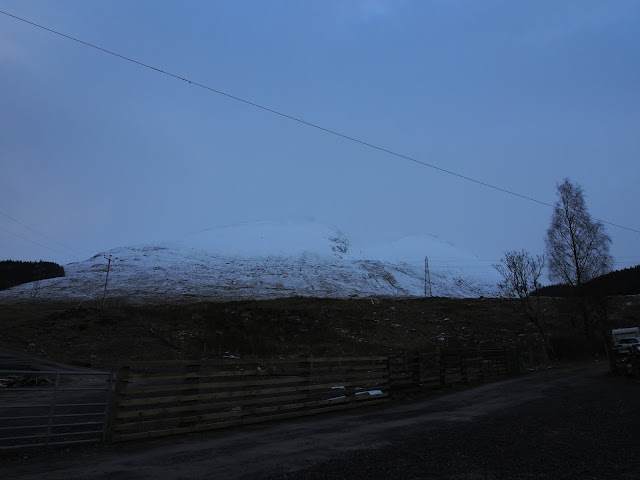 Last weekend I jumped on the train, booked myself into the Crianlarich YHA and decided to give it a go. 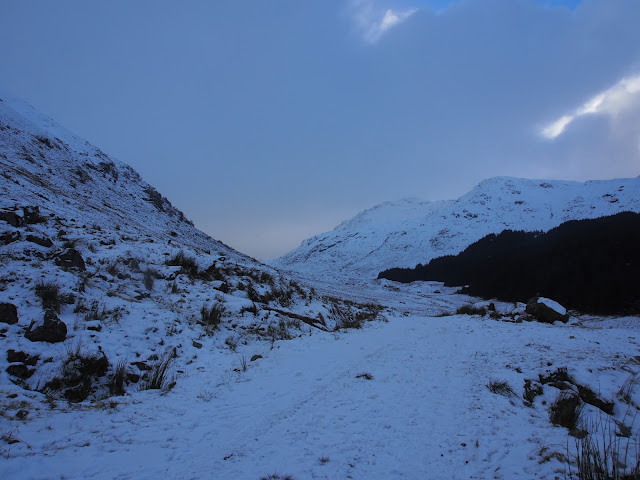 The route saw me follow a windy track from Ben More Farm up through a spectacular glen to reach the west side of the mountain, at which point it was a matter of heading straight up the steep slopes towards Bealach-eadar-dha Beinn, an 850m mountain pass between the twin peaks of Ben More and Stob Binnein. 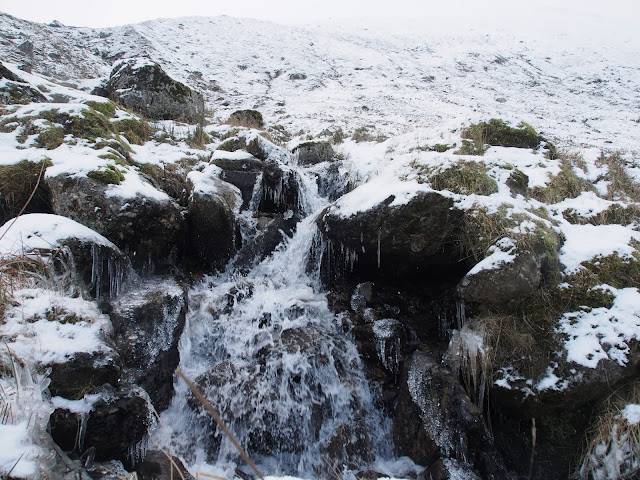 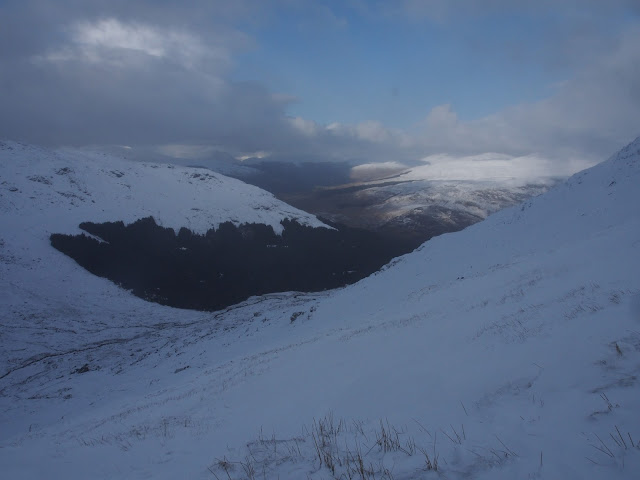 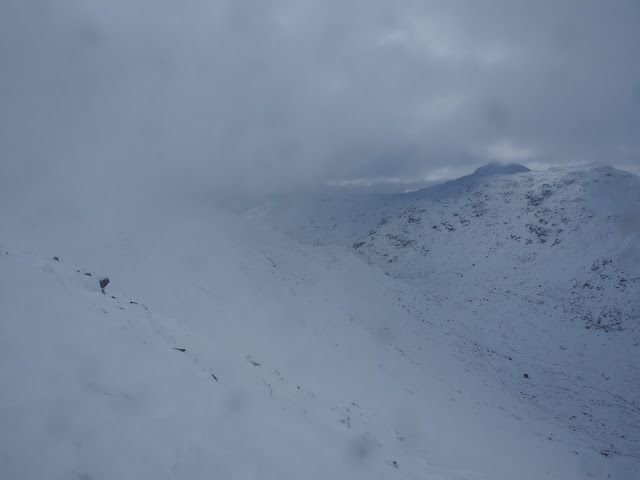 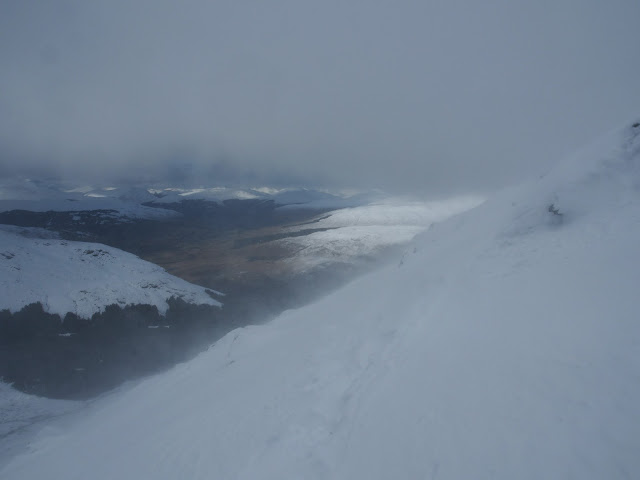 It was bitterly cold, with 70mph wind gusts and snow that was 3 feet deep in places, but I wouldn't have rather been anywhere else in the world. I reached Bealach-eadar-dha Beinn early in the afternoon after 3 hours of climbing, at which point the skies suddenly cleared, the sun came out and I was treated to an unrivalled vista of Scottish mountains, hills and valleys all coated in white stuff. 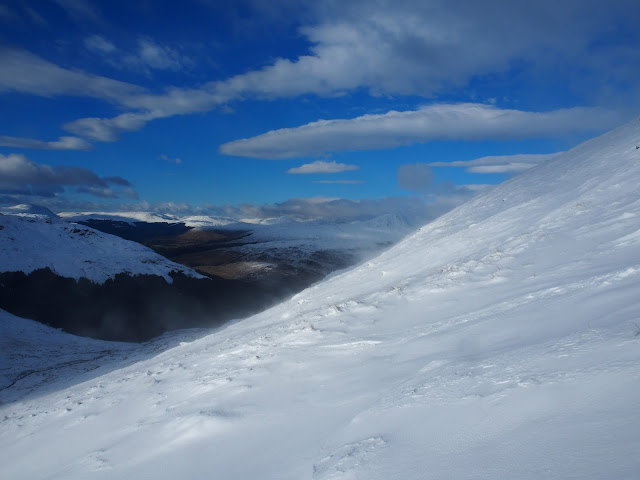 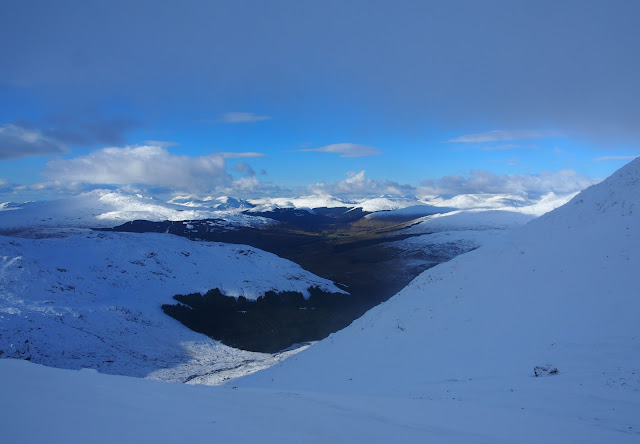 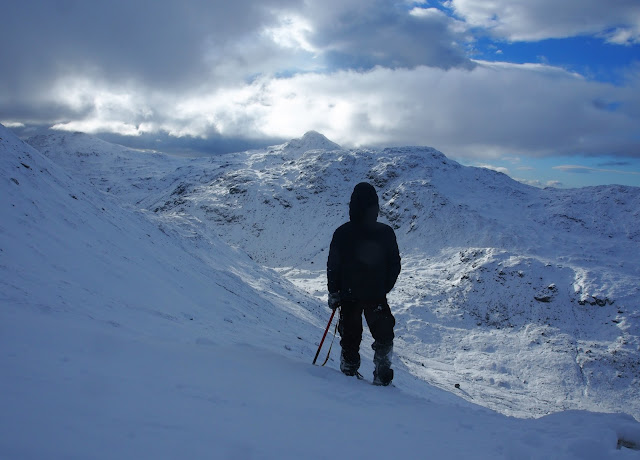 After a long period of pensive gazing, I turned my back on the view and started heading up to the summit of Stob Binnein which was once again shrouded in cloud.

Having been nicely sheltered from the worst of the easterly winds on my ascent, I was now totally exposed and it wasn't a pleasant experience. My cell phone (which I'd been using to navigate along the final ridge) suddenly froze in the wind chill as did my water bottle, and although my coat and fleece-lined trousers were keeping my innards toasty, I quickly learned the hard way that the old gloves I was wearing weren't cut out for this kind of cold anymore - they'd become rigid around my hands!

With the summit tantalising close, I carried on. I say 'carried on', but it was more of an onward stumble akin to the kind you might remember seeing in the final scenes of that recent 3D blockbuster Everest when all those climbers get hopelessly caught out in a really bad storm. 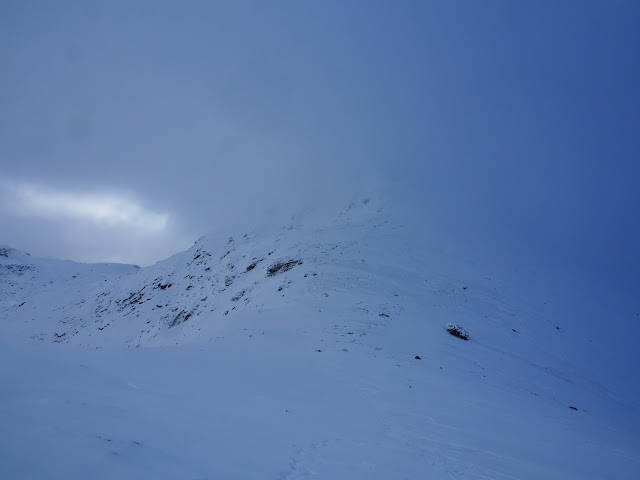 I wised up just below 1000 metres and called it a day when the wind finally made it impossible to walk forward. The sky opened up again as I headed back down through the clouds, and any feelings of anguish at not making the summit were quickly lost. A sublime sunset behind the mountains was a nice way to round off a memorable weekend! 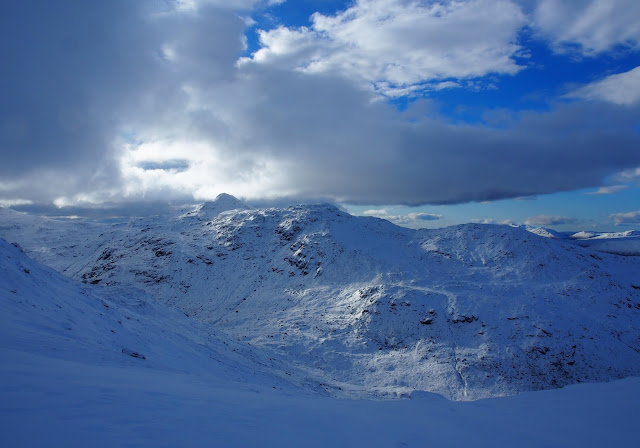 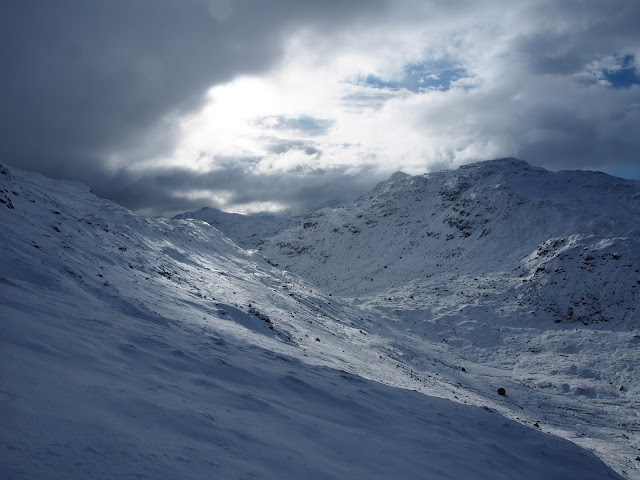 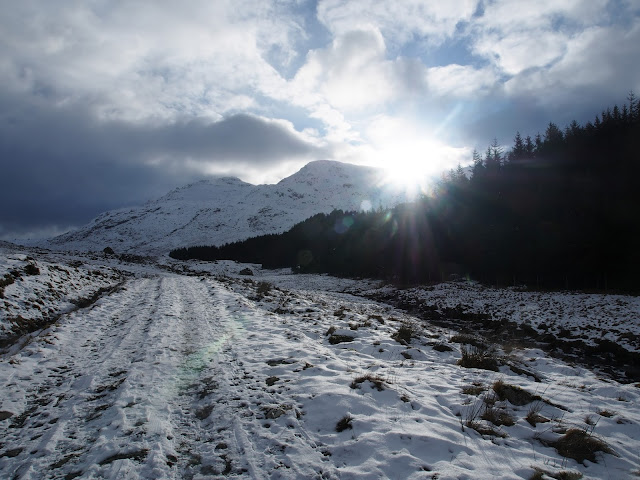 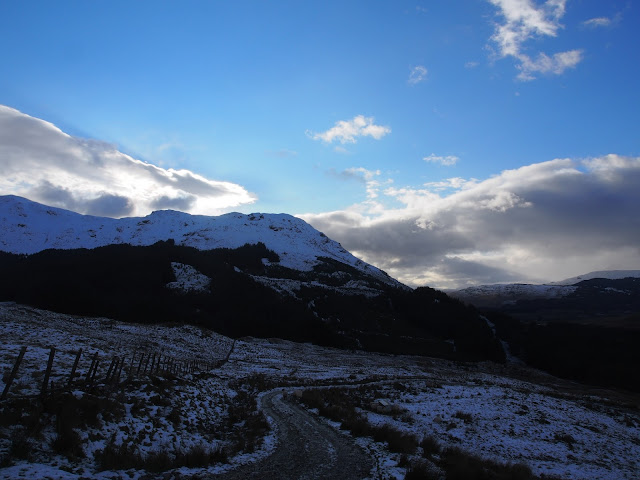 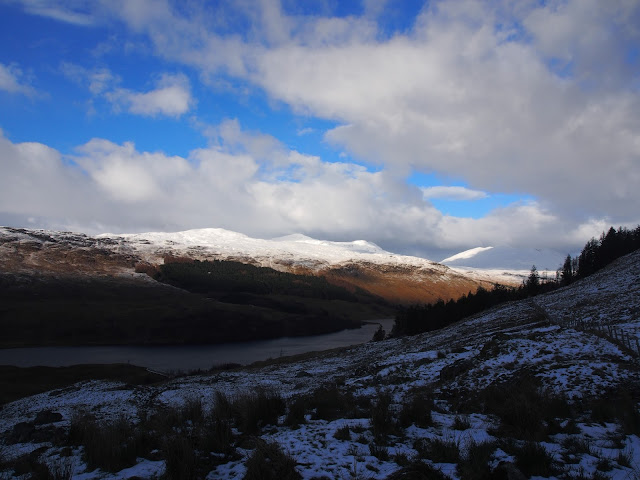 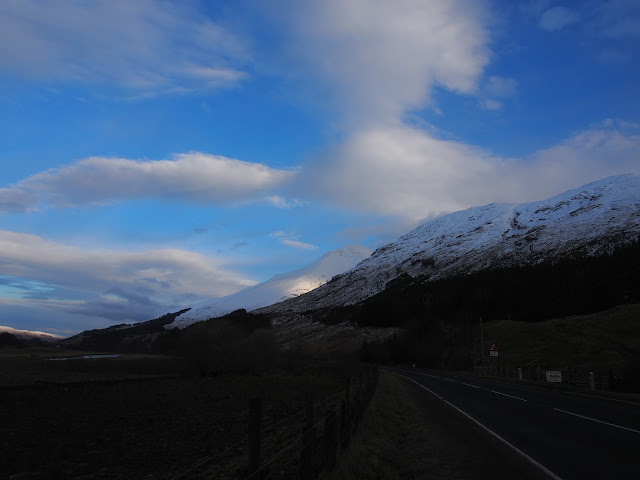 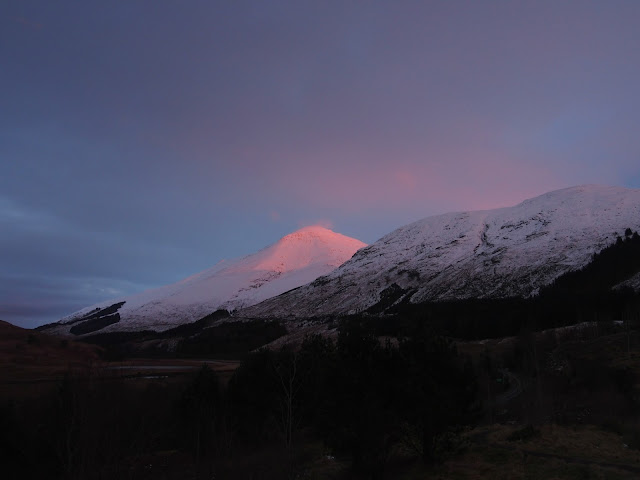 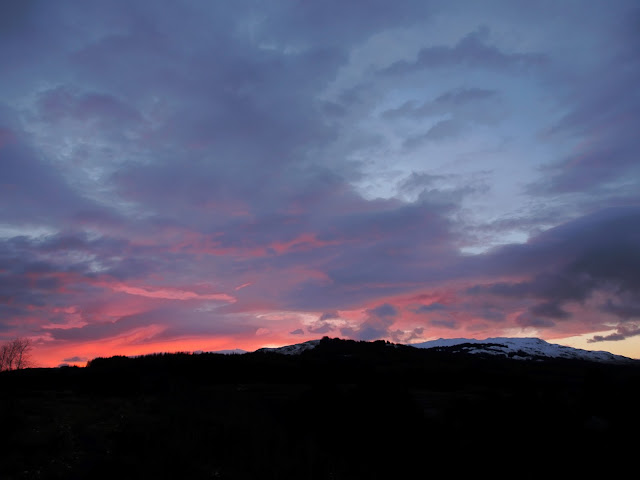 I found myself strolling through Richmond Park yesterday afternoon armed with not only a pair of binoculars but also a camera, meaning I came away with some bird photos for the first time in a long while. I was searching in vain (as I usually do) for Lesser Spotted Woodpeckers, mainly in preparation for the park-wide survey of the species taking place later in the month.

My lack of success can probably be attributed to almost constant distraction by the park's healthy winter population of Stonechats. Any photography fieldcraft skills I once possessed have long been forgotten, but you don't need any particular stealth skills when it comes to getting close to these fantastic little things. They seem quite unfazed by the stream of dog walkers and families with which they share the grassland. 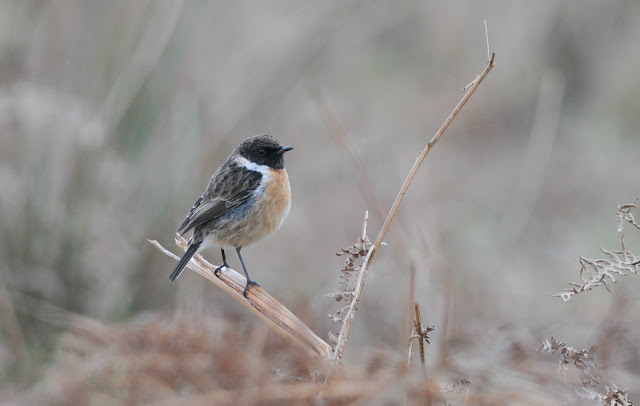 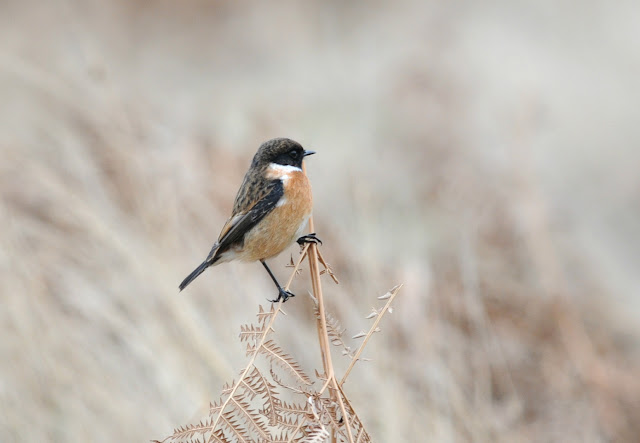 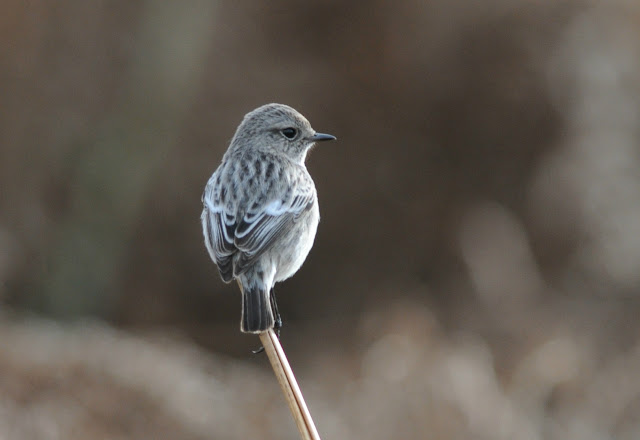 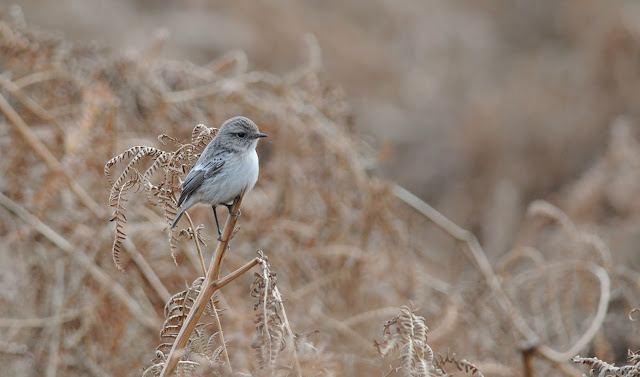