Today it all hands on deck to complete the week's butterfly surveys while this superb run of weather lasts. Up on the Bindon Hill transect there was plenty of activity. Wall, Green Hairstreak, Small and Adonis Blue were all out in force, with smaller numbers of Brown Argus, a tatty Painted Lady and the star of the show a single Lulworth Skipper. I haven't seen one of these since a family holiday in Dorset back when I was just a wee little lad. I was very much new to world of lepidoptera at the time, and I still vividly remember my elation when one whizzed into view and landed on the slopes at Dancing Ledge. 12 year old Bill's Birding would have had a hard time believing you if you told him he'd be back a decade later getting paid to survey Lulworth Skippers. 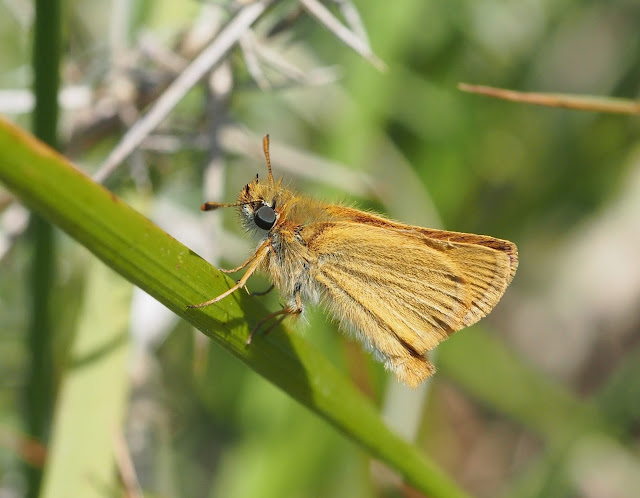 Lots of silky balls of crawling Small Eggar caterpillars are appearing in the blackthorn hedges around Lulworth. The adults of this nationally scarce moths are a spectacular sight; the caterpillars maybe not quite so much. 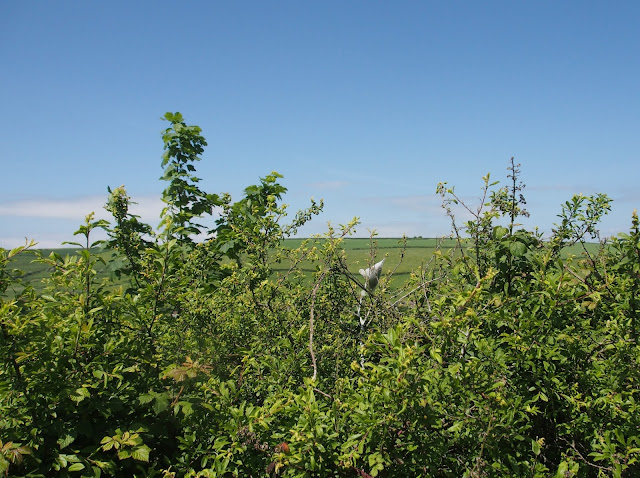 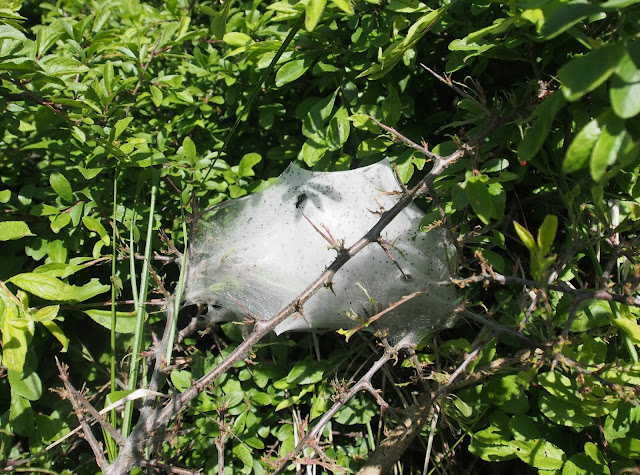 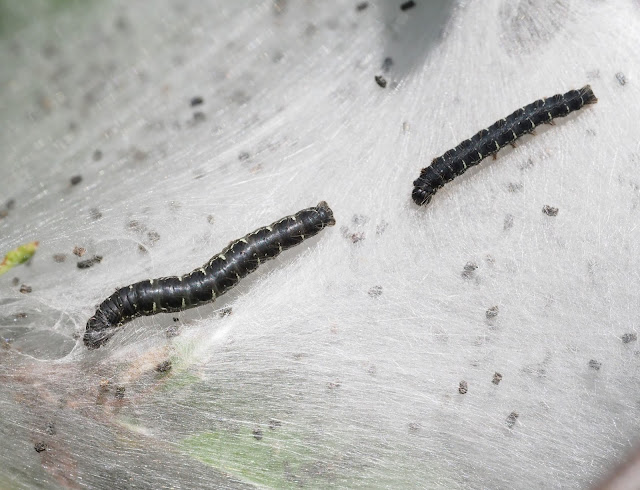 It was another stunning day on the cliffs. 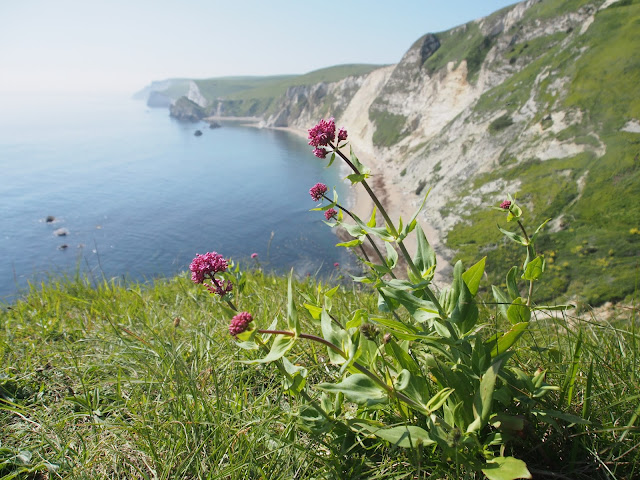 Still got the Foresters to come - Bindon Hill is amazing!

I am eagerly anticipating my first Foresters!

Great to hear you're down this way (or should that be up from NZ?). I'm living at DD caravan park whilst I'm here. Think I'm in Scotland on the weekend of 24th, but anytime around then I'm sure we'll bump into each other. I'll get the MV trap ready!

I think we arrive the 24th for the week so sounds good! Get the bat detector out as well, there's Barbastrelles use that valley just west of the caravan park