SANG in the making

I've been up and out in the field at early o'clock all week carrying out bird surveys on one of our local semi-natural woodland sites called Coombe Wood. It's going to be turned into something called a SANG (a Suitable Alternative Natural Greenspace), which means that it'll get a big makeover in anticipation of a large housing development project nearby; the idea behind this being that the SANG will have the effect of pulling in dog walkers from the new housing, thus reducing disturbance on the nearby Smooth Snake, Sand Lizard and Nightjar infested Winfrith Heath.

At the moment access to Coombe Wood is via a 4x4 vehicle track, and one of our jobs is to draw up a suitable new circular route for the public to use. Of course it isn't that simple though. The wildlife on Winfrith Heath may benefit from the new SANG designation of Coombe Wood, but this relatively undisturbed woodland has its own ecosystem that will take a hit. Bird surveying in the woods so far this spring has revealed Firecrest, Marsh Tit and Siskin breeding territories, and vegetation surveys are suggesting a similarly lush ground flora. It's the classic ecological conundrum that comes with urban development.

I've been building up a nice little list of invertebrates found whilst surveying in the woods. Nemaphora degeerella, Alabonia geoffrella and the bluebell tortrix Hysterophora maculosana are the commonest day flying moths at the moment, with a few each of Small White Wave, Cream Wave and Nematopogon metaxella disturbed from vegetation every now and again. I found my first dung beetle of the year, a stunning Onthophagus coenobita, by rummaging through some fresh horse doo-doo along the bridleway, and an equally superb Two-banded Longhorn beetle landed on me whilst we had our heads in a plant quadrat underneath a canopy of Corsican Pine. You know, as you do. 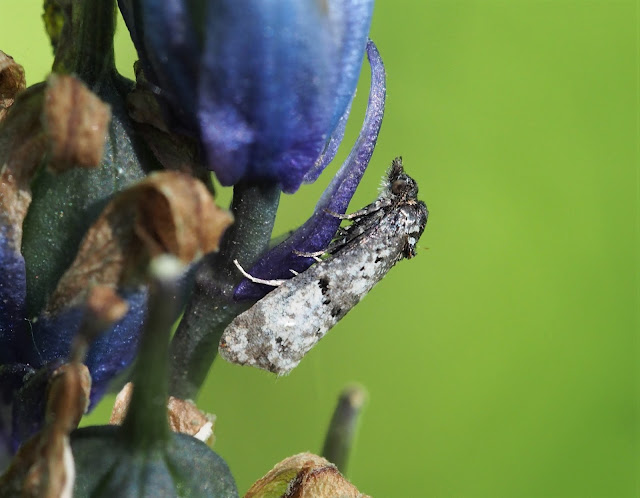 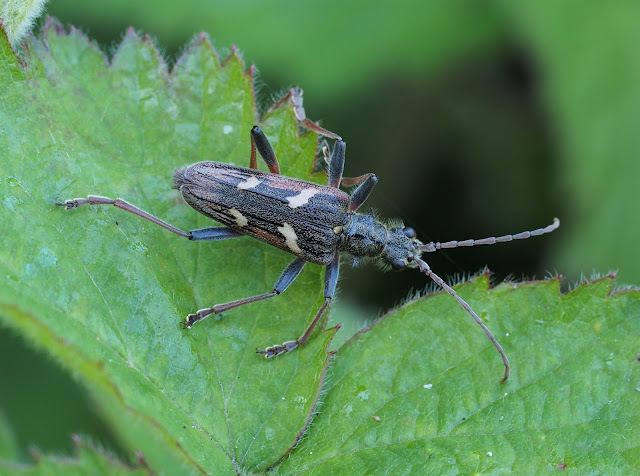 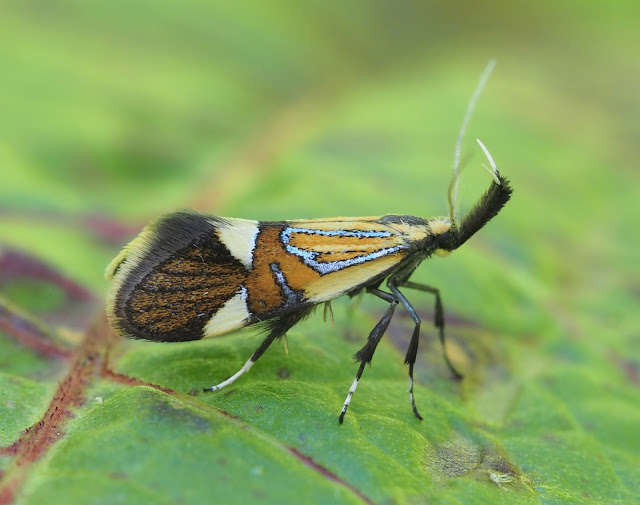 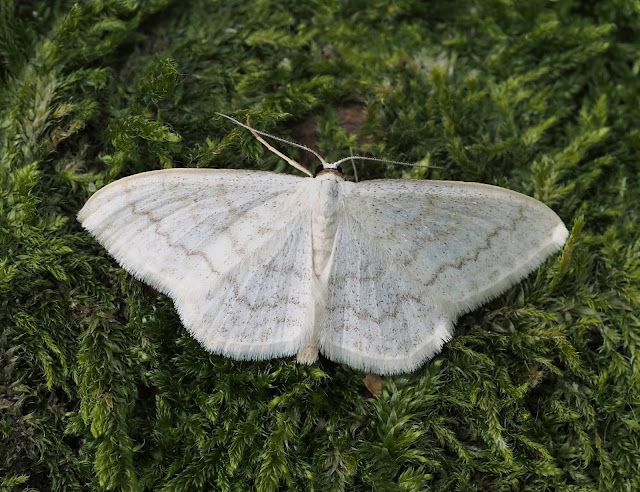 A lot of Coombe Wood looks like this - mature stands of hazel with herb-rich glades. Other parts are dominated by conifer plantations (full of Siskin and Firecrest territories) owned by the Forestry Commission. 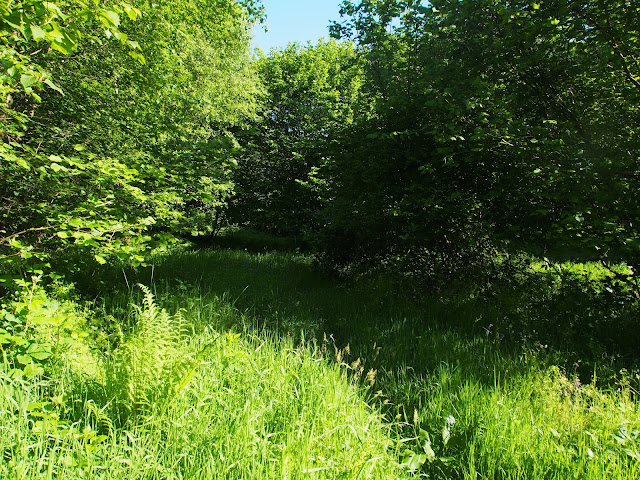