A fresh and chilly start at Grimley gave way to a mild and bright morning's session on the Uni patch. It was very much a day dominated by Sand Martins, with the number of birds whizzing over the Pits probably reaching three figures- a heavy arrival considering another local had 5 on Monday! Up to 7 Redshank were making their presence known around the shore of the northern pit, and with the added cacophony of several Oystercatcher, you could close your eyes and quite easily be on the rugged west coast of Wales- brilliant stuff!

A group of 9 Linnet were feeding in short grass near the northern entrance, and a Raven drifted high east accompanied by a pair of Buzzard. A small flock of Lapwing- including a few displaying birds- were on the foreshore with a distant Dunlin. A Common Snipe was flushed near the southern causeway. 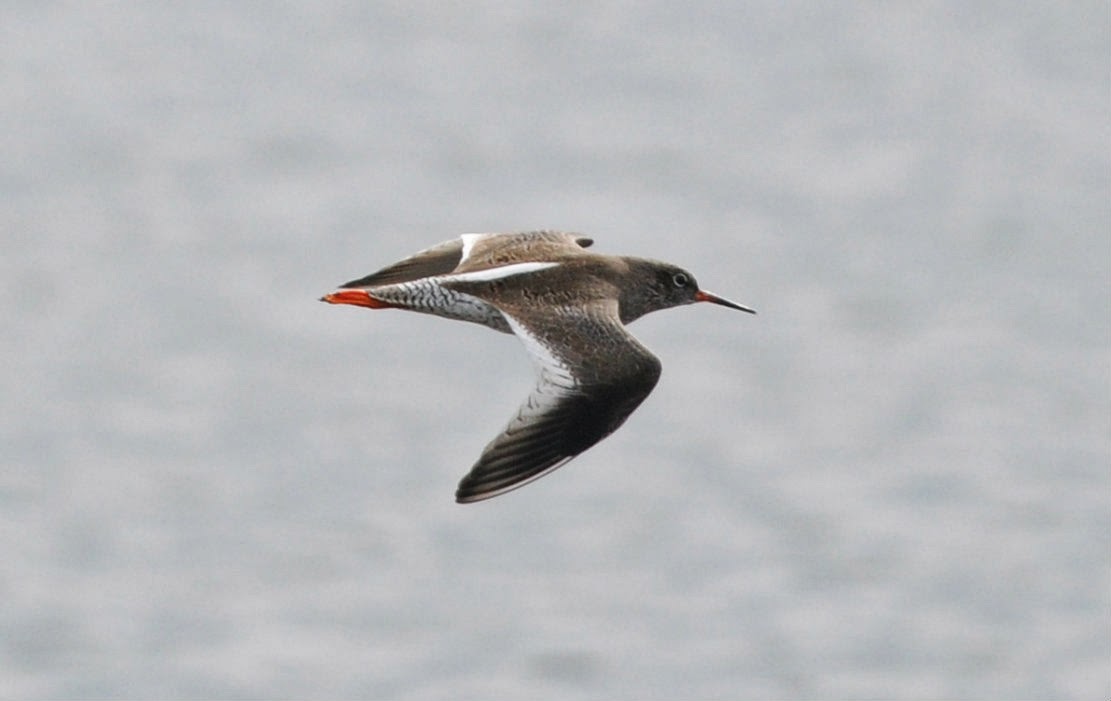 It was still a bit chilly away from the sun, so invertebrate activity was reduced. With the arrival of spring came the inevitable clouds of midges (sorry, Diptera), along with this slightly nicer looking Yellow Dung Fly (Scathophaga stercoraria)- a female judging on the less 'fluffy' appearance.

I have several moth-trapping events planned in the next few weeks, so watch this space for Blossom Underwing, Small Eggar, Northern Drab and Silver Cloud. I've just jinxed myself big time, haven't I?
Email ThisBlogThis!Share to TwitterShare to FacebookShare to Pinterest