A Guide to Spiders of Britain and Northern Europe 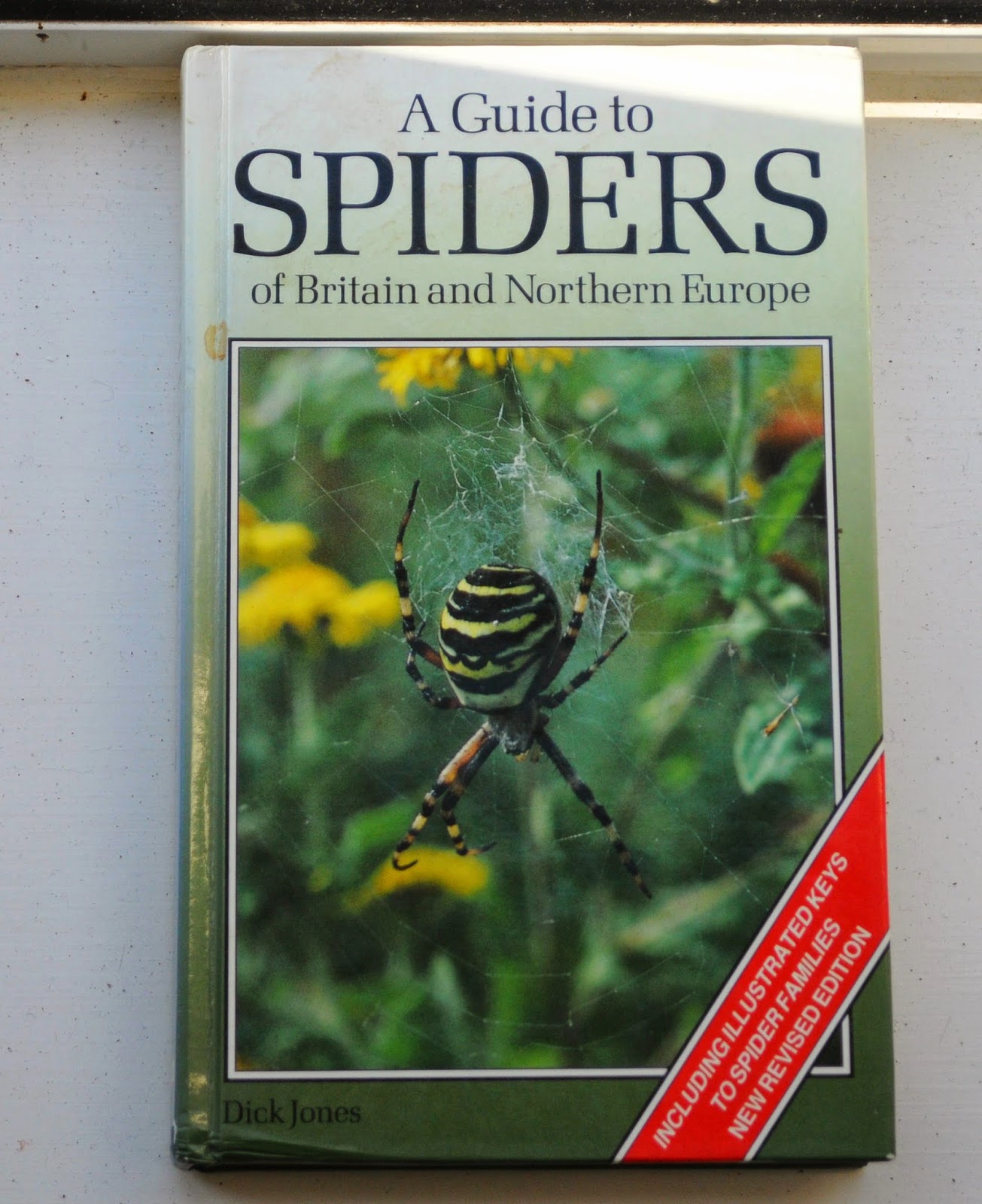 This field guide should have been on the bookshelf a long time ago but for the fact that I simply hadn't known about its existence until the other week. It's an oldie, first published in '83 and long out of print, but is set out in the same basic way that most pocket-sized photographic guides are today, with beautiful colour images and a decent paragraph or two describing male/female external features, habitat, season and distribution for over 350 spiders and harvestman found in the UK and Northern Europe. The book is split up by family, with (generally) three or four species described and illustrated on each two page spread. 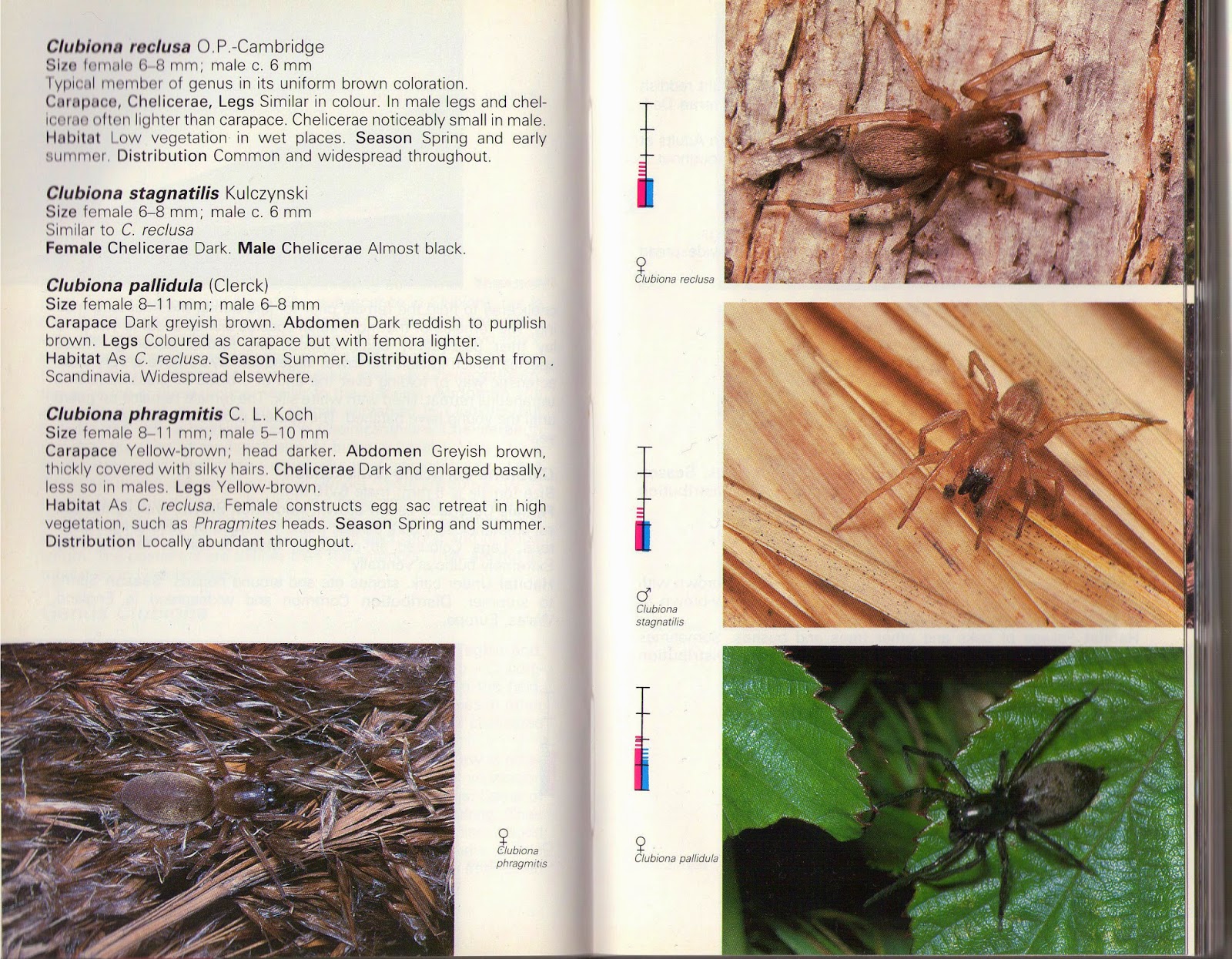 Instead of a species key, an illustrated four-page section is provided to help narrow most spiders down to family level, and thus the guide should be a great companion to Collins (1996), whose key is definitely tailored more towards the competent spider enthusiast- focusing solely on microscopic detail to identify species. Unfortunately, with many species being so similar (e.g. Pardosa, Tetragnatha etc) I wouldn't advise basing an identification solely around a photograph you've matched it up with in a field guide, and I don't doubt that there have been a some taxonomic changes since the book was published. Mind you, I can see this being a great little guide to just slip into a pocket and use in the field to become familiar with the many different spider genuses out there, even if it isn't necessarily feasible to reach a definitive identification.

I got mine as a bargain ex-library copy, but there are still a few cheap used copies floating around Amazon if you're interested in this gem of a field guide.
Email ThisBlogThis!Share to TwitterShare to FacebookShare to Pinterest

Lovely spiders, good for birds too.

Do you know I think spiders, insects, beetles and bugs are really hard to find decent books for, I often find things photograph them and end up searching the net as i have just never found a book that helps me! maybe I will see if I can get this might aid my spider identification.

Thanks guys. Ashley, go for it. A great book- but it seems to be going fast on the Amazon link since I posted this! ;-)