Despite multiple birds being present on the patch in recent months, I have embarrassingly failed to catch up with Siberian Chiffchaff in Worcester this winter. Believe me I've tried hard, and this failure was something I was willing to put behind me until a singing bird turned up at a local sewage works last week, a few miles down the road from Uni. This eastern ('tristis') subspecies isn't the easiest of birds to identify in the field (especially when silent) but a singing individual would surely be a piece of cake to pin-down right? ... Right?

I arrived at the sewage works in Powick late this morning with a renewed sense of optimism after an update on the Worcester Birding site confirmed that the bird was still singing in the NW corner of the works this morning. There were easily up to 20 Chiffchaff singing and roaming through the hedgerows that border the site when I arrived, but none stood out as anything different and there were certainly no singing Siberians to fill my ears with joy. A further six hours went by and still nothing. I checked the directions, but this was most definitely in the same place that it had been reported singing earlier in the morning. This bird (which has presumably been singing since it was first found last week) must have somehow known about my previous bad luck with the subspecies, and clearly just wanted to rub it in my face. That's my theory anyway.

Most of the Chiffchaffs in the immediate area were fairly obvious nominates, and the bird pictured below was the only one that caught my eye as looking particularly paler. Unfortunately it neither called nor sang, and plumage colour would vary ridiculously as the bird moved between sunlight and shade. I'm not going to lie, don't have much of a clue where to start when it comes to the plumage characteristics of a spring tristis, and lets be honest, if it wasn't for the fact that the bird was originally reported to be singing I would still have been in bed. 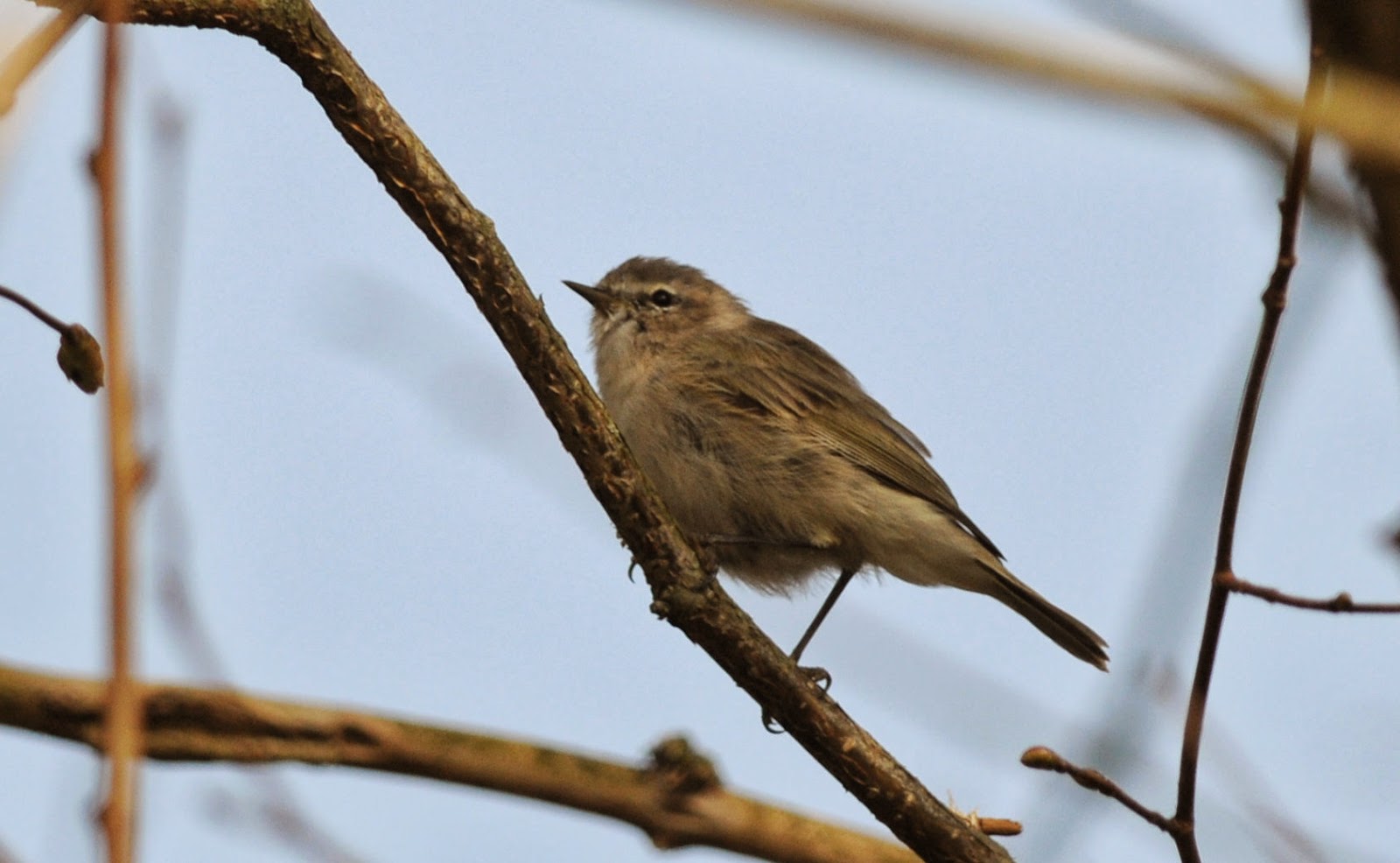 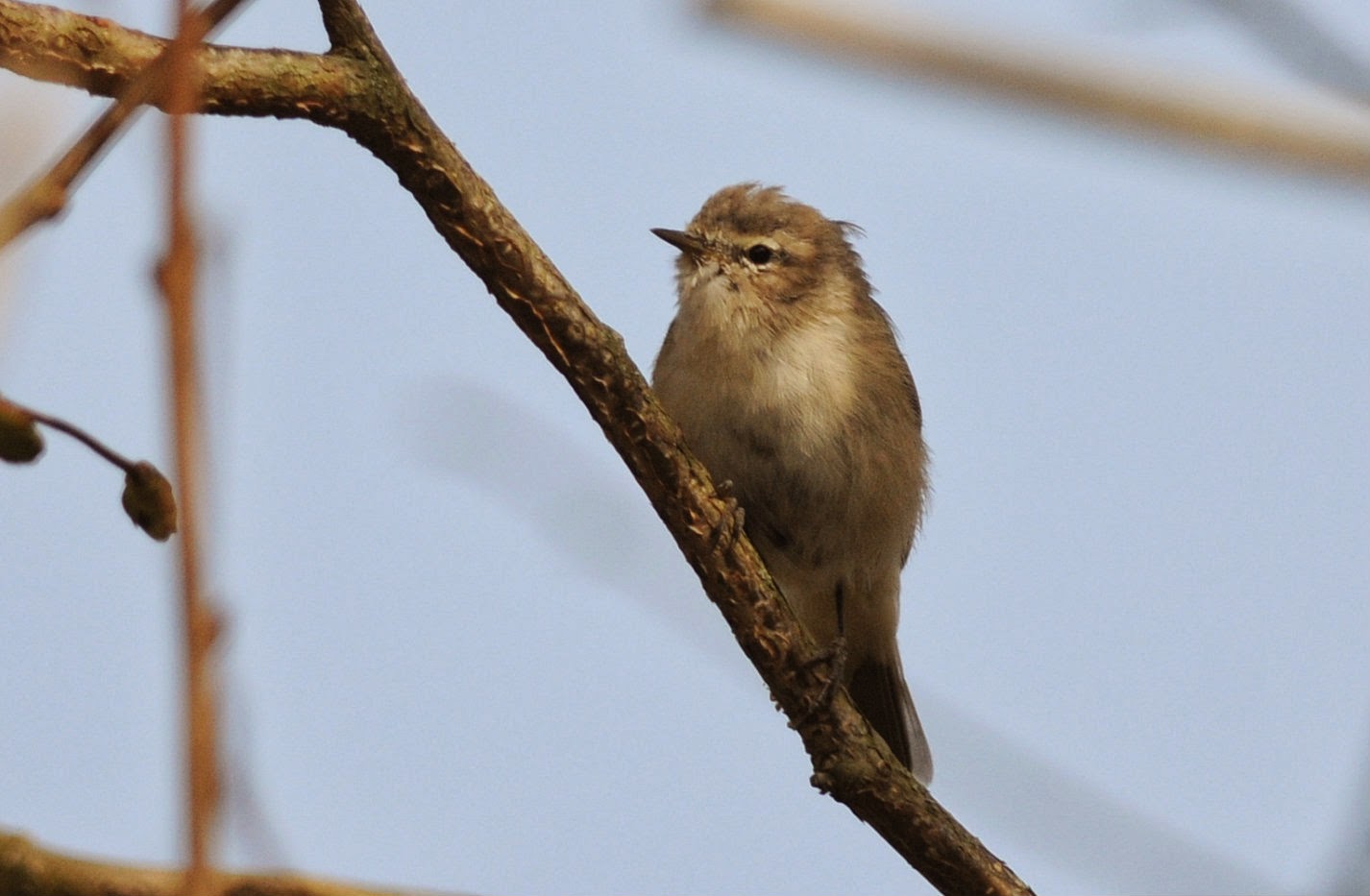