Despite not getting to bed till gone 3am after the Mousa boat trip, I was up sharp the next morning at 7am, and duly hitched a ride into Lerwick via the extremely rare and secretive Shetland bus. The plan was to hire a road bike in town, and then cycle up to the northern islands for Red-necked Phalarope. The only problem was I hadn't taken into consideration just how large and hilly Shetland is when I actually made the plan, so my lazy alter ego ditched it and spent the day cycling around the south instead.

First stop was the Loch of Spiggie, famous for it's pair of breeding Whooper Swans. Both adults were asleep half a mile away when I arrived, so attention turned to a Red-throated Diver showing particularly close to the shoreline, and sporting some smart summer plumage... 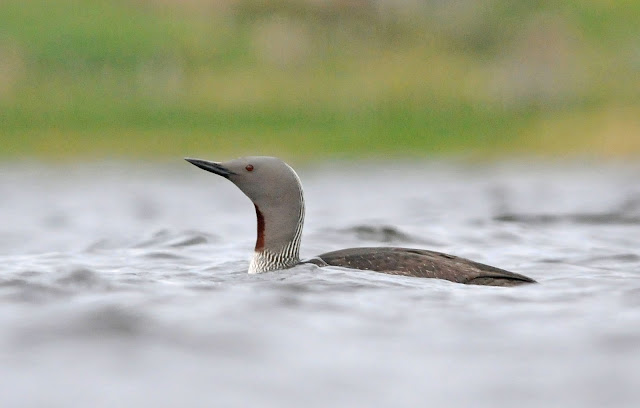 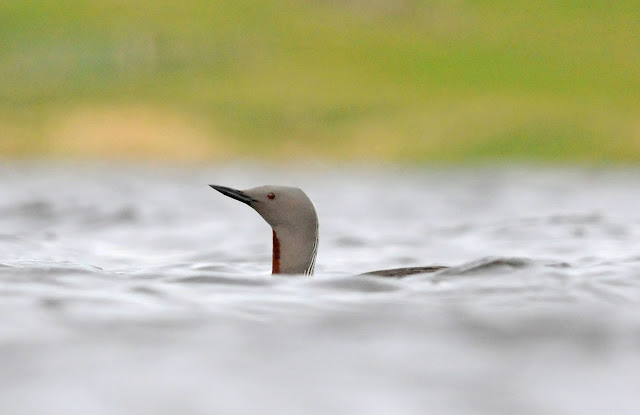 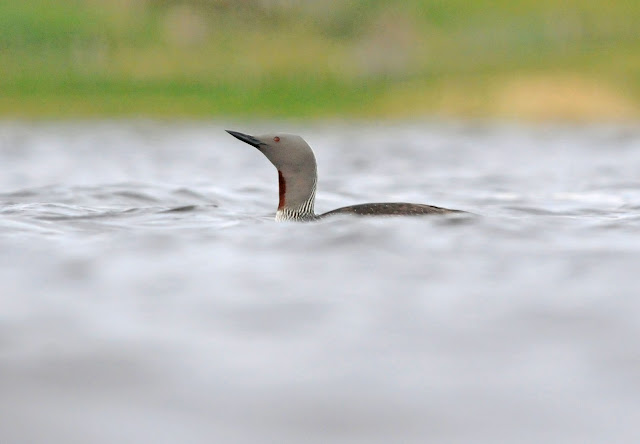 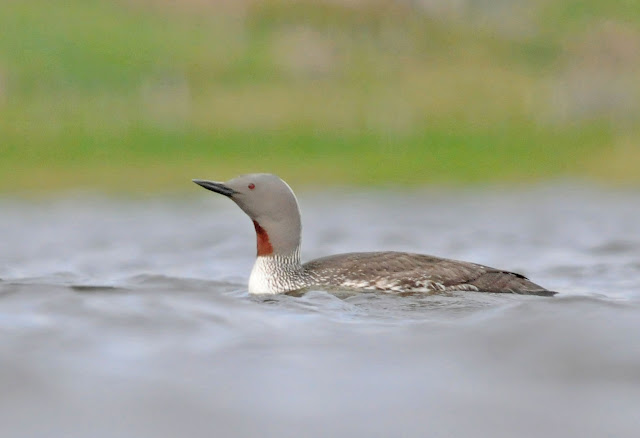 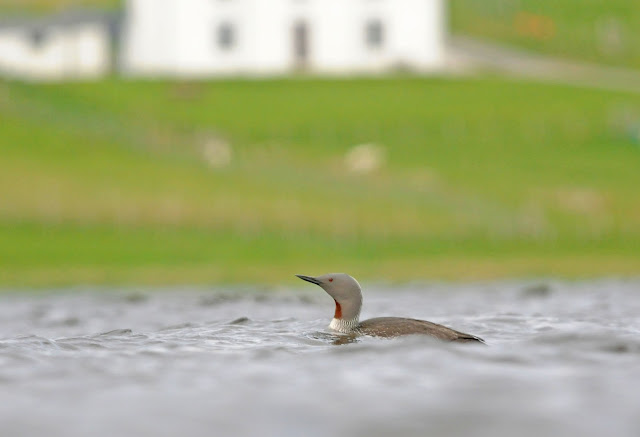 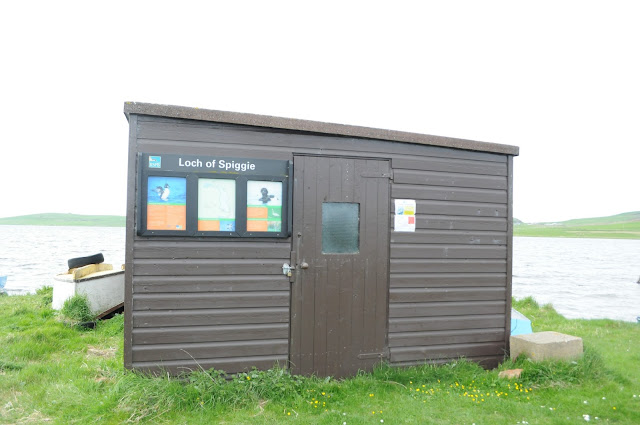 From there, it was a long cycle down to Sumburgh via the small loch at Hillwell, where a drake Scaup had replaced the American Wigeon and Green-winged Teal that were reported there yesterday. A filling ploughman's lunch was had in the Sumburgh Hotel whilst watching a distant Great Northern Diver offshore, before cycling (unsteadily) up to the Head for close up views of Puffins, Guillemots and the like.

On the way back down again I unexpectedly stumbled across a group of people staring a small, brown lark in the middle of a field, and thus Short-toed Lark was added to the trip list... 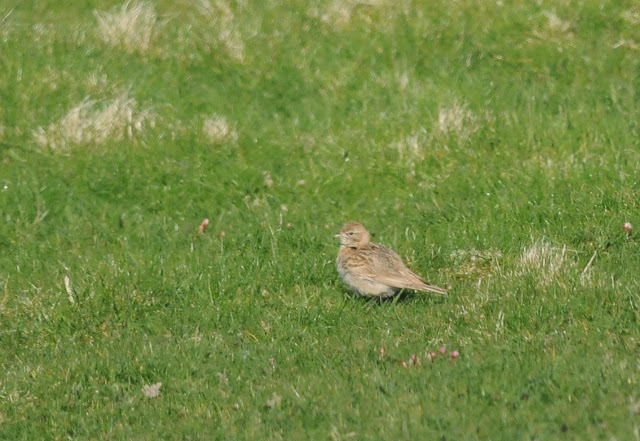 The 27th May was spent catching up on sleep, cycling the bike back to Lerwick, and taking the obligatory landscape photos to show the family when I eventually back to London on the morning of the 29th... 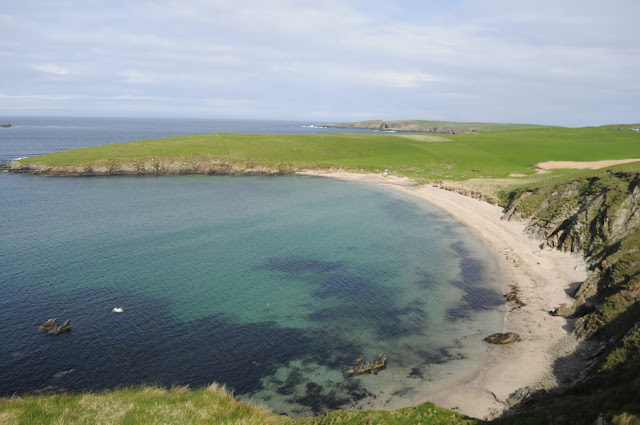 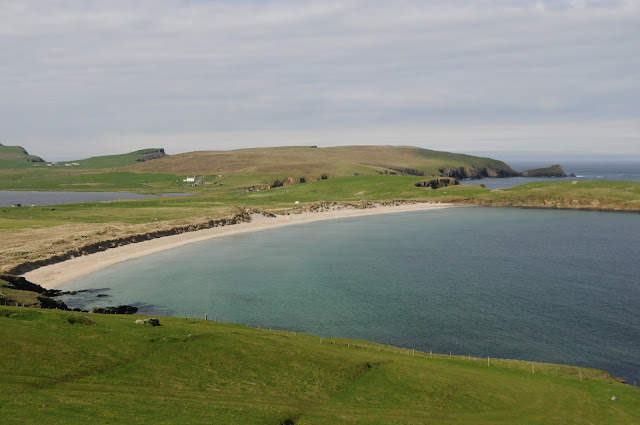 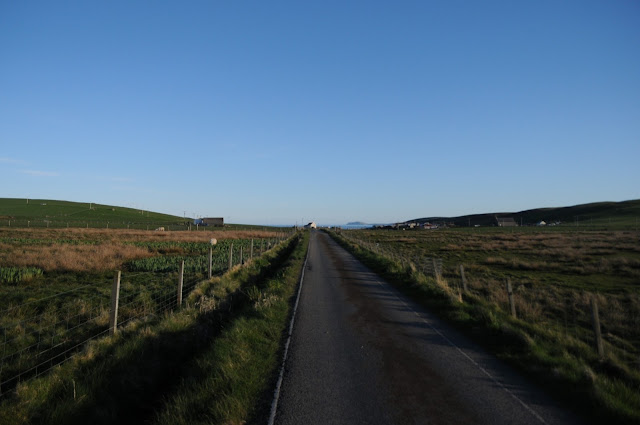 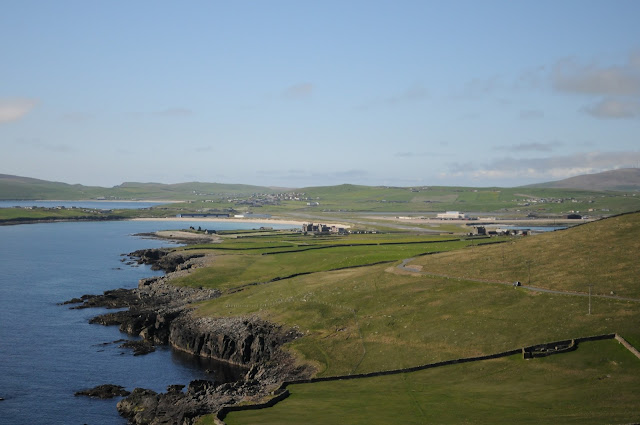 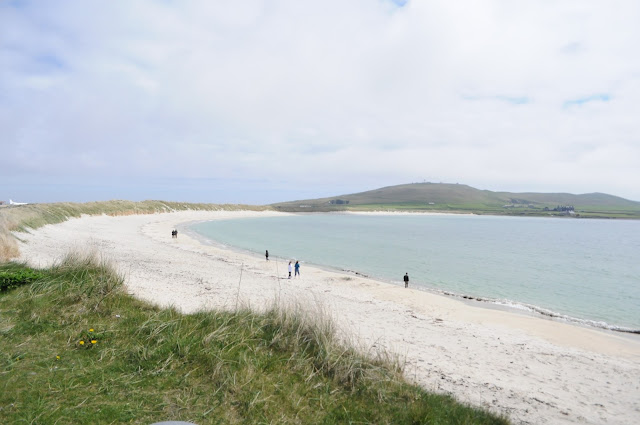 Since I've pretty much run out of words to describe the trip, I'll bring this Shetland series to an end now. As greedy as it sounds, I actually get to do it all again next week, as I've just been offered a generous financial grant through the John Harrison Memorial Fund, run by the Fair Isle Bird Observatory's directors to provide financial assistance to young people aged between 16-24 who are planning a volunteering stint up on the island. The application form can be found in the link above. I'll be based as a volunteer at the observatory on Fair Isle for the next four weeks, arriving via the island's mail boat, the Good Shepherd, next Tuesday. To say I'm excited would be an understatement!

This does mean there might be a bit of a dry spell on the blog for a while, unless I can find a computer up there. Just know that I am still alive... probably a bit cold though. 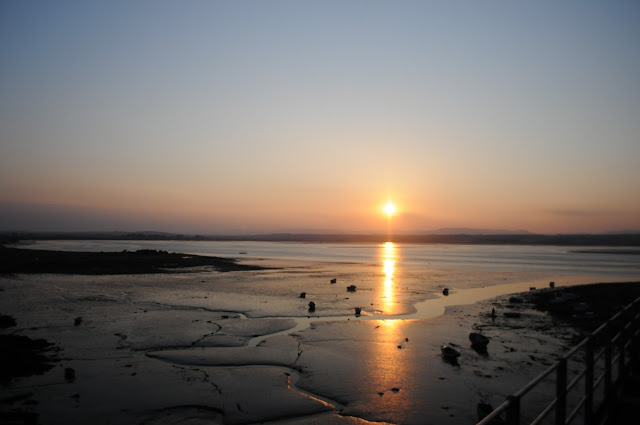 Bill, I very much enjoyed reviewing all your posts on your recent trip to the Shetlands. Fabulous birds and great photos.

Thanks Frank. Nice to see your back and updating your blog again.