Back from Fair Isle

Absolutely knackered... but back from a ridiculously brilliant 10 days travelling around Shetland, based at the bird observatory on Fair Isle for a week, before hiring a bike, and spending a cheeky few days cycling around the south mainland of Shetland.

This kind of travelling is something that I've had my mind set on for a few years now, so with some time booked off work, and a bit of saving up, I finally managed to make it possible. The scenery, and sheer remoteness of Fair Isle made it seem like the perfect location for a spring hike, combined with the possibility of a rare bird or two. No doubt you've come across Tommy Hyndman's blog at some point, keeping the world up to date on Fair Isle life, but not even that could prepared me for the sheer beauty of the real thing... 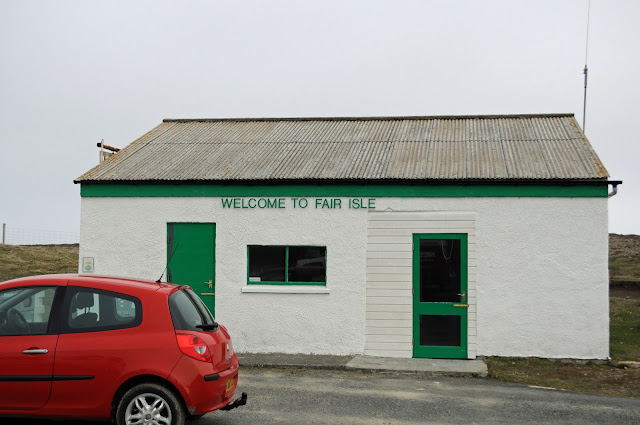 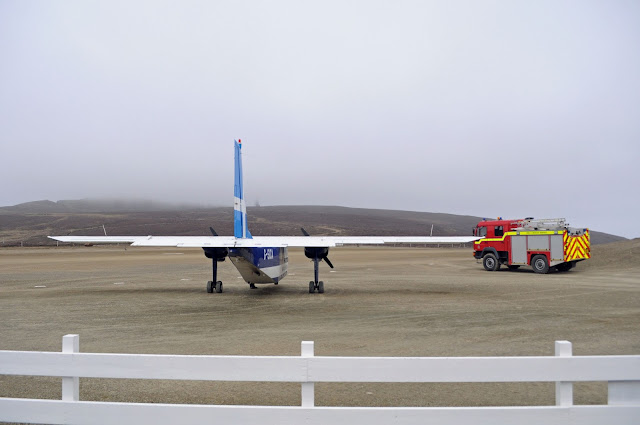 No, but seriously. After 10 hours sat in an overnight sleeper train, a 45 minute flight from Aberdeen to Sumburgh, and then a fantastic bumpy 15 minutes in the 'Islander' aircraft to Fair Isle, the most remotely populated island in Britain, 20 odd miles south of Sumburgh Head, David (head warden) picked up a plane load of us from a remote airstrip, and took us back to the Observatory via a thin road built into the moorland, that connects the northern part of the island to the more arable southern half, where all working crofts are located. We were given a welcome talk from Susannah, and after meeting the rest of the Obs team, it was time to crash out.

I eventually went for a brief stroll around the north of the island later in the evening, eagerly anticipating the scores of migrants that would be sheltering under every cliff. Unfortunately, north-westerly winds (a feature throughout the week) didn't produce ideal conditions for bringing in 'biggies', but I got twatted by some Bonxies, and located the smart male White-spotted Bluethroat that had been kicking about a ditch for the past few days, so that was all good. The evening was filled up with cake, banter, Tennant's, log and more cake. I could get used to that place. 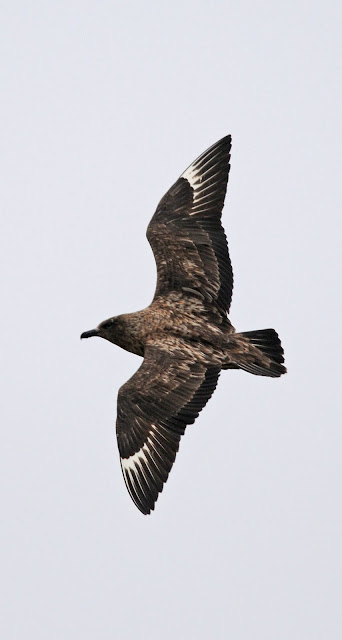 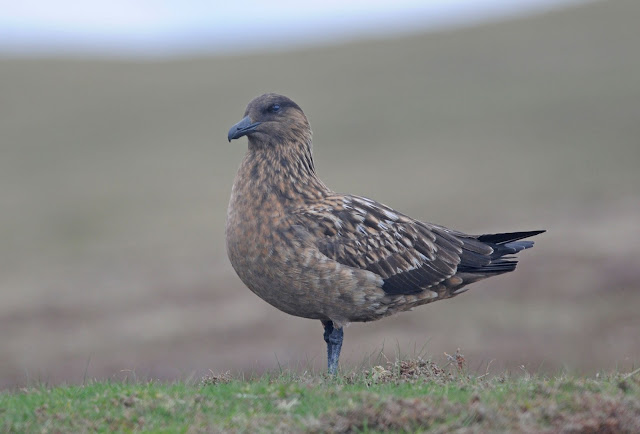 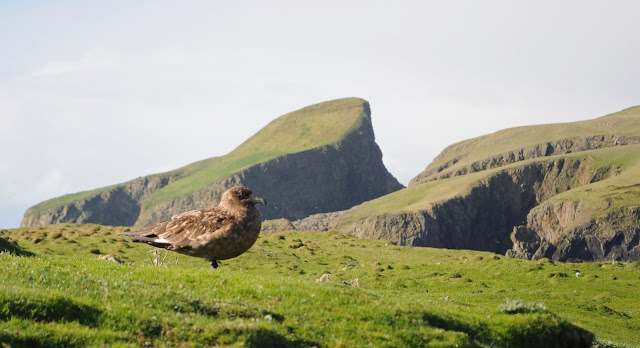 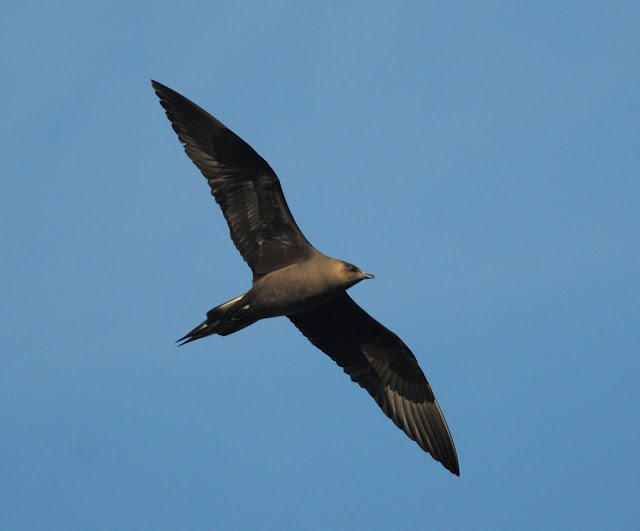 Most of each day consisted of walking pretty much the same circuit around the island in search of birds, coming back to the Obs for a ridiculously filling lunch and dinner that varied every day of the week, and making use of the well stocked bar till late into the night. Rather than doing a separate post on each day, it'll probably make more sense to do lots of posts on different stuff that I took photos of.

Fair Isle really is an amazing place. It has such a great community spirit about it that I've never witnessed before; not even on Scilly. Everyone trusts everyone to the point where locals have no problem with people bunking over fences and walking over through their land. Birders give the locals respect, and because of that, they get respect back. It's like some kind of fictional happy land where nothing bad ever happens. I got so used to waving at everyone who passed, that I actually got a bit disappointed when I subconsciously carried on doing it on the mainland, and didn't get quite as many waves back. Civilisation, eh?

If you are thinking of going up that way, I can't recommend the bird observatory highly enough, and for the price, you can't get better. All rooms are pristine and well looked after, the food is brilliant- three course meals served at 8:00am, 13:00pm and 18:00pm, and the cooks will happily rustle you up a packed lunch if your planning an intense day in the field. There was a new dish for every day of the week, and your never more than an arm's length away from a bloody good piece of cake. The 'communal' lounge has plenty of comfy sofas, and there's a large conservatory area with shelves stocked full of literature and field guides, so you can sit with a cuppa and watch migrants drop into the famous Obs garden when your feeling lazy. It's all so informal that guests and staff happily mingle together, and a Tennant's from the bar is only two quid- lifesaver drink if your on a student income.

It's all up on the website, but I'd really recommend joining one of the warden's on the early morning trap round. Anything can turn up, and I was lucky enough to watch the team ring both Eastern Subalpine Warbler and male Red-spotted Bluethroat, before I had to rush off to catch the plane back to the mainland. Also a must if your visiting is one of the weekly guided walks organised by Teresa, the resident Obs Ranger.

Though it may not be relevant to many, it is worth bearing in mind that the obs runs a half price discount offer for 13-21 year olds, bringing the price down to £30, pretty reasonable considering that includes daily three course meals, full use of all the obs facilities, and most importantly, free cake.

North and South Haven in the evening sun... 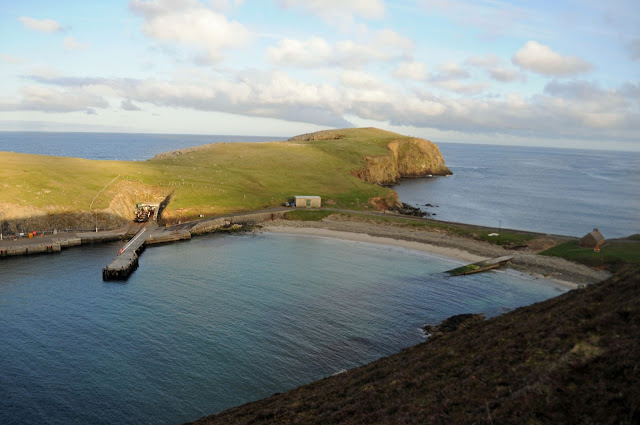 Mist over some cliff, somewhere. Think I was a bit lost at this point... 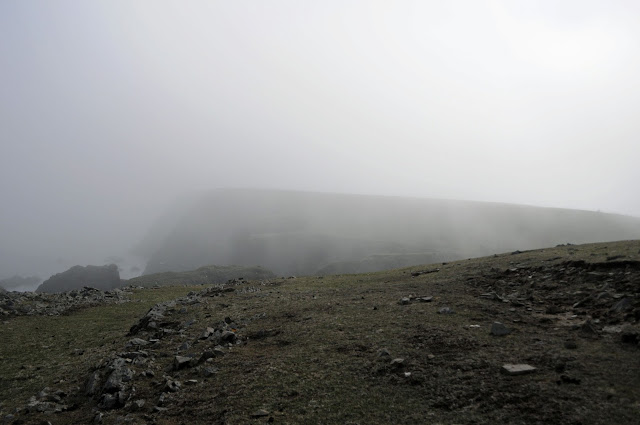