We need another montage... 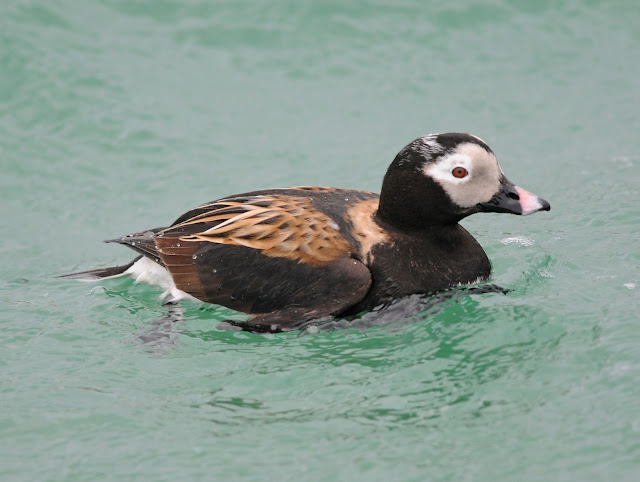 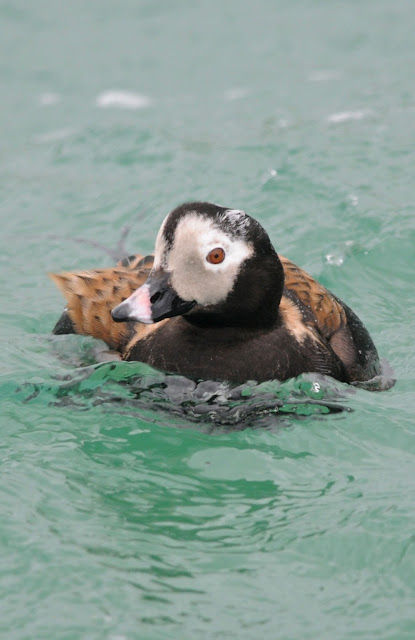 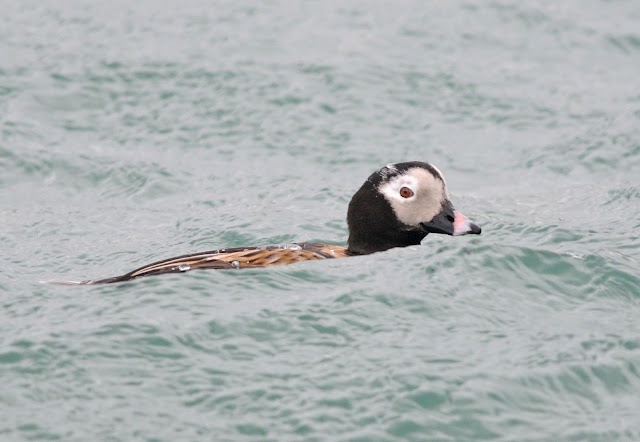 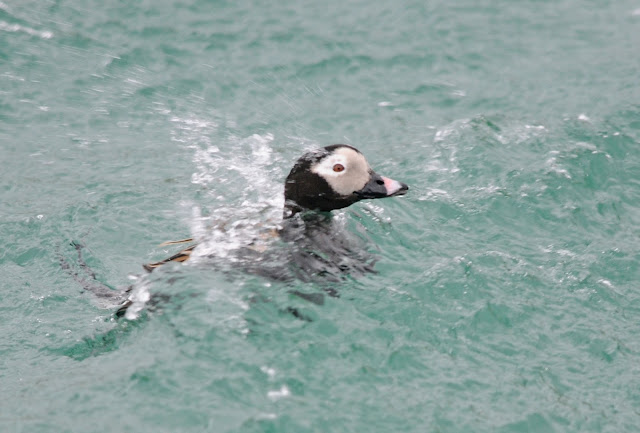 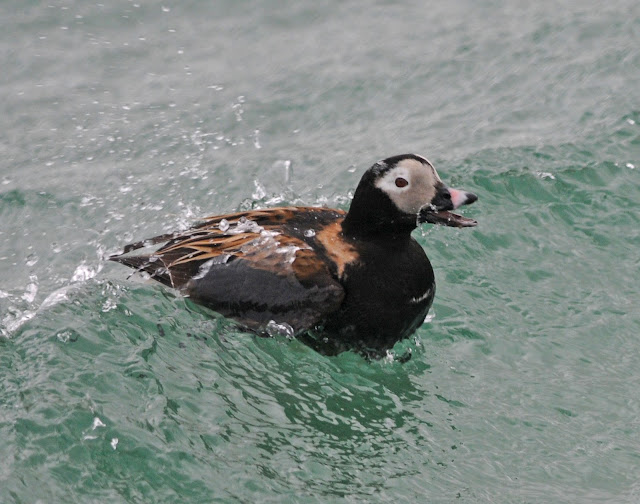 At the other end of the scale from Tree Pipits, here's a very smart pair Long-tailed Duck that graced North Haven- just to the east of the bird observatory- for much of the week on Fair Isle. Both showed down to a few metres at times, feeding in the relatively sheltered waters by the Haven pier during gale force northerly winds. Let's just say it felt a bit breezy at times.

The female often came too close for a frame-filling photo. 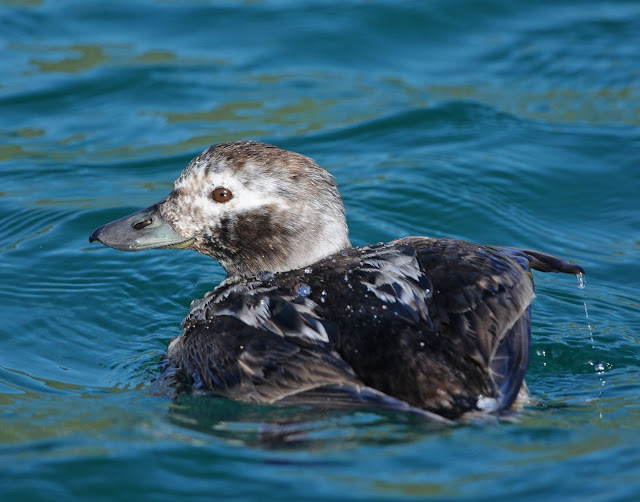 Genuinely don't think I've ever gotten this close to a Mallard before, let alone a wild sea-faring duck. We were looking down on her, for god's sake. 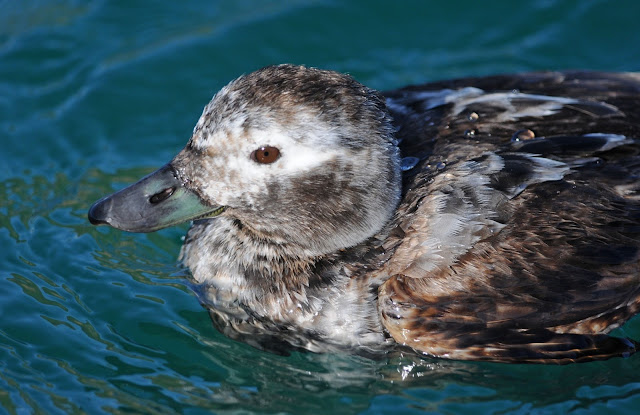 Brace yourselves, more montages are coming...