Continuing the local theme, I clocked in a visit to Fairmile Common yesterday lunchtime, in the hope of catching up with a butterfly that has so far eluded me. Like the nearby Esher Common, Fairmile Common is predominantly heathland, but despite it's small size and unsightly location near the A3 motorway, it provides perfect habitat for what is possible now London's only population of the restricted Silver-studded Blue.

Silver-studded Blues start to emerge around mid-June, having been looked after by ants as a caterpillar- no joke. Considering the poor weather we've had so far this year, I wasn't hopeful for much activity yet, so it was nice to find a single butterfly sheltering on a blade of grass as the rain started to kick in... 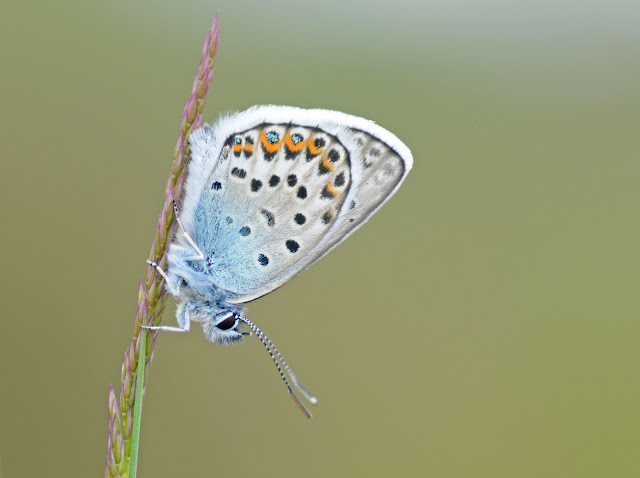 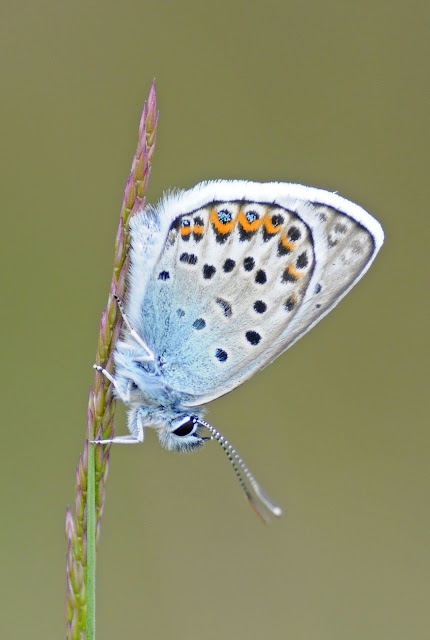 And perched on it's only foodplant at Fairmile, Cross-leaved Heather... 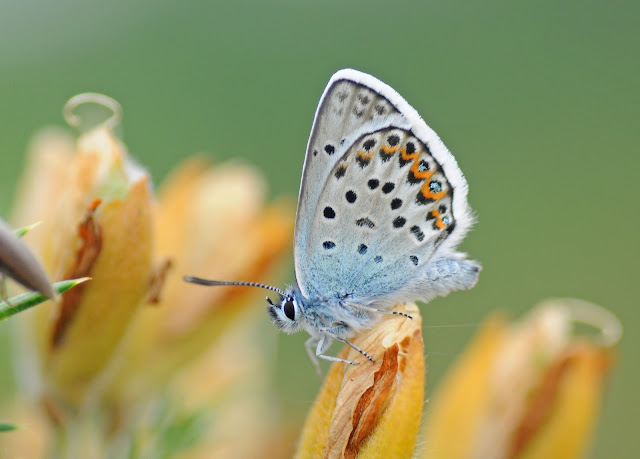 Fairmile Common itself; a gem of a heather patch sandwiched between the A3 to the north, Portsmouth Road to the south, and some annoying little unnecessary road to the west. Never before has such ecological significance been packaged into such a tiny space... 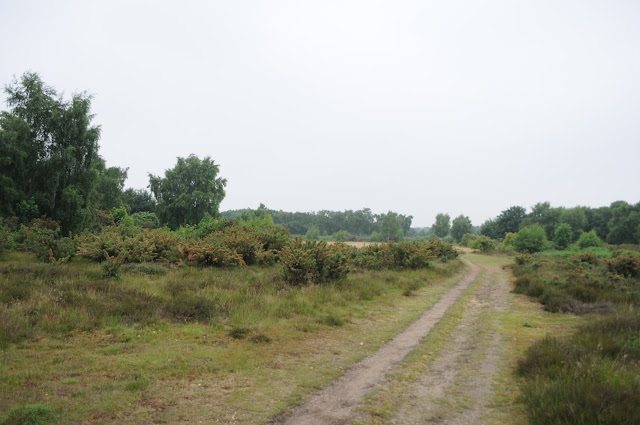 Much of this afternoon was spent on White Down (near Dorking), thanks to a tip off from Steve Gale that Lace Border, a moth confined to chalk downland, was on the wing there. After a lot of searching and getting lost (stumbling upon a pair of Marsh tit on one occasion!), I found a suitable wildflower slope and sure enough, a Lace Border was soon disturbed. Very smart looking moth, if a little tattered... 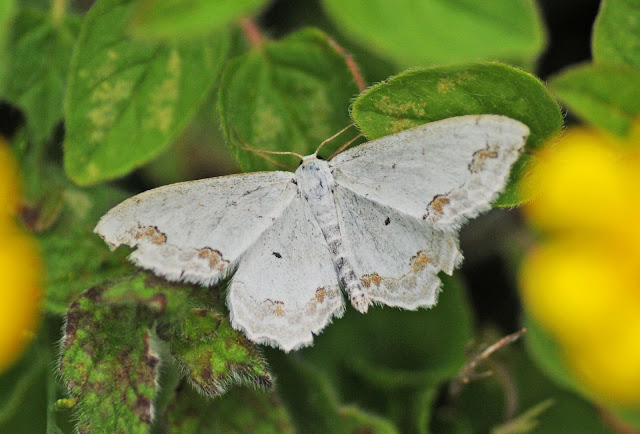 Plenty of tiny Micropterix aruncella could be found flying around sunny patches of bramble in the woodland... 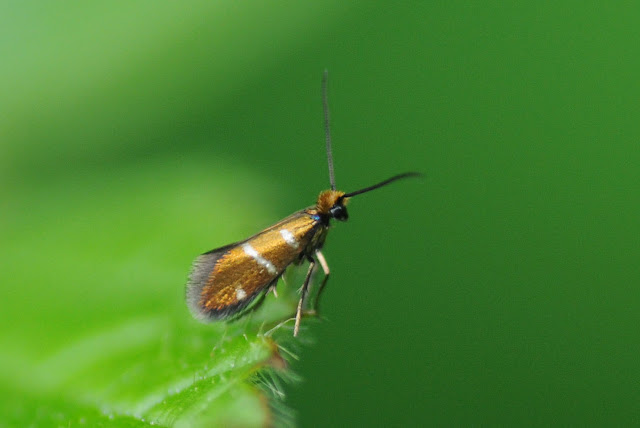 And this here I'm fairly sure is a Man Orchid Orchis anthropophora, another national rarity that seems to be common on the North Downs. Actually no, forget all that... Steve's just told me it's Common Twayblades. Common as muck. Think I'll stick to the moths. 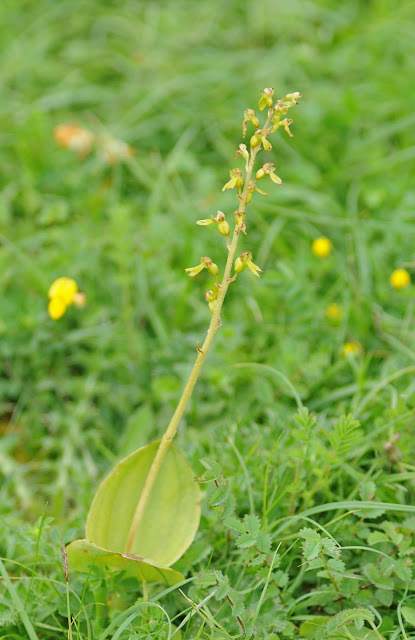 Oops, my bad! Looks like I bit more work with those plants. Cheers.