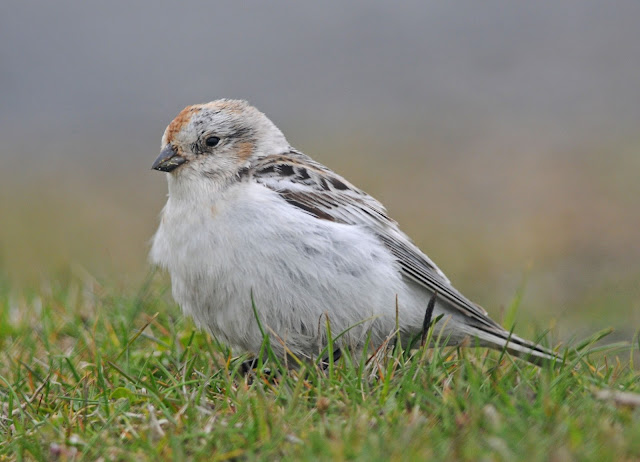 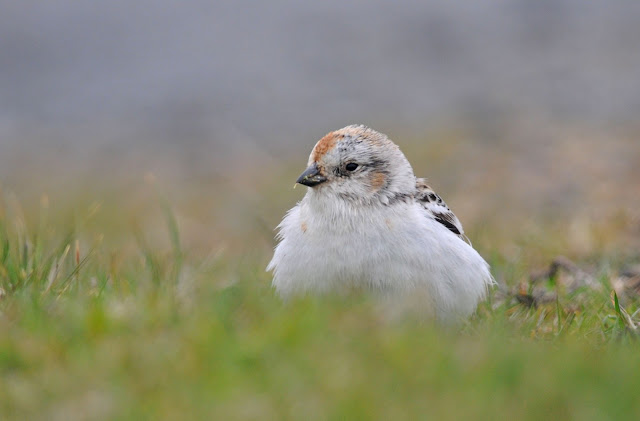 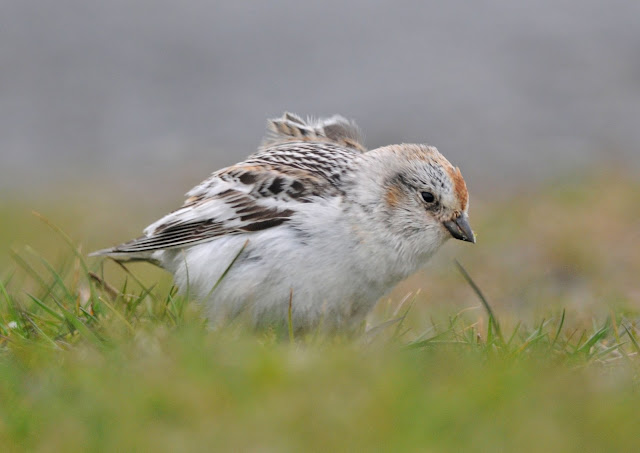 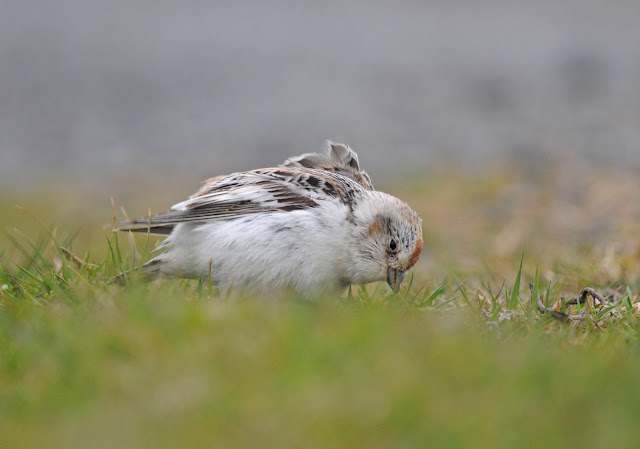 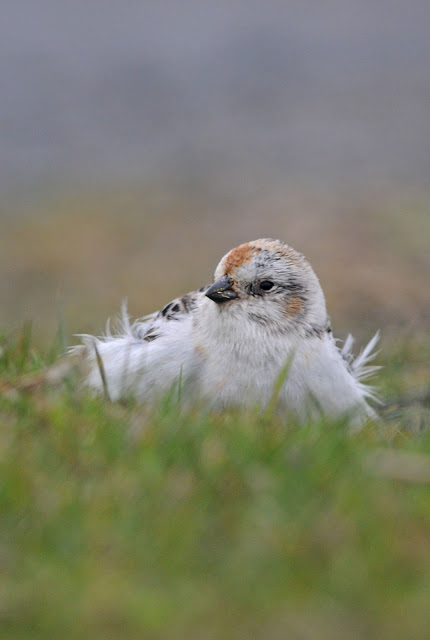 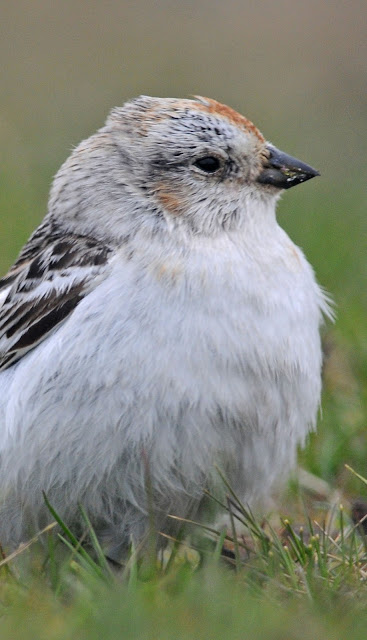 ... One of a decent influx of spring passage Snow Bunting that landed on the island during freezing, North Sea gales. A nice bonus to add to Rustic and Ortolan Bunting, bagged earlier in the week.

After being given a morning run around by two non-showing (and probably absolutely stunning) summer-plumage males on Meoness (the windiest, coldest, and generally the least warm place to be on Fair Isle at that moment in time), Bed's birder Barry Nightingale and I managed to tracked down a couple of females along the road back to the obs, one of which showed itself in full Snow Bun style, beak and all- was close enough at one point to hug the thing, had I actually had any feeling in my arms, which I didn't. Oh, and did I mentioned it was cold?

By the next morning the wind had completely dropped off to nothing. The whole island was calm. It was quite surreal, and I took the opportunity to catch up with a Lapland Bunting that had stayed loyal to a tiny patch of hay by the roadside for much of the week. Like everything else on Fair Isle, it didn't disappoint... 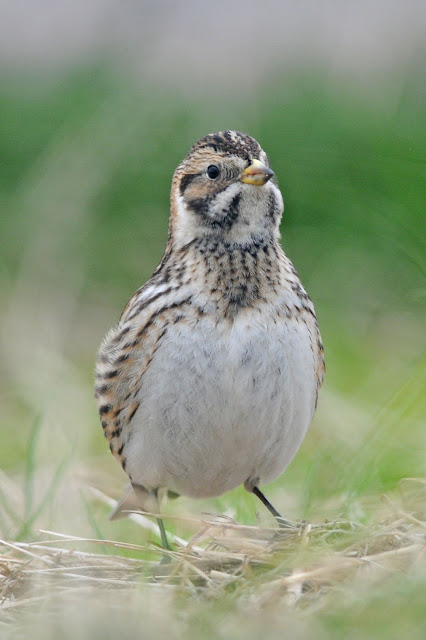 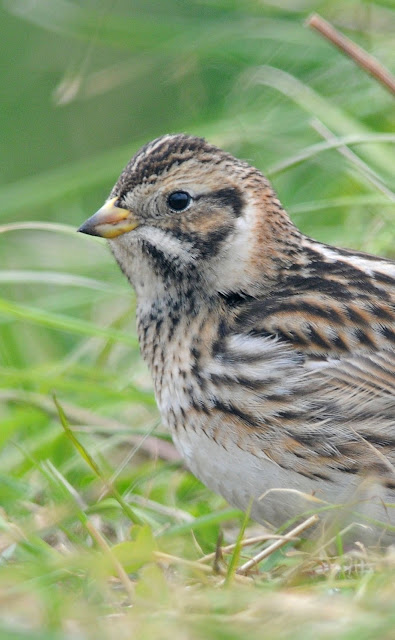 I think it's about time we turned it up a notch and introduced the big guns... how about some Shrikes, yeah?
Email ThisBlogThis!Share to TwitterShare to FacebookShare to Pinterest