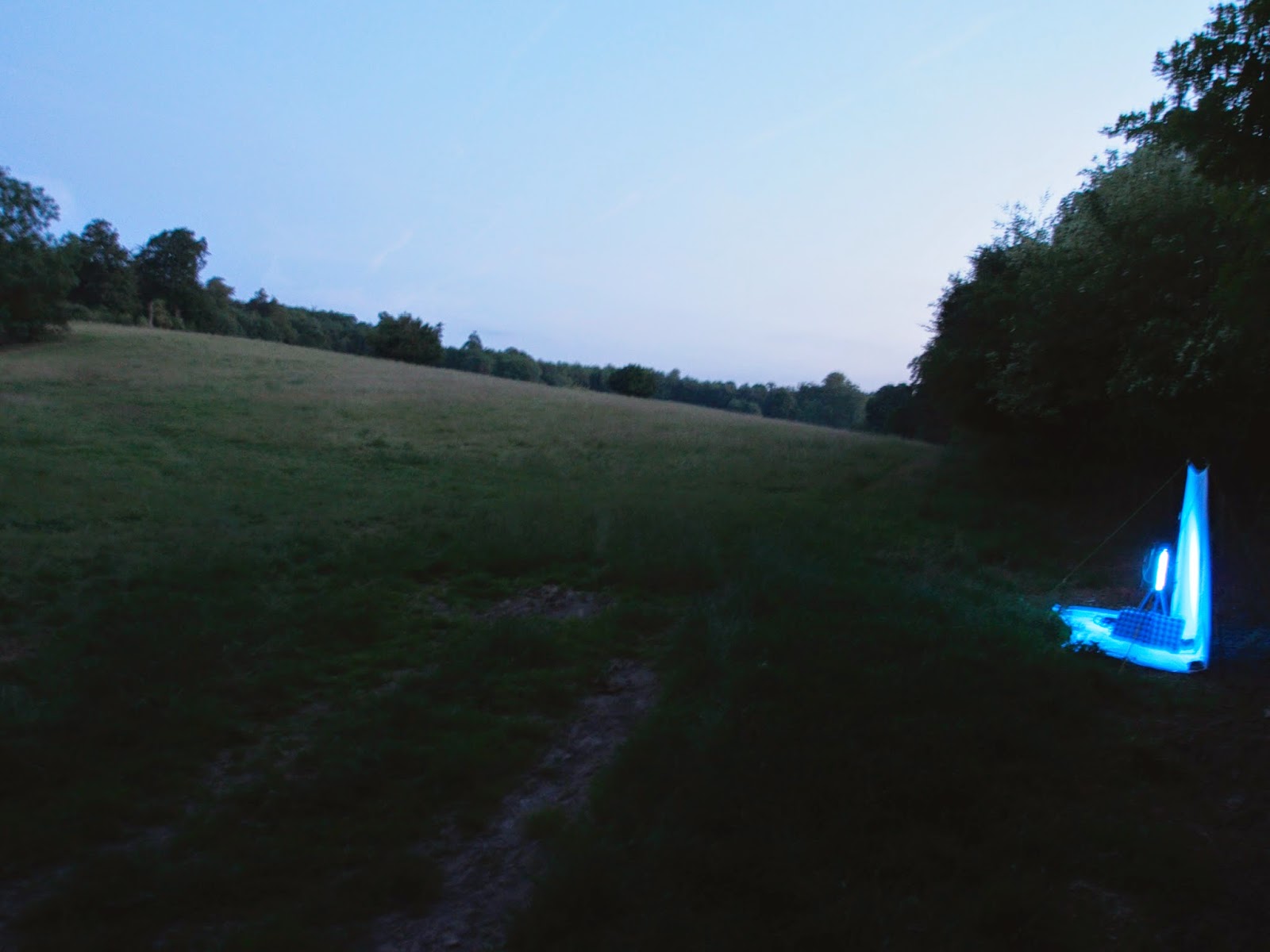 Putting aside the obvious mammalian highlight, last Saturday's all-nighter at Juniper Bottom (a picturesque chalk valley in the North Downs complex) also turned out to a successful one for moth-trapping... bar a slight glitch in the early hours of the morning when a drunk farmer turned up at the car park exclaiming that 20 of his cows (which should have been in one of the fields we were trapping in) had turned up at his house further down the road! He was understandably sullen, but soon realised that we didn't have a key to open the gate leading to the field, and that it was open when we arrived. Thankfully, the field was quickly re-cowed.

It was a fairly run-of-the-mill moth catch for the regulars, whilst I was prancing and skipping backwards and forwards between the traps (not really), soaking in a fantastic range of species I could never have hoped to catch in my own garden...

Nice setup there - I like the "back wall" cloth. Pretty Chalk Carpet is a smart moth indeed

Thanks Ali. I find the upright sheet is a moth-trapping must and can often double a catch.