Night of the nondescript

The mild, cloudy weather of late held out for the majority of last night- perfect conditions for a moth or two. The alarm woke me up at half 4 this morning, and I was soon confronted with the satisfying (but slightly daunting) sight of hundreds of moths settled in and around the moth trap. The fantastic acrobatics of some late-to-bed bats provided welcome entertainment whilst I processed the catch, their silhouetted bodies effortlessly swooping over the trap and frequently landing on the vertical concrete walls of the neighbouring house- no doubt taking advantage of the free meals on offer.

Thankfully, 57 species of moth survived the night- the highlight being this rather underwhelming micro which looks set to be Mompha sturnipennella, a rare species in the county. Problem is that it's rather similar to Mompha subbistrigella, so will have to be examined up close with a microscope to confirm its identity... 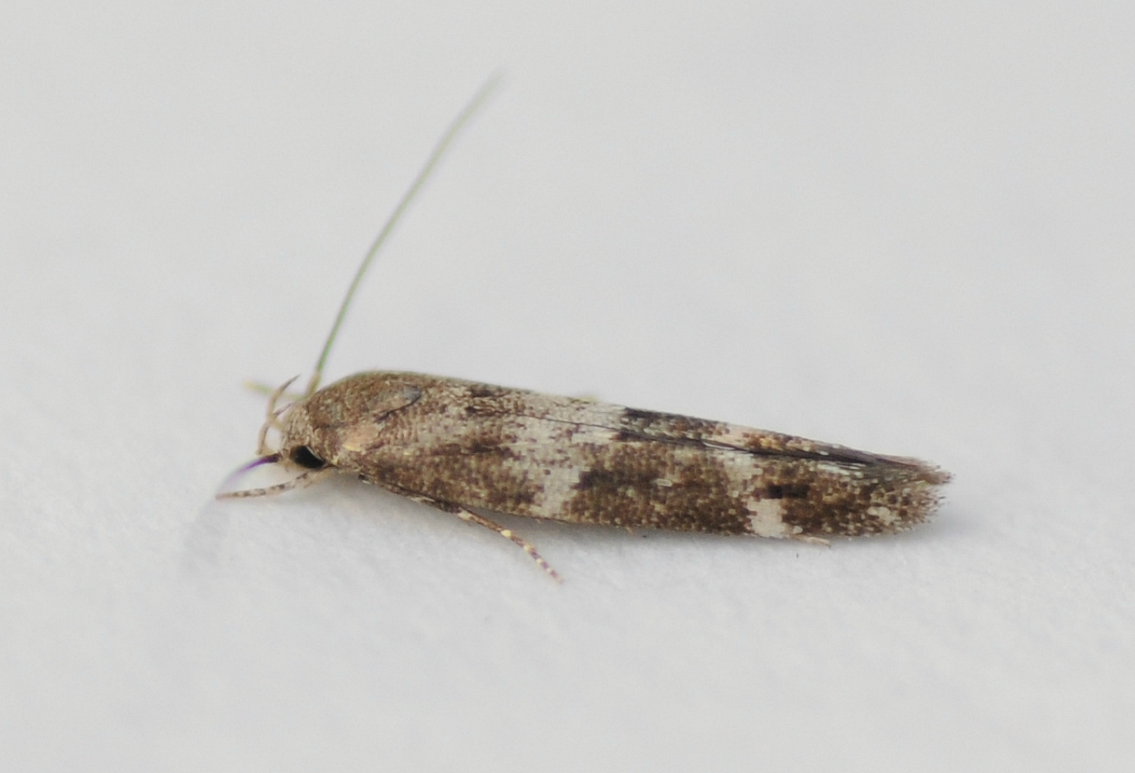 It really was night of the nondescript, with the very grey Exoteleia dodecella and the even greyer Glyphipterix fuscoviridella being notable records for the garden.

Other highlights included fantastic examples of Buff-tip & Lime Hawk-moth, as well as these characters...

I wouldn't normally put the trap out two nights in a row, but with the mild weather set to continue who knows what's out there...
Email ThisBlogThis!Share to TwitterShare to FacebookShare to Pinterest