The past couple of days have been completely packed full of moth-related things to the point where I haven't actually had very much time to do anything else, including writing this overdue blog post. You may well have already heard, but it has all centred around this small moth, who's existence as a species was unbeknown to me before Thursday... 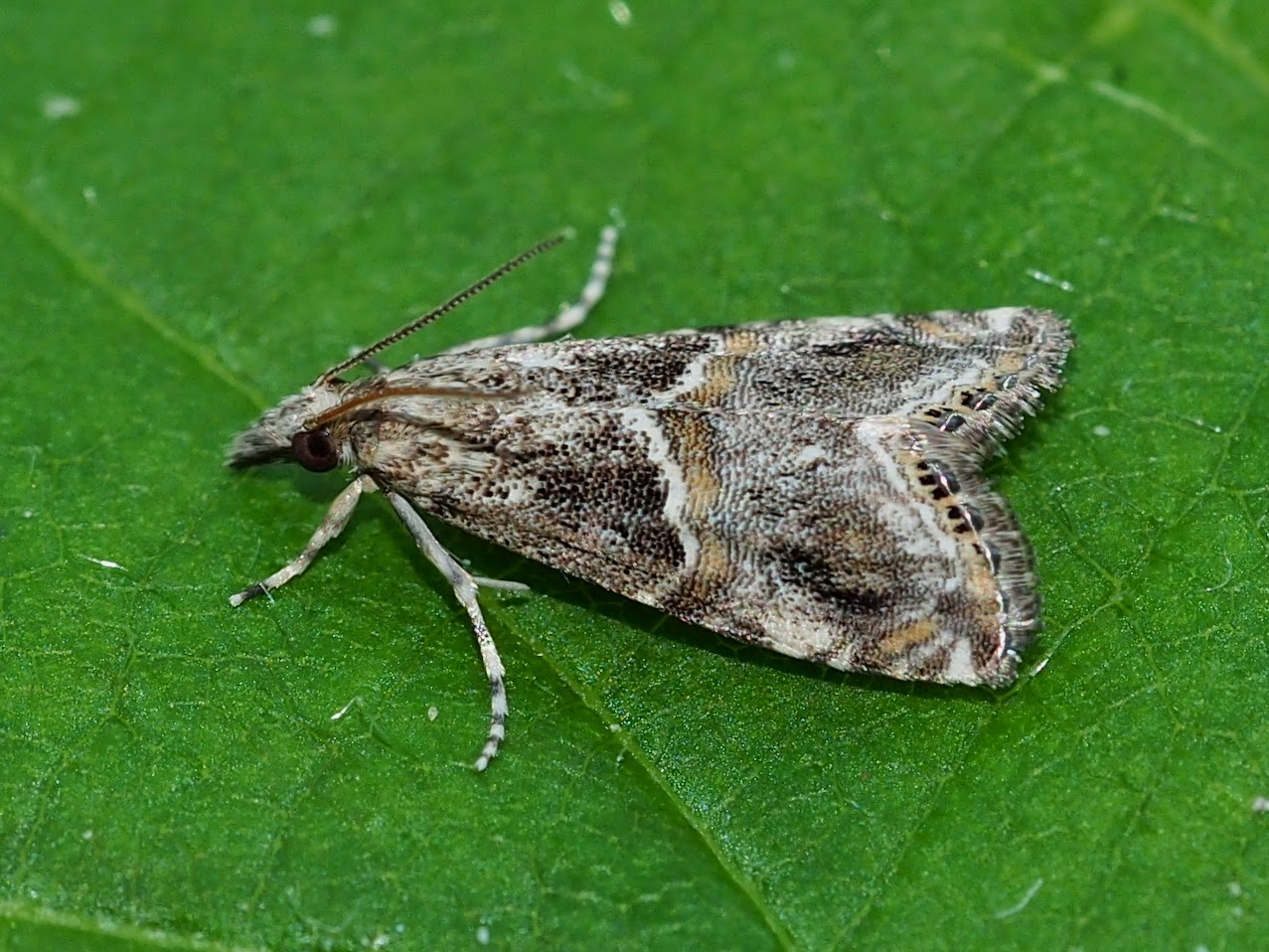 "Oh shit, that really needs to be potted up" was my first thought when it landed on the outside of the garden actinic trap early on Thursday night, during a fantastic spell of weather which had already seen several new species added to the garden list. The sight of a small, compact crambid with a white medial fascia, a row of dark subterminal dots and a beautiful shiny fringe pretty much eliminated every British species I could think of, and instantly got the adrenaline going. I pondered over its identity long into the night, and after correspondence with Martin Honey (lepidoptera curator at the Natural History Museum) and several county recorders the next morning, the moth was confirmed as Euchromius cambridgei- a species distributed through southern and eastern Europe, from France to Ukraine, and into Africa and the Middle East.

The weird thing is that this moth represents the 2nd record of the species for the UK, which is something I've been struggling to comprehend. I have been lucky enough in the past to come across several new species for the county, but to trap something in my own back garden that has only been recorded in Britain on a single previous occasion- in Northampton in 2005- is quite surreal. My complete fascination and admiration for the moth has made it surprisingly hard to come to terms with the fact that it has to be killed to allow it to ultimately be sent to the Natural History Museum for incorporation into their world renowned national collection. I can't help but yearn for unknowable answers to the secrets that this little individual holds. Where exactly has it come from? What prompted it to drop down into my meagre light trap in north Surrey? Why hasn't it been found more frequently? The species isn't even fully understood in its home range of mainland Europe, with no firm knowledge of a possible foodplant.

Taking into consideration the known migration potential of the genus itself (Euchromius ocellea is a fairly regular migrant to the south coast) and the coincidental arrival of Britain's first Aedia funesta at Dungeness on the Friday night, some people I've spoken to believe there to be a surprisingly strong case to be put forward for this being a genuine long-distance immigrant. Whatever its origins, the moth has certainly provided me with an eventful couple of days, and has even satisfied a small crowd of 'moth admirers' from as far away as Worcester!

Talk about a lucky find, eh? I doubt I'll experience anything like this again.
Email ThisBlogThis!Share to TwitterShare to FacebookShare to Pinterest

A superb reward for all your dedication and hard work. Many congratulations!!

Well done, enjoy the buzz it gives you.

Thanks all, much appreciated ;)