My University is Quackers

A strange sound greeted me as I walked into the kitchen at University the other afternoon. It was a quiet, muffled but intriguing sound coming from outside, and I opened the window to find two (no, certainly not what you're thinking...) Mallards mumbling to each other on the grass underneath me.

I've seen (and heard) some weird things during my time on campus, but ducks are a new one. Any plans for a ham and cheese toastie were duly abandoned, and I grabbed a couple of slices of bread to feed these clearly exhausted migrants. Worcester's St. John's Campus is about as far from natural habitat as a Mallard can get, so who knew how lost, tired and scared these extremely timid wild birds were... 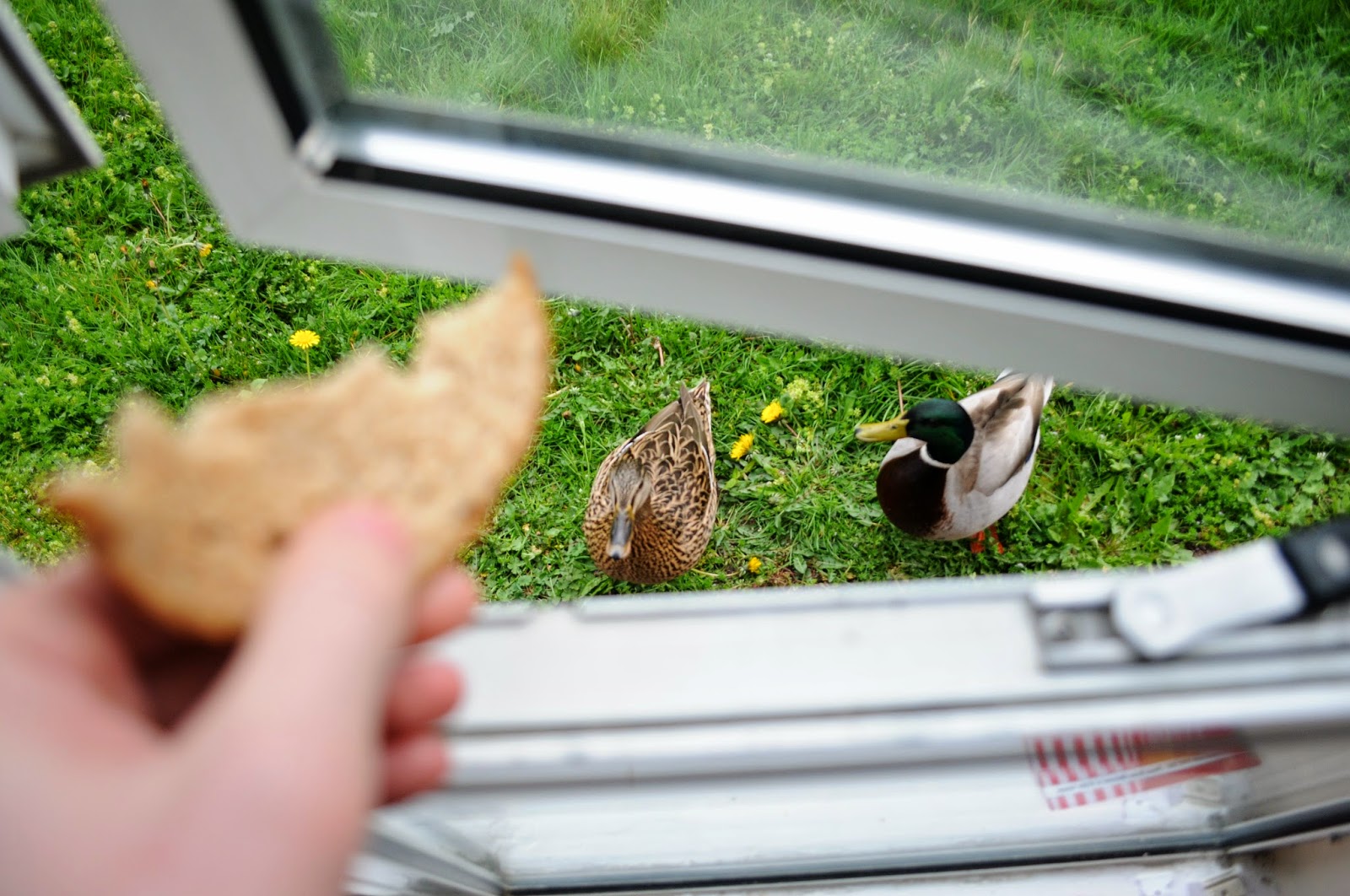 Everything was going great until out of nowhere another male Mallard flew in, bundled past the original male, and started getting it on with the female right in front of him. Of course, the original male- presumably her boyfriend (although with the painful glances they were giving each other whilst I was feeding them bread, I thought it best not to ask)- was having none of this, and a massive fight suddenly broke out between the three of them. It was really getting out of hand- bills were going in, wings were being used- and things could have ended nastily were it not for a passing Wigeon which came in and split everyone up*.


*that last bit about the Wigeon may not have been true, but the rest is.
Email ThisBlogThis!Share to TwitterShare to FacebookShare to Pinterest