The day-flying moths of family Incurvariidae are undoubtedly one of spring's delights; the sight of a strongly-marked adult flying in sunshine being a welcome one on any warm spring afternoon. Most enthusiasts will be familiar with the widespread and common Incurvaria masculella, but this year I've been particularly interested in finding its slightly lesser known confusion species, Incurvaria pectinea.

I. pectinea supposedly flies in the same wooded habitats as masculella, utilising deciduous trees such as birch and hawthorn as the foodplant. Their larval feeding signs are fairly easy to find on the right leaves, and this stage of the life-cycle appear to constitute the bulk of sightings of the species in any one season. During an evening visit to the local patch on 21st April, I swept a small number of adult Incurvaria moths- most quite obviously mascuella, but one specimen in particular stood out immediately as pectinea... 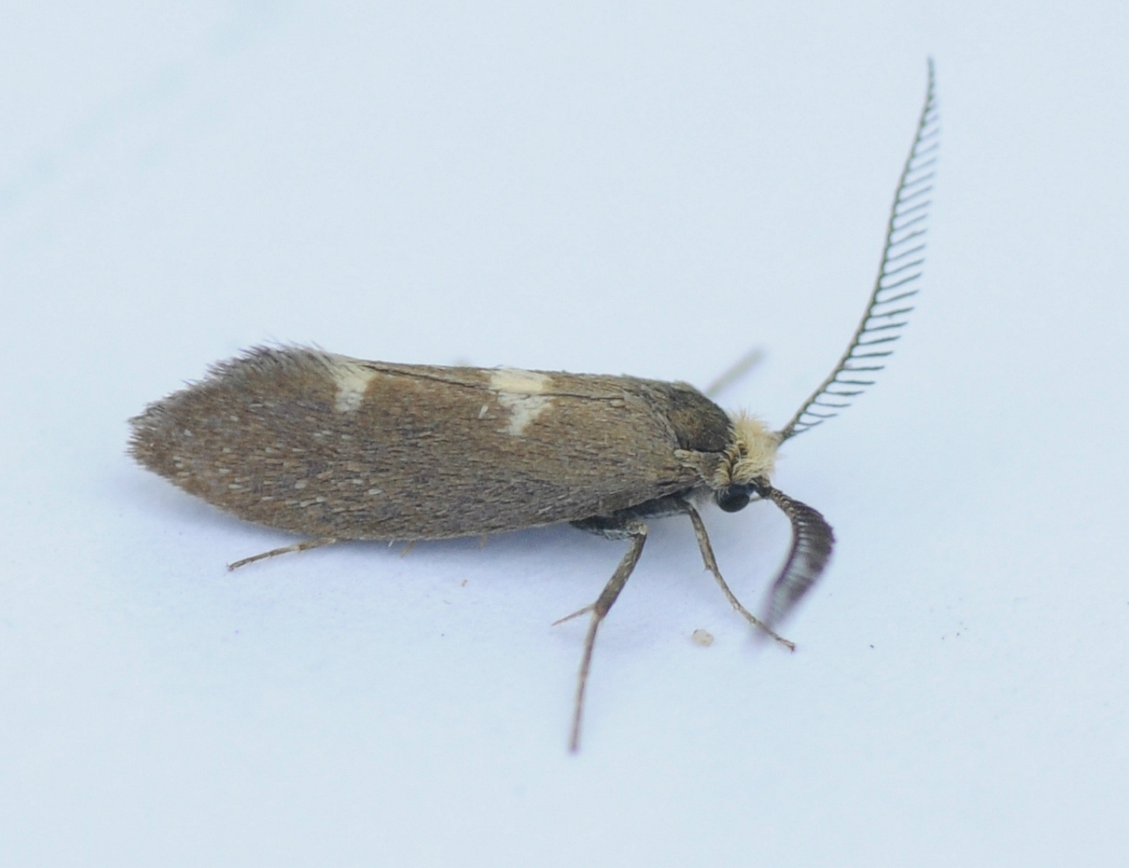 I. pectinea and masculella are generally listed as confusion species, so it was nice to be able to scrutinise the differences between them both. After comparing a specimen of each side-by-side at home (before releasing them back on the patch the next morning), the differences became quite apparent:

Don't tell me this isn't the most interesting thing you've read all day... because I already know it probably isn't.

Very nicely done Bill, thanks for that. Good stuff!