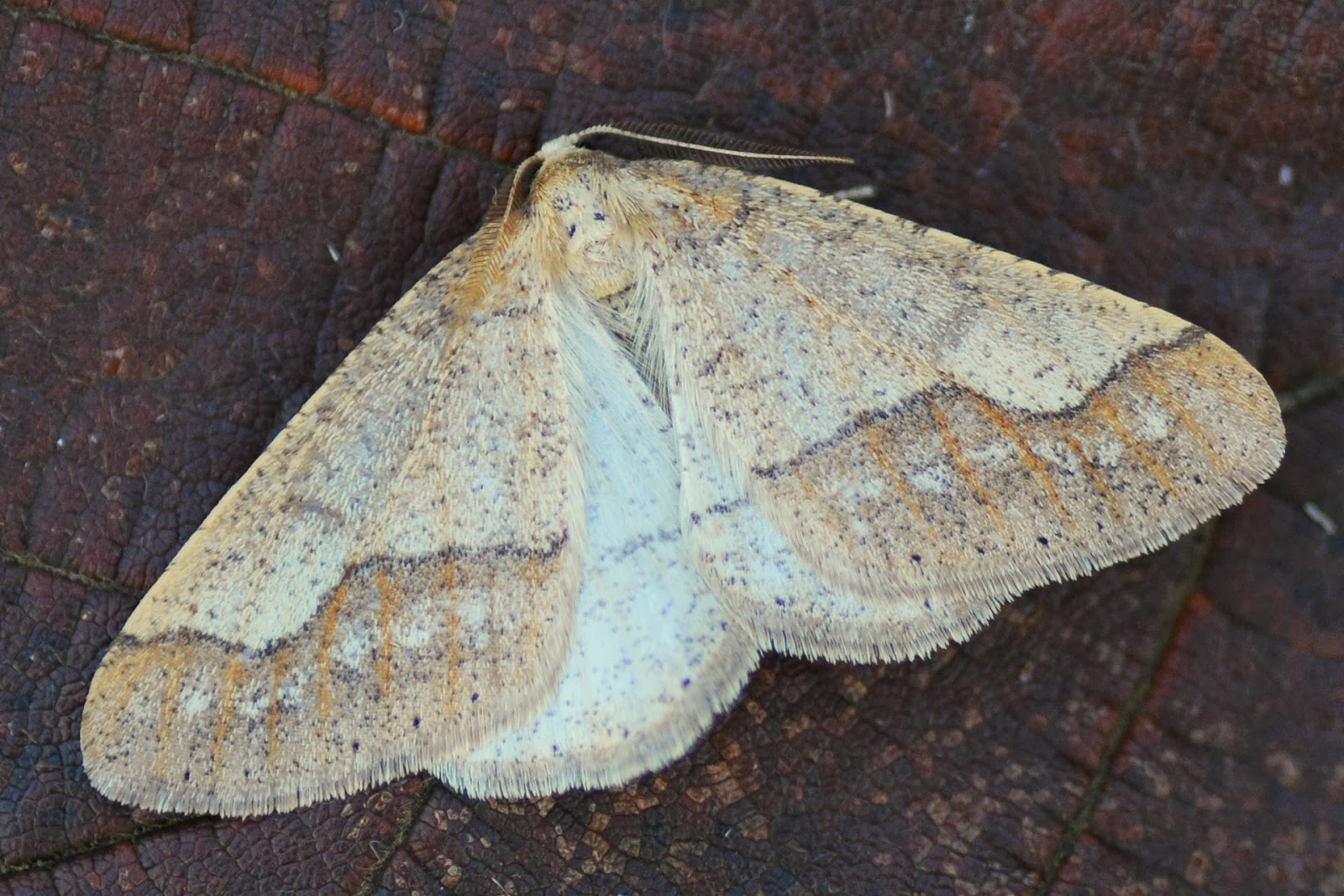 I was thrilled to find this male Dotted Border resting on the garden fence back on Saturday morning; one of my favourite 'early season' moths, especially when freshly emerged. The sighting got me hunting for past records of this spring Geometrid in the garden, of which there are only two; a male hiding behind the kitchen kettle in late February 2013, and a moth found on the patio in March 2010.

The latter is an interesting record in that it relates to the wingless female of the species, which have no flying ability at all. They usually spend their short life resting out of sight on tree branches, so quite what this female was doing on a concrete patio- far from the realistic crawling distance of a nearby tree- is anyone's guess. At the time I assumed a bird had accidentally dropped it, but judging by the lack of damage I now wonder whether a male had transported it there during mating. I've never really considered the weight bearing ability of moths before (probably because they have none)...