I was planning on giving you another update on the 1000 species in a 1km square challenge in a long, drawn-out post this evening, but rather inconsiderately, a patch first decided to turned up on the patch this afternoon, so I guess I'm going to have to talk about that instead.

With the morning spent identifying a load of obscure Coleoptera in pots, I managed a quick stroll over to Stokes Field at lunch time, in the optimistic hope of some day flying moths being on the wing in the spring heat. A few Grapholita jungiella and Eriocrania subpurpurella were added to the challenge list, as was the first Orange-tip of the year, but more noticeable were the larger number of Chiffchaff, Blackcap and Whitethroat that were now on site compared to yesterday; an increase similar to the mass migrant activity of the 15th April, when a Redstart showed up briefly on the hill.

As I headed up to the hill at the top of Stokes Field, a silent pipit flushed from underfoot, and landed in a nearby overgrown rose field. Meadow Pipit is a real rarity here, and with the high numbers of migrant warblers on site, there was a good chance that one could have dropped in at some point during the morning, so I had the urge to check it out. Relocated without too much problem, the pipit was evidently tame, and approaching closer in the grassland revealed a heavy bill and buff upper parts. It was no Meadow Pipit... it was a friggin' TREE PIPIT!

Admittedly not the rarest of passage migrants, but I really thought my luck had ended after the Redstart, and as I've probably said before, the very fact that it was on the doorstep, in the same field that I've been walking around relentlessly whenever I've had free time during the week, just made it extra special... 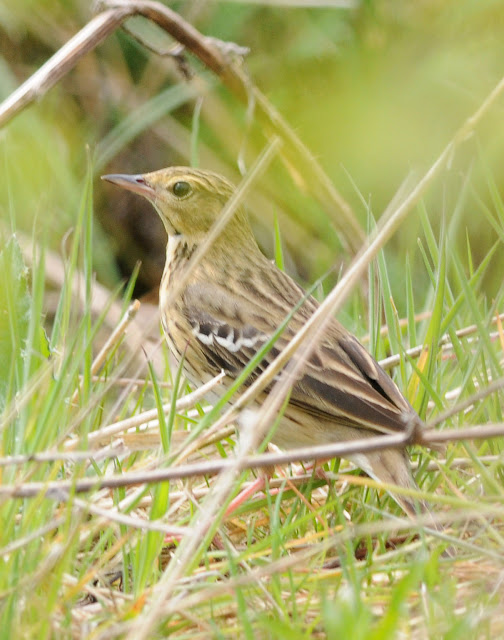 Only yesterday had I been brushing up on Tree Pipit flight call, in the vague hope that one might fly over the patch, but to have an individual showing well on the deck, on a small overgrown patch of grassland that's been more popular with dog walkers recently than it has been for wildlife, was a great feeling. The pipit carried on foraged about in the grassland for five minutes, before it flew up into a tree briefly, and disappeared north out over surburban Surrey. 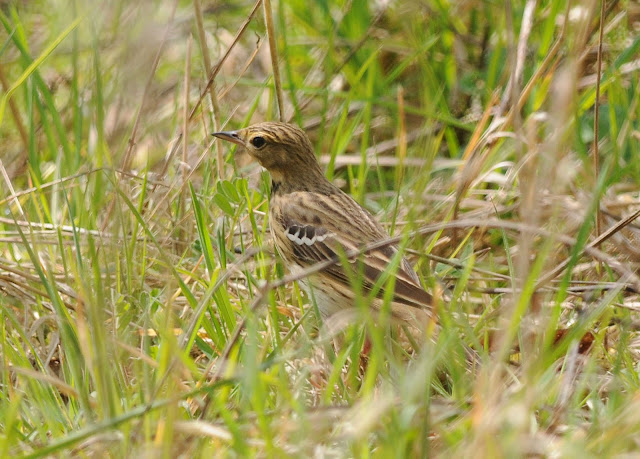 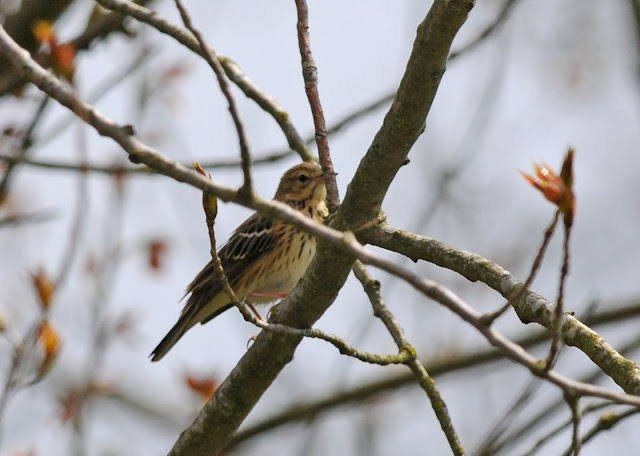 At the risk of rambling on about a small, overgrown urban fringe site that I can pretty much guarantee you've never heard about before, I've got a good feeling about the future of Stokes Field. In the relatively short five years I've been coming to the site, I've never met anyone even remotely interested in wildlife, let alone a birder, however, with a healthy grant that was left to the Lower Mole Trust last year, hopefully a sensible conservation scheme with the right intentions can be developed, that may give the site a bit of a better name. I'm still intent on bio-blitzing the site throughout the summer when I can, and all records collected will be sent off to the relevant bodies, to build up a bigger picture of ecology at Stokes Field. As much as I fancy the peace and quiet that can be had there at the moment, I'd hate to think that 'notable' species are going completely unnoticed.

The first Common Whitethroat of the year returned back in mid-week, and there are now at least 6 territories around the scrub... 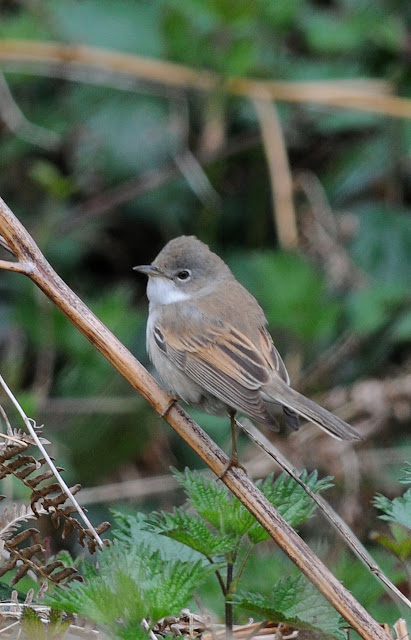 Plenty of Blackcaps singing as well... 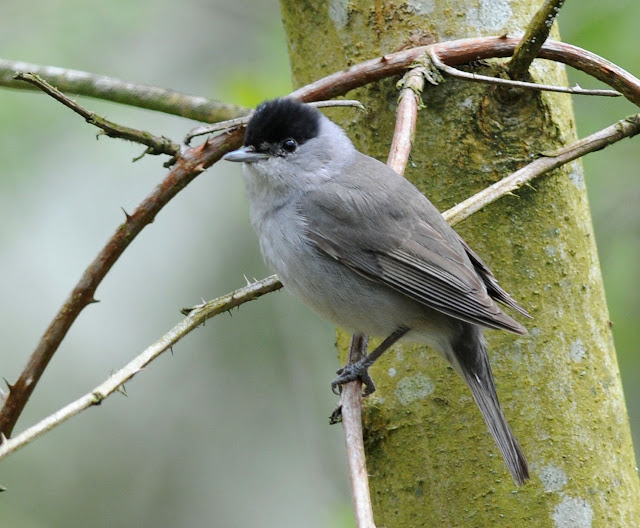 I saw "Tree Pipit, Long Ditton" and wondered if it was yours. Well done, cracking find! I hear them over Richmond Park, Wimbledon Common, Bushy Park etc in the autumn as they fly over. Been waiting for one over Epsom Common for years and years and years. Maybe this year? "Genuinely well jel", I think was the phrase ;)

Cheers Seth. A nice consolation for missing out on Dotted Chestnut this year ;)

This spring seems as good as any to get out there and start listening out for them. I wouldn't be surprised if you've got a Wood Warbler or two hiding away somewhere on Epsom Common at the moment.