As predicted, the snow arrived yesterday, and with it, so did the birds. Couldn't resist setting up the camera for an hour or two to capture a bit of the action, as Chaffinches, thrushes and tits became noticeably more approachable in their urgent search for food. Still no sign of the annual wintering flock of Redwings that set up in the garden around this time to feed on a large pyracantha bush, although it appears to be quite a poor year for the species. 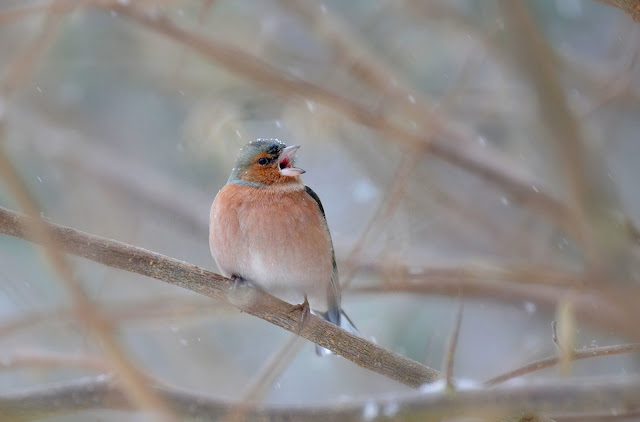 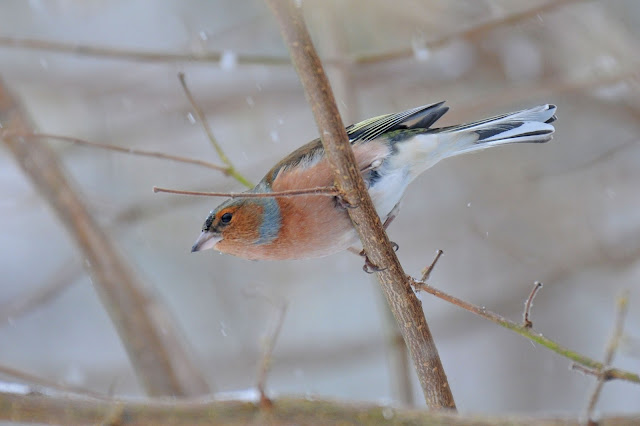 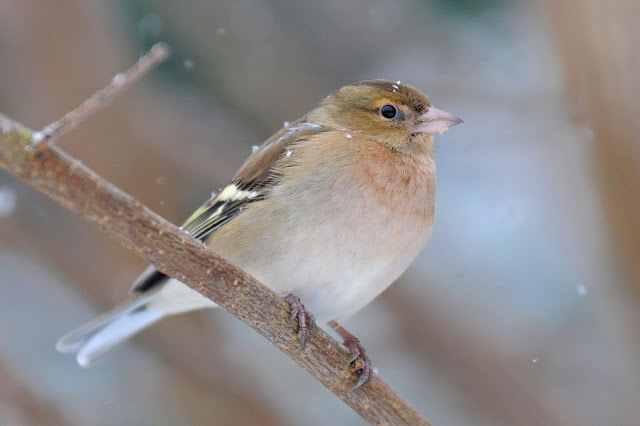 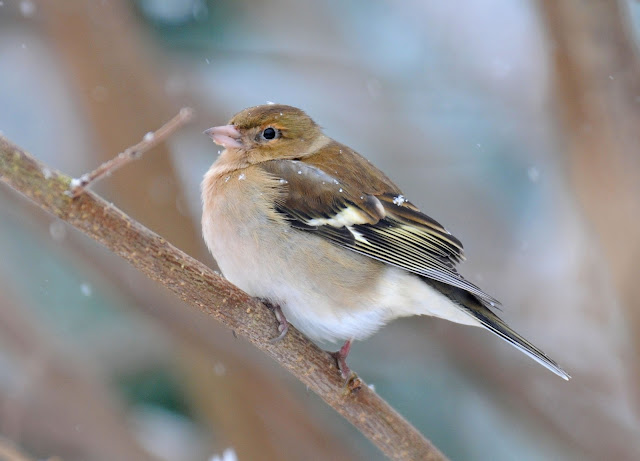 A few halved apples on the lawn seems to have worked a treat for the Blackbirds, but there's always one male that doesn't like to share. Hopefully the Blackbirds increased presence in the garden will encourage a few more winter thrushes down later in the month... 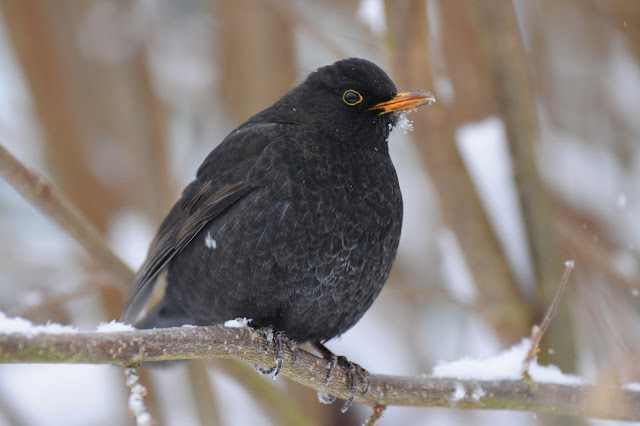 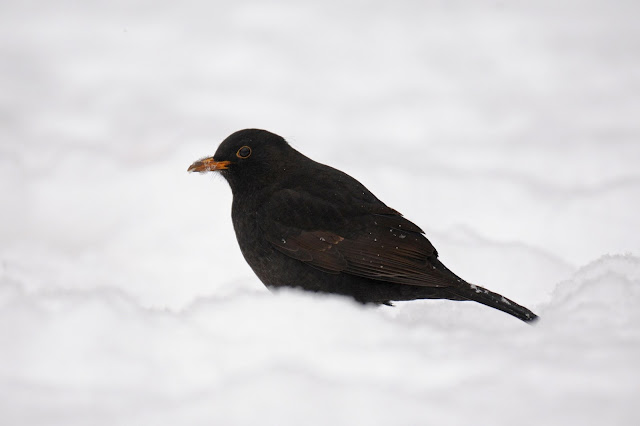 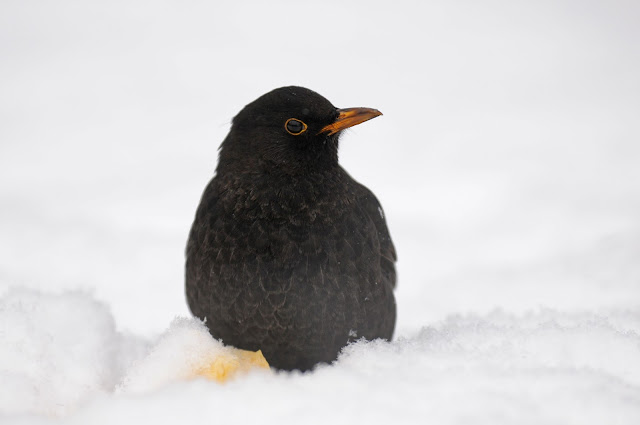 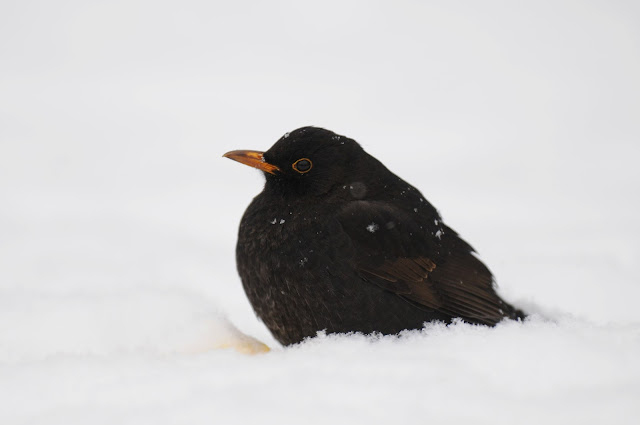 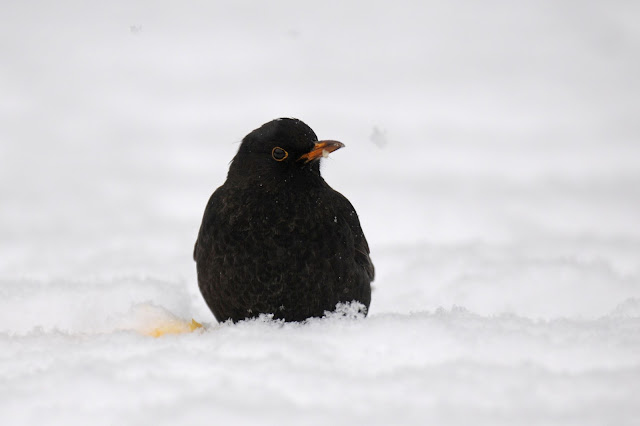 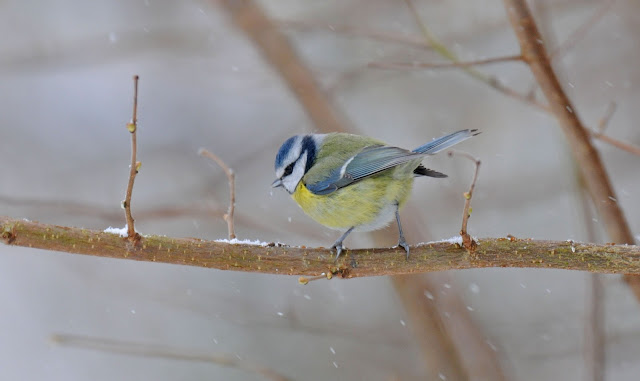 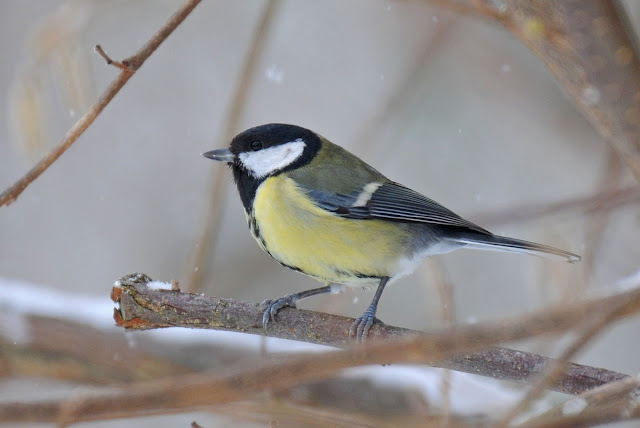