An Encounter with My Favourite Animal

I took yet another trip to Old Winchester Hill the other day on what was set to be the hottest day of the year.
The journey started off in style when as we got out of the car at a petrol station along the A3, I noticed a bird of prey high up being mobbed by Swifts... I'm quite glad at what I saw next- as zooming in on the camera revealed it to be a beautiful RED KITE, get in there! Sorry, the shots don't really equate for the beauty of the bird! 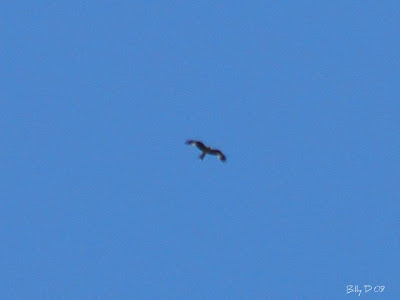 As we neared the Old Winchester Hill I noticed a dove flying low over the road, I have to say it looked a bit like a Turtle Dove... I guess we will never know :(
Getting out the car and I noticed a Bullfinch singing from an exposed perch, but just as I set up the camera it flew away! Ah well, plenty of other finches to be getting on with, including Yellowhammers (yes I admit, it's a Bunting). 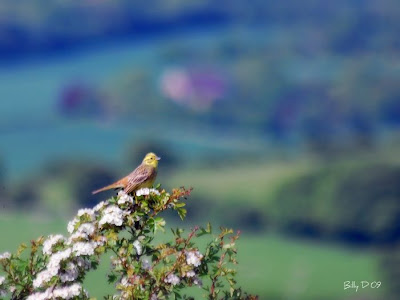 Yellowhammer
As you would expect on a day were temperatures were reaching 24 C, there were lots of butterflies about. The Small Heath butterfly is very abundant on the chalk hill slopes and at various parts on the walk, I found myself running after what I thought was a Small Copper, only turning out to be a Small Heath when it landed!
Green Hairstreaks were also quite abundant and I managed to catch up with one that had a great big bit taken out of it, probably the result of an attack by a bird. 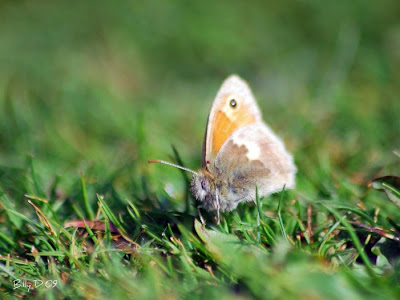 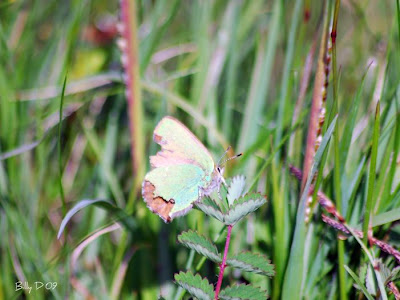 Green Hairstreak
The Common Blue is another one of those species that can really get you thinking you have a slightly more decent butterfly on your hands. I have been told that Adonis Blue are quite common on the hill so I was keeping my eyes peeled for anything unusual. When I found a butterfly that looked very much like this rare species of Blue, I was reaching scrambling to find the field guide! The problem was it didn't look blue enough for an Adonis Blue (don't ask!) and I couldn't explain the grey patches on the wings. I looked in the field guide and my initial suspicions were confirmed, it was only a Common Blue... 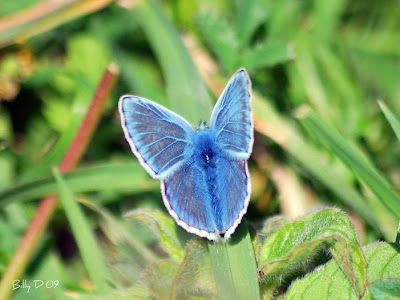 Common Blue
Here are a couple of female Common Blue I also took that day for comparison... 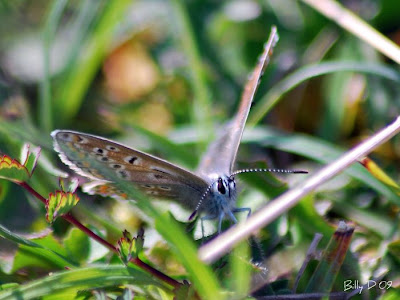 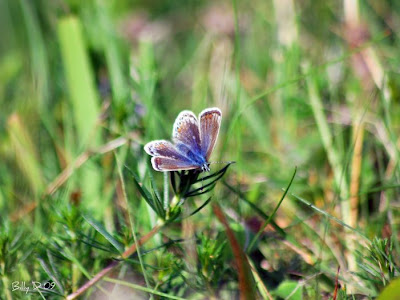 Common Blue (female)
As we climbed on up the steep slopes that are Old Winchester Hill, a small worm like creature was doing exactly the same. As we came face to face with each other, I noticed it was a Glowworm! It may sound weird, but these are my favourite animals, they may not look special during the day but if you have ever had the privilege, like me, to witness these creatures at night, then you will understand why they are my favourite. It had to be the best wildlife encounter of my life when we went to a secluded part of the South Downs a couple of years ago at twilight and watched Glowworms... well, glow! 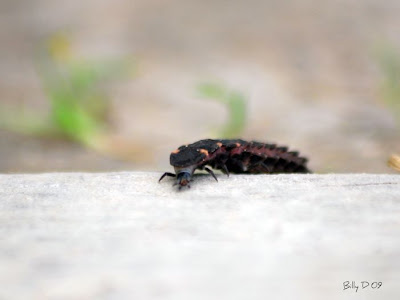 Glowworm
Before I knew it, it was time to go home but there was just enough to fit in a few glances and shots of a Mother Shipton Moth (a totally new species for me)... how it can be classed as a moth and not a butterfly I don't know! 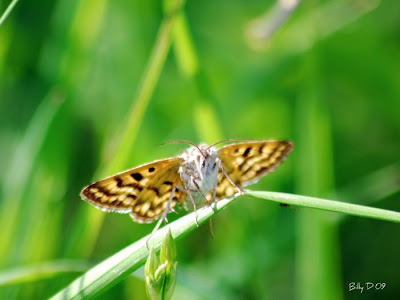 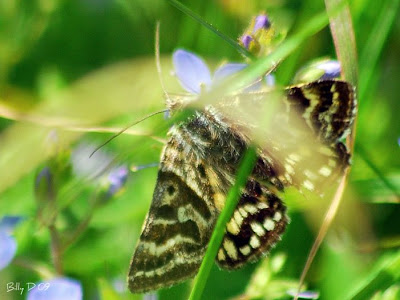 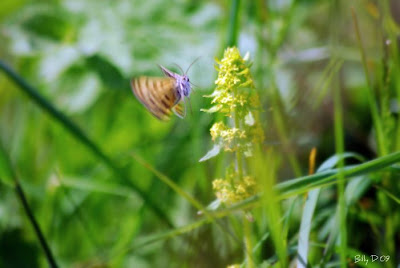 Mother Shipton
Email ThisBlogThis!Share to TwitterShare to FacebookShare to Pinterest

Billy, it's good to see Red Kite anywhere, anytime. I'm sure you will get another chance before too long to get a better photo.

Hi Billy.
We always look but we don't always leave a comment. In fact a comment is long over due. Your knowledge is amazing and wonderfully photographed and then published with you usually witty comments. It all makes for a most enjoyable browse and read. Well done. Gramps.

Sorry Bill
It should have read.......with your usual witty comments. Gramps

Great photos Billy. I should try some macro shots sometime. Yours make me want to try. Excellent work.