Today I found myself spending what was an absolute scorcher of an afternoon on Bookham Common, in the company of hundreds of thousands of invertebrates- it was basically heaven. One invert I particularly wanted to catch up with was Brown Hairstreak, a late emerging butterfly that has a stronghold around Blackthorn bushes in the more open areas of the Common. After hours of searching, I succeeded in finding one, but only managed an agonising glimpse as it flew away over a hedgerow at speed. The show was stolen though by a stonking Clouded Yellow; a migrant that has seen a fantastic influx this year into Britain. It came out of nowhere and slowly fluttered over the grassland, before continuing over the hedges and towards Bookham station. Surely this has to be one of the one of the best, if not the best year for this species in Surrey.

I'm absolutely useless when it comes to grasshopper identification, but with Orthopera providing the loudest soundtrack out in the grassland, it seemed rude not to have a go. Amongst the abundant Field and Meadow Grasshoppers was the rarer Rufous Grasshopper, a lover of rough calcareous downland in the south of the country, and one of the few grasshoppers that isn't an absolute bugger to identify... 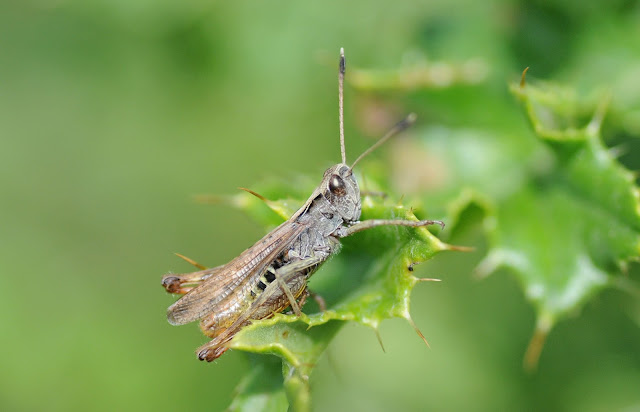 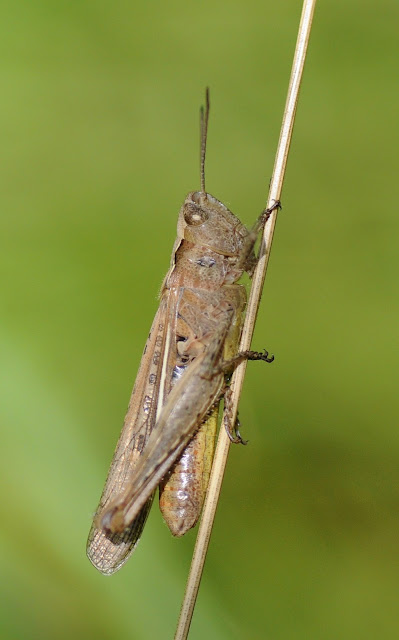 Small Skipper are still out in good numbers, with double figures counted this afternoon. This one has certainly seen better days, though... 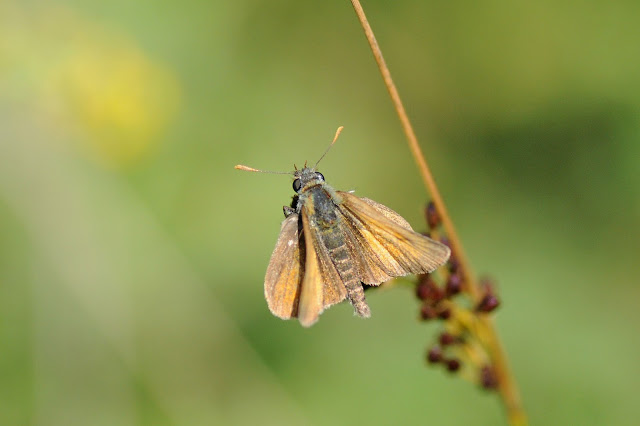 Back in the garden, the moth trap is still producing the goods. For whatever reason, mid to late-August always seems to be the most productive time of year down here, particularly in terms of 'rarities'. Hoary Footman and Tree-lichen Beauty appear to be two of the more common moths in the trap at the moment, whilst recent additions including Cabbage Moth, Orange Swift and Canary-shouldered Thorn bring the garden moth list to 486 species. With a new species every night for the next two weeks, the big 500 should be an easy total to reach before I head off to uni, and then we'll all have a massive piss-up to celebrate. 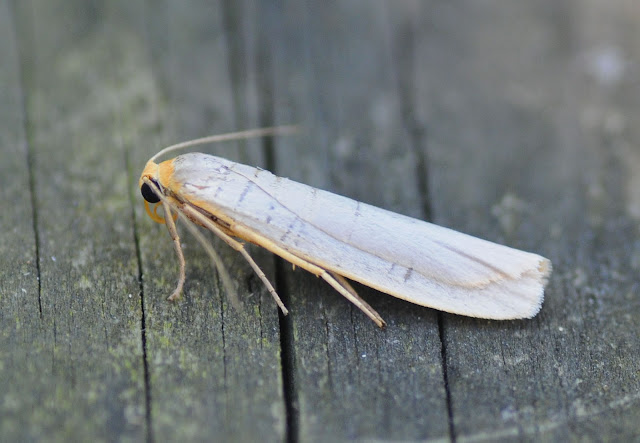 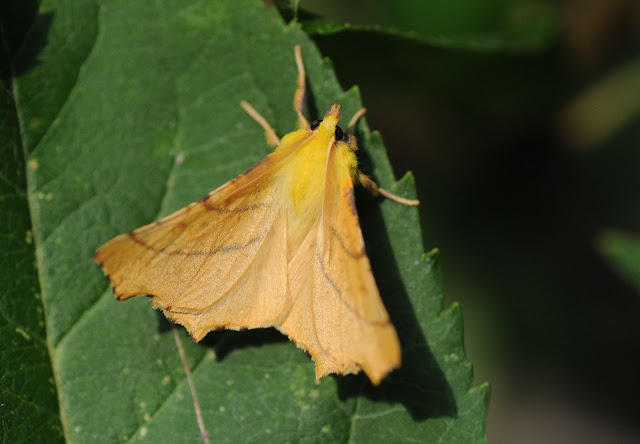 If you haven't already got it, here is a quick plug for the 'Photographic Guide to the Grasshoppers & Crickets of Britain & Ireland', part of the absolutely brilliant 'Wild Guide UK' series that also covers Shieldbugs and Squashbugs. Well worth the money.
Email ThisBlogThis!Share to TwitterShare to FacebookShare to Pinterest