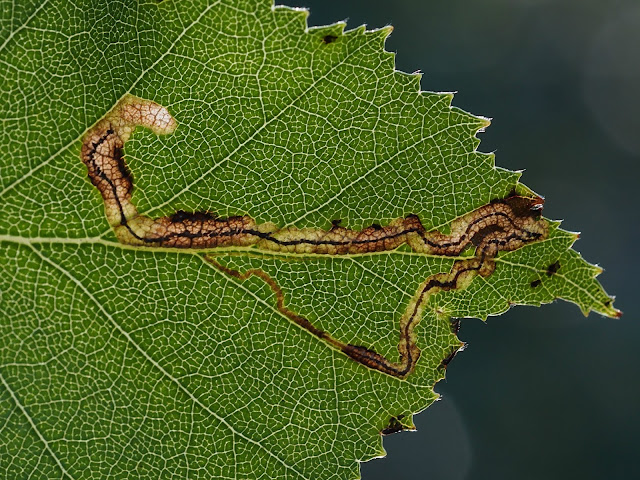 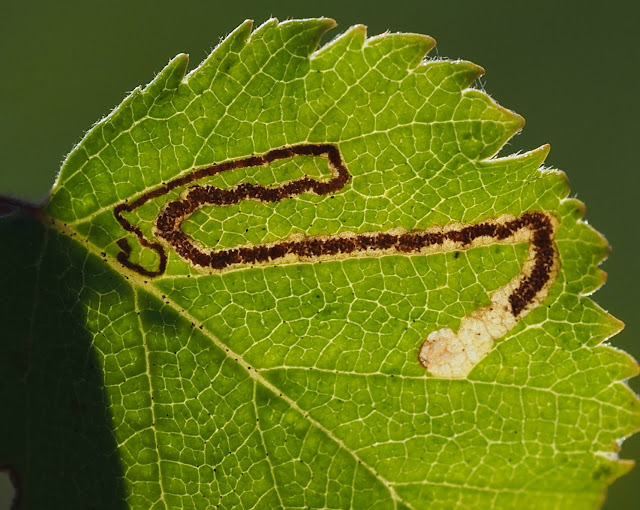 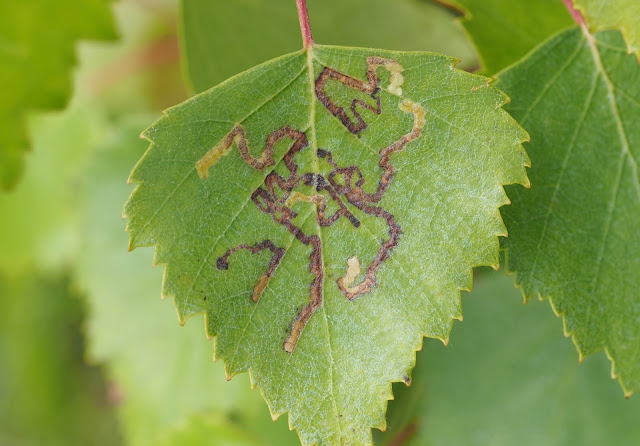 The scorching daytime heat in recent days has sent most animals scarpering for the shade, as I found out when I decided to visit Esher Common in 30°C midday heat on Tuesday - wearing a pair of baggy jeans. I soon realised that the protection given by jeans against horseflies wasn't outweighing the uncomfortable level of torridity below the waist, especially given that there were no horseflies on the wing in the heat. I think I've learned my lesson for next time.

A couple of Brilliant Emeralds were hunting in the shaded corner of Black Pond and Small Red Damselflies were everywhere, but the only things willing to oblige for photographs were a handful of leaf-mining Stigmella moths. A bit of rummaging around resulted in three different species, all quite easily distinguished from each other using small differences in the structure and contents of their feeding patterns.