With no lectures to worry about, today seemed like the perfect day to kick-start my Worcestershire birding year. After the compulsory lie-in, I whipped out the bike and cycled the 10 odd miles up to Ombersley Golf Course, where a Redpoll 'super-flock' have recently been observed. The birds had been reported feeding along a line of alders in the southern corner of the golf course as well as in a nearby crop field, and along with sucking in up to double figures of Mealy Redpoll, an amazing Hornemann's Arctic Redpoll was found amongst the flock over the Christmas period, but disappearing soon after.

A small group of Redpolls were feeding in a cluster of alders soon after I arrived, and a local farmer- noticing the binoculars around my neck- suggested I viewed the private fields behind their farm, explaining how she'd seen a large flock of finches feeding in them earlier in the day. I don't think I've come across such a friendly farmer since leaving Fair Isle!

Her suggestion paid off (cheers, Mrs. farmer!), as a larger flock of 60+ Redpolls soon flew in to munch on seed crops. Feeding in such close-quarters with each other, it became easier to compare between the darker plumage of the Lesser Redpolls (Carduelis cabaret), and the paler, bulkier plumage of the real stars of the show; Mealy Redpolls (Carduelis flammea)- fresh in from the colder climes of northern Europe...

EDIT: This has become more educational than I first though, and after consulting with others, my doubts were confirmed and none of the birds photographed here are pale enough for Mealy. I was starting to question the ID after I posted this, but it's an unfortunate case of posting the images without doing the research! Although it might be hard to believe after this cock up, I promise you I did see Mealy Redpoll this afternoon. I just took too shit-a-photo of them that I thought I'd save you the distress and not post them. However, here is a true Mealy Redpoll in all its pale glory, feeding in the same place as all the rubbish, boring, wannabe-Mealy Lesser Redpolls that make up the rest of the post...

Every now and then, disturbed by passing cars, the flock would move into a nearby hedgerow where it became possible to pick out more pale birds... 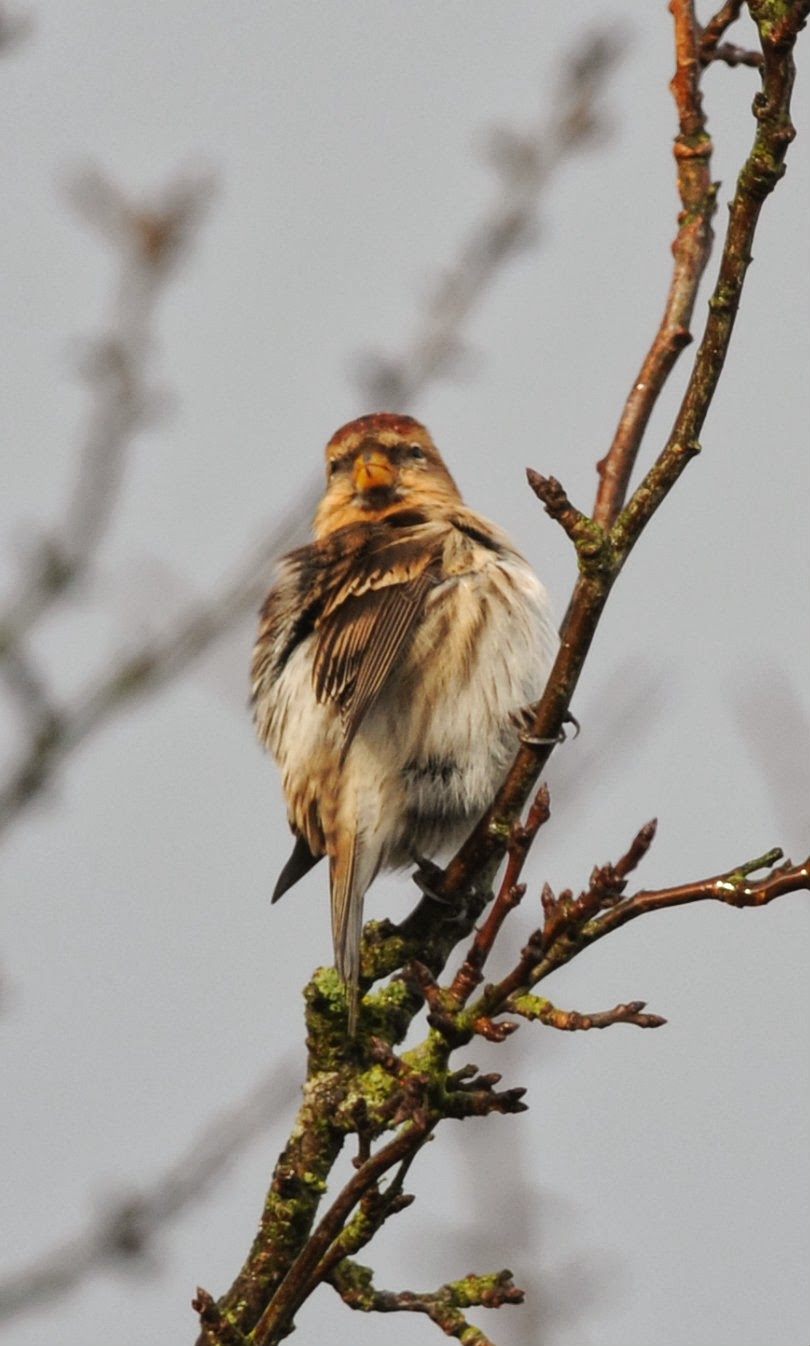 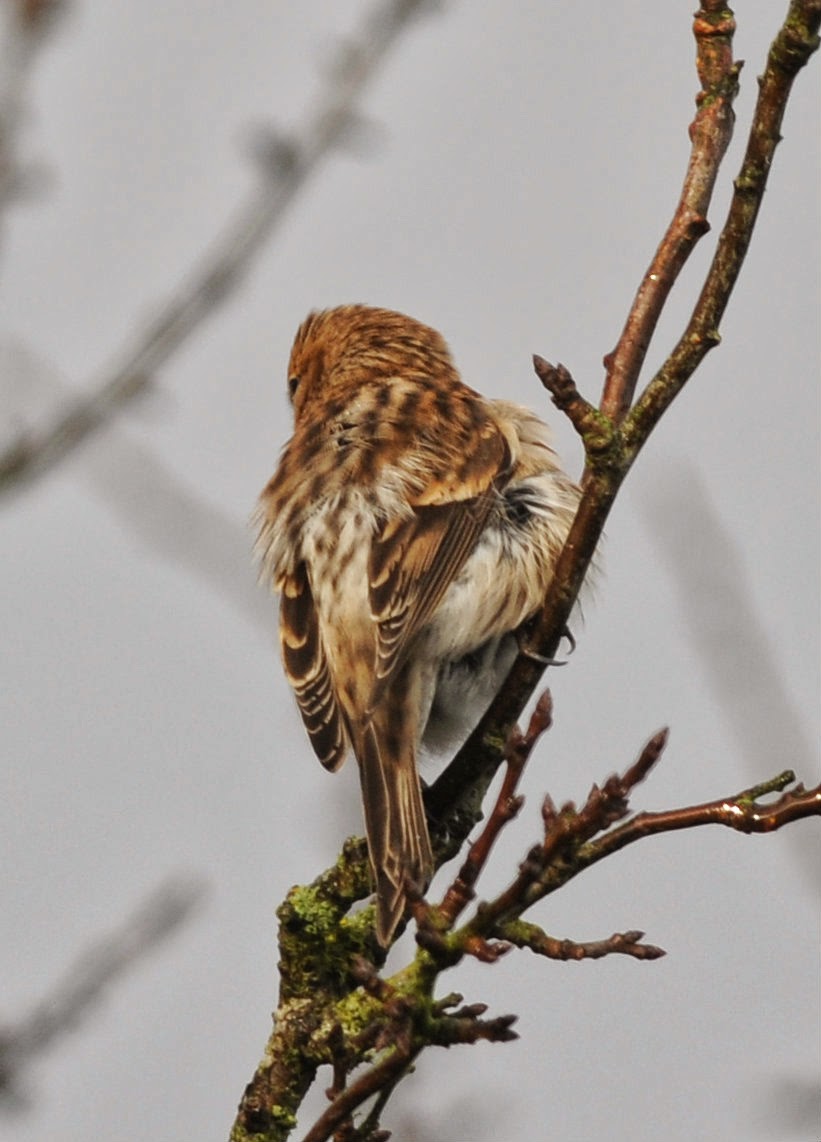 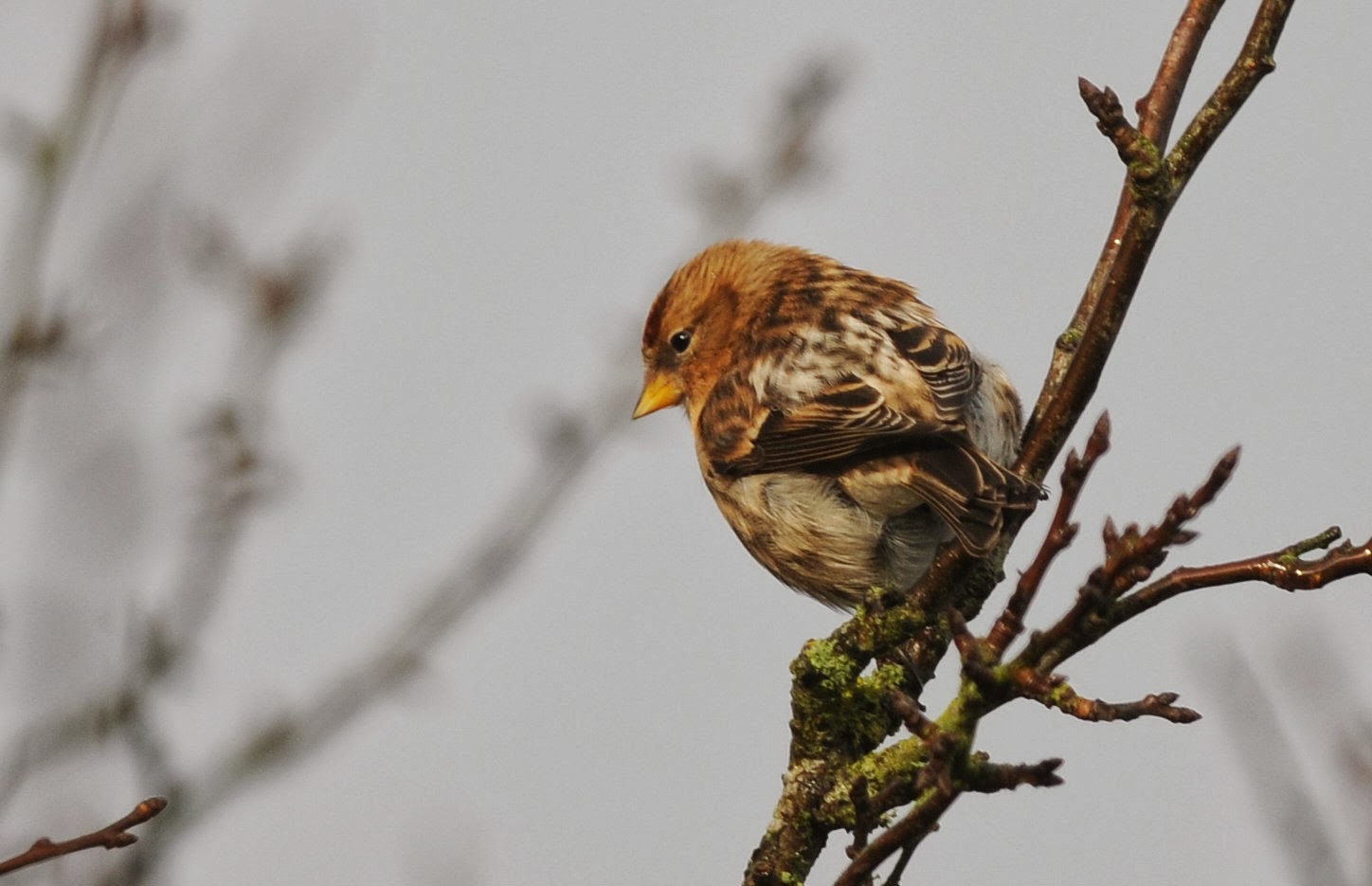 I'd be guessing if I was to try and give an accurate figure for the number of Mealies present, due simply to the overwhelming number of birds. It was pretty clear, however, that at least 15 'definite' birds were involved- including both those on the golf course and in the crops- with many more pale Mealy 'contenders' that I couldn't get a decent look at.


All in all a pretty educational session in the Worcestershire countryside, with a fantastic sunset over the Malvern Hills more than making up for the stream of constant showers that made cycling the 10 miles back to University a bit of a chore.

A special thanks to Midlands Birder for providing the directions.
Email ThisBlogThis!Share to TwitterShare to FacebookShare to Pinterest