A productive day was had at Bookham Common on Saturday for the on-going LNHS ecological survey- more information on which can be found here: http://www.lnhs.org.uk/surveys.htm

There was a fairly decent turn-out for the survey considering the weather, and it was nice to catch up with the Bookham regulars; Stuart Cole, Tristan Bantock and Sarah Barnes, as well as meeting fellow 1000for1ksq-er Rob Wallace for the first time. It's always a privilege to spend time in the field with experts, and with the guarantee of some decent invertebrates, and a good bit of banter in the LNHS hut over lunch, Bookham is the place to do it.

The sun attempted to shine though on a couple of occasions, but generally there was a steady drizzle that didn't make ideal conditions for searching out invertebrates. Bird action was pretty good though, with a Nightingale singing to the west of the LNHS hut, and a cuckooing Cuckoo remaining long enough on an exposed perch at Little Bookham Common for a grainy sound recording to be made... 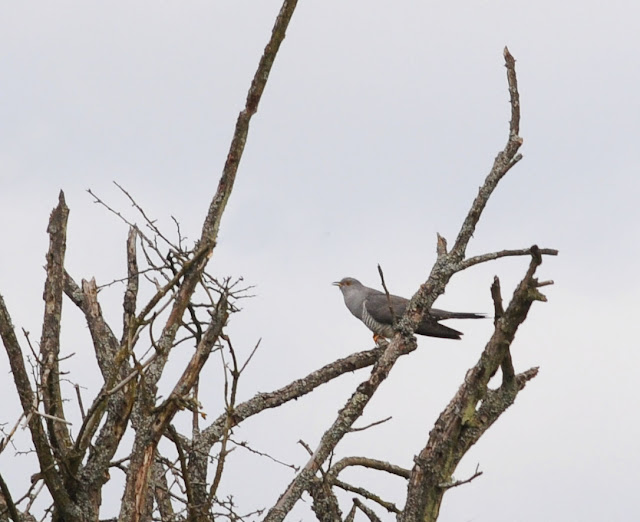 A lot of time was spent surveying in Great Mornshill Wood, an under-recorded section of the Bookham recording area. 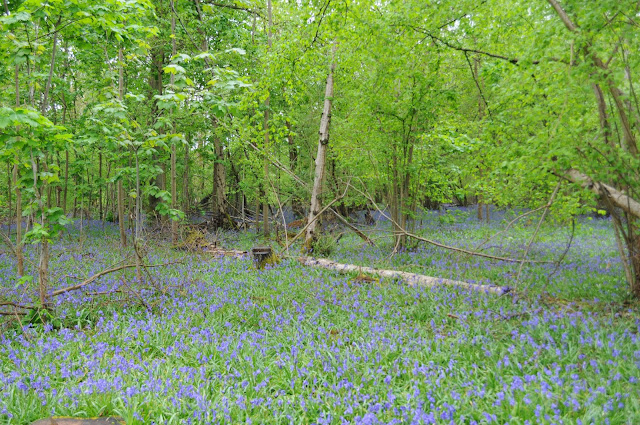 Diaperis boleti on it's host, Birch Polygore (Piptoporus betulinus). A previously rare and restricted species that has started to increase it's range in the last couple of years, and is now quite common on birch fungi throughout Bookham Common... 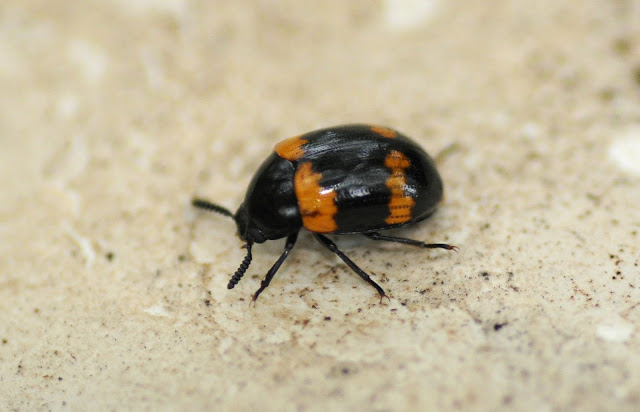 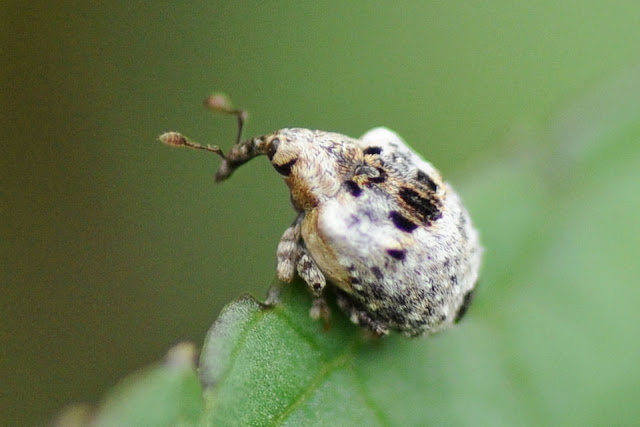 Another weevil on Figwort, in the company of the above species, was Cionus hortulanus... 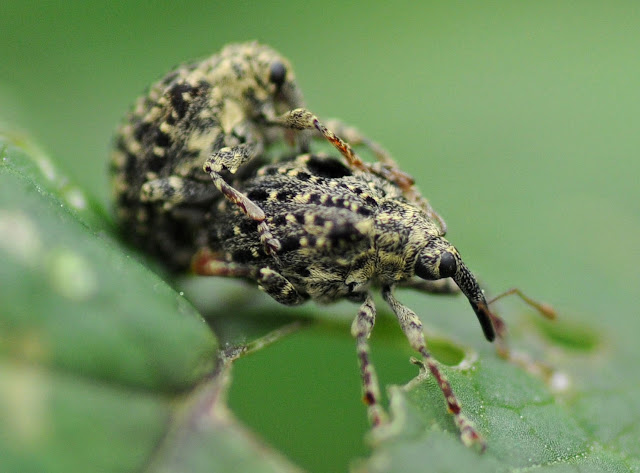 Whilst I could only provide the moral support when it came to identifying beetles, there was a few day-flying lepidoptera to keep the camera, including the first Adela reaumurella, Nematopogon swammerdamella and Esperia sulphurella (below) of the year... 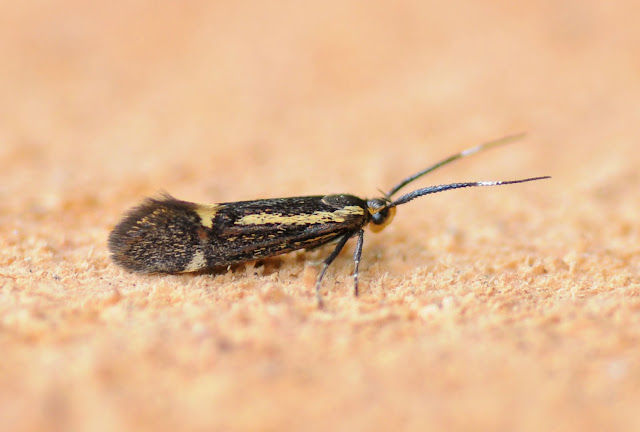