Y'all Folks Have a Nice Christmas Now

Y'all Folks Have a Nice Christmas Now

Well, it's Christmas Eve, and I've just found a window of opportunity to sneak away from the family to show you a picture of a Robin, a Woodpecker and a Parakeet I took in... yes, you guessed it, Bushy Park; my second home (after my bed, and the sofa... though not necessarily in that order) earlier today- what with it being Christmas Eve, I just managed to resist the urge for a long distance twitch.
There was still quite a large amount of snow in the park, and instead of following the well trodden down paths around the ponds, I decided to go off road into the remote, snowy grassland, following remote, wild deer tracks... Bear Grylls doesn't do shizzle like this!

Wrens were calling in the dead ferns, and a Green Woodpecker was digging around for ants. It was too cold for fieldcraft, so a photo was a no-go, but here's one I made earlier, taken in Richmond Park, in February a few moons ago... 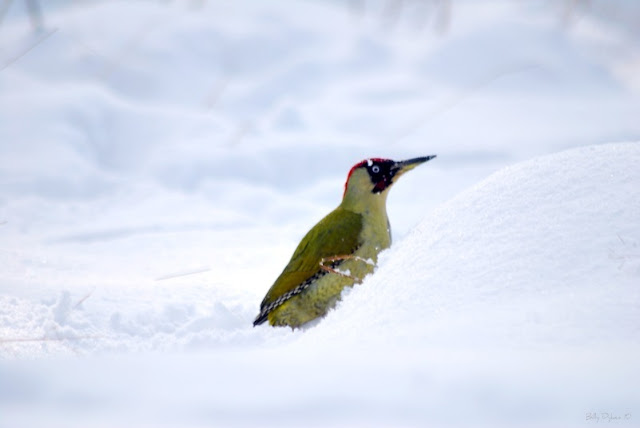 In the woodland gardens, a Ring-necked Parakeet was decorating its hole in the tree ready for the big day, and amongst a foraging tit flock, a Robin was pecking around in the leaf litter. 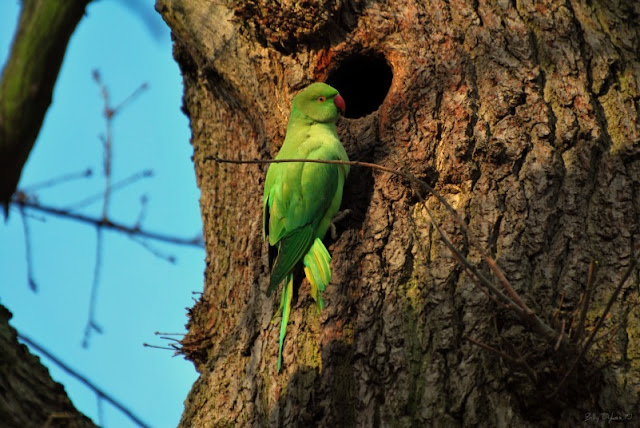 I guess all thats left to say now is for you to have a very... 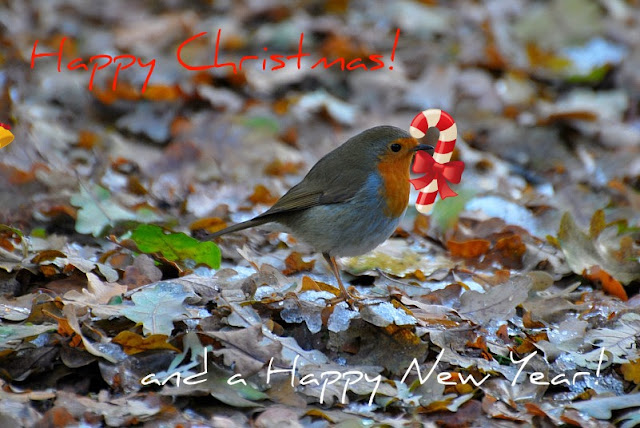 Oh, and one last thing. I know how much you have been eagerly awaiting the results to my 'Do You Twitch Rare Birds?' poll that I put up in the right column of the blog. Ok, here goes... the results are in, and it appears that the average birder twitches......... but not often. Ten people voted (cheers) so you can bet on it being an accurate reflection. Just something to ponder on whilst trying to cope with the in-laws over the festive period. Bye now.
Email ThisBlogThis!Share to TwitterShare to FacebookShare to Pinterest

Cheers Frank, same to you. My only wish is to get through A-Levels.. perhaps I'm pushing it slightly though ;)

Happy christmas from me too, Bill and hope you have a good 2011.