There is nothing better than setting your alarm to Heart FM for 0:00pm and going out into the garden, armed with nothing but an alert cat to find moths and a camera to capture them (ok, there are hundreds of better things to be doing at that time of night!!). Over the last week or two, weather has been brilliant for moths so I went out on a couple of occasions to see what I could get my hands on.

Probably the moth common in our garden at the moment is the Australian Light Brown Apple Moth or Epiphyas postvittana (don't even try to pronounce it!). It is thought this moth managed to sneak past Border Line Police from its home country of Australia and has since established a thriving population. I took this shot as it perched on the brakes of a bike... 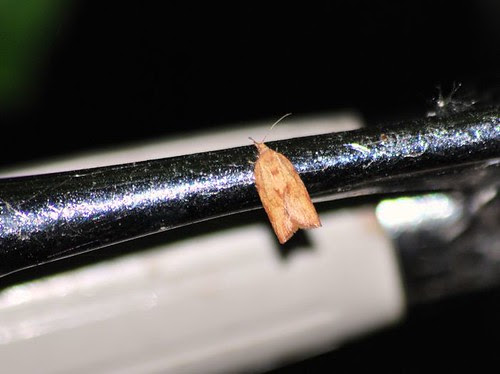 This very sneaky Copper Underwing (Amphipyra pyramidea) managed to find it's way into my bedroom last night and began to happily munch away at my curtains. Look at those intricate brown patterns! 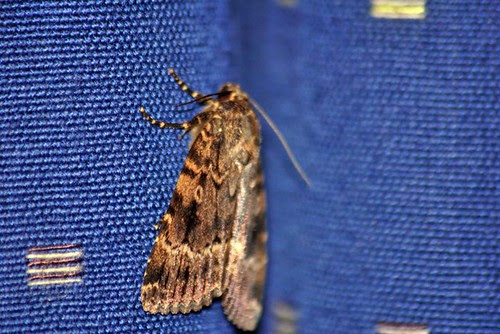 But my favourite moth has to be the beautiful Orange Footman (Eilema sororcula) which I attracted to a torch last month. These large moths really are striking when seen up close. What's more is that its not very common either, being mainly confined to the South East- score! 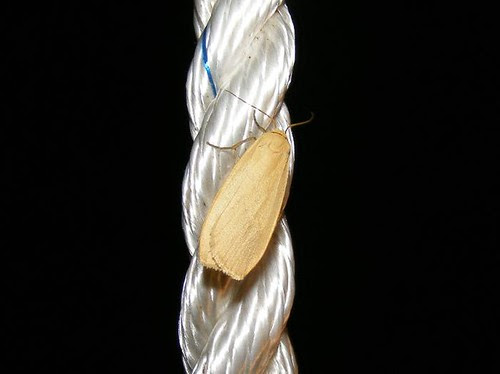 I must give my thanks to members at BirdForum who took the time to identify some of these moths that I just couldn't get my head around, and UKmoths for having Latin names for all these moths for me to copy and paste onto the post instead of having to write it all out myself!

Just ordered myself a Moth book. What started as a bit of curiosty about butterflies has turned into a full-blown insect spotting hobby to go with the Birdwatching. Still, it keeps me off the streets.

Do you have a Macro lens for that camera? Because those are some nice close-ups.

Ah ignore me, just saw the 'What do I use' bit on the side bar. Looks like you have the same lens as me, but the Nikon fit version. It's a good'un.