Rhubard and custard by the sea

One of the habitats I've been most eager to sink my teeth into since arriving in Dorset are the undercliffs that have formed in various spots along the coast where soft rock has slumped below a sheer cliff face, creating a slope down to the sea. These are constantly changing landscapes dominated by erosion. Crumbling scree and rock falls constantly expose areas of bare ground which in turn opens up niches for pioneer plants and insects to colonise, including such mouth-watering rarities as Morris's Wainscot and Cliff Tiger Beetle.

The undercliffs that stretch between Lyme Regis and Axmouth are easily accessible and their potential to support some cracking wildlife has well documented, but they're a long drive away on the other side of Dorset. Much closer to home are the secluded, remote and wholly unstable undercliffs nestled deep within the army firing ranges near the abandoned village of Tyneham that can only be accessed at low tide - a much better option for an afternoon invert hunt! 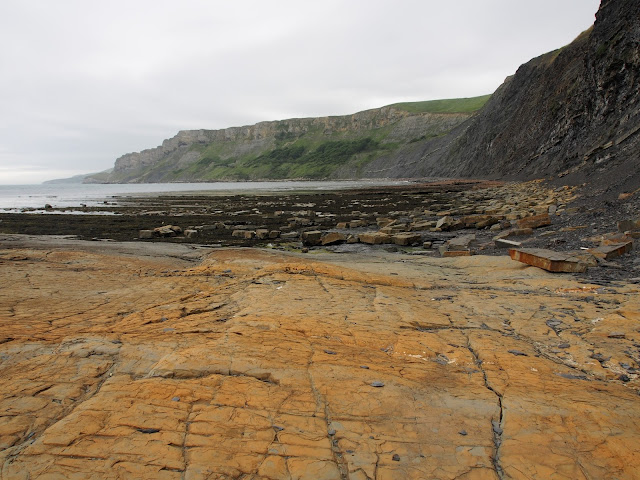 A quick check of the tide times and I was off to Kimmeridge Bay, where I headed towards the undercliffs via a long walk along the fossil-filled rocky shoreline of Brandy Bay, dodging a constant shower of tumbling scree as I went. The jumble of undisturbed odds and ends along the strandline indicated that I'd strayed beyond the reaches of the average tourist, with small fossils, fish bones, wayward buoys, fridges, rubber ducks and even a rotting Harbour Porpoise interspersed amongst piles of plastic, old rope and driftwood. 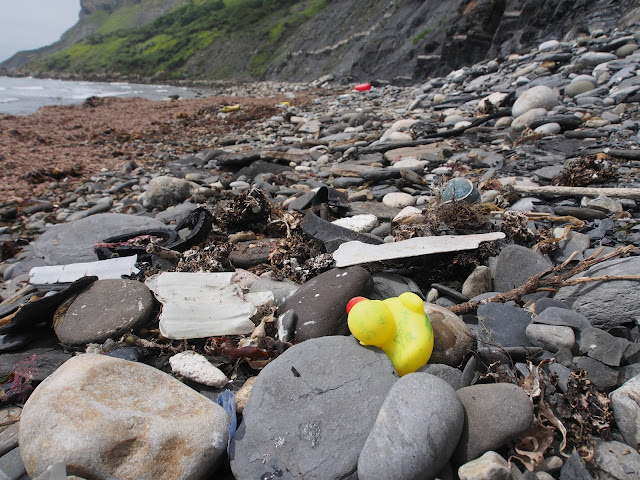 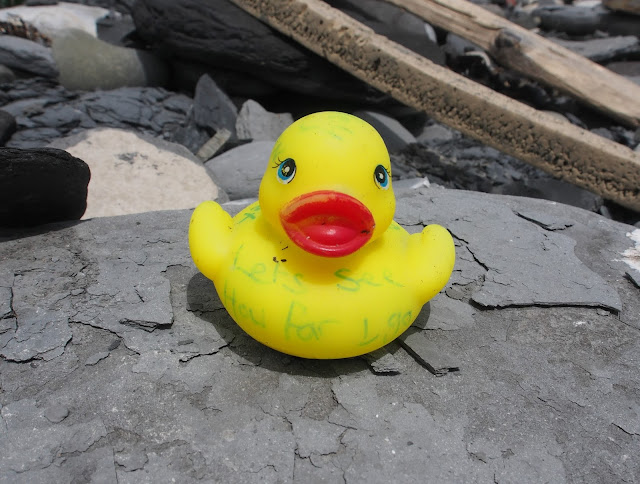 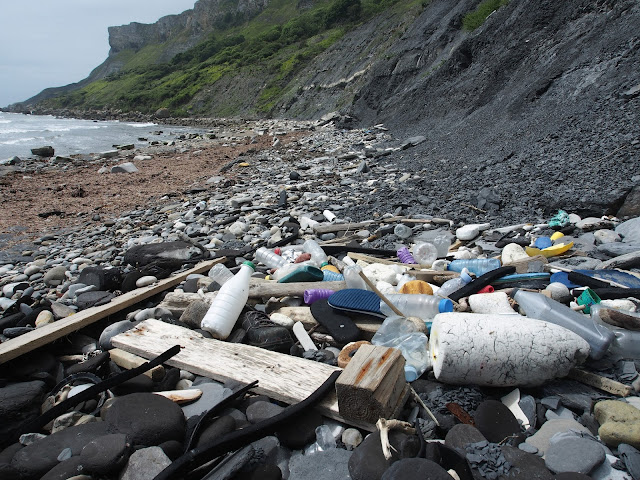 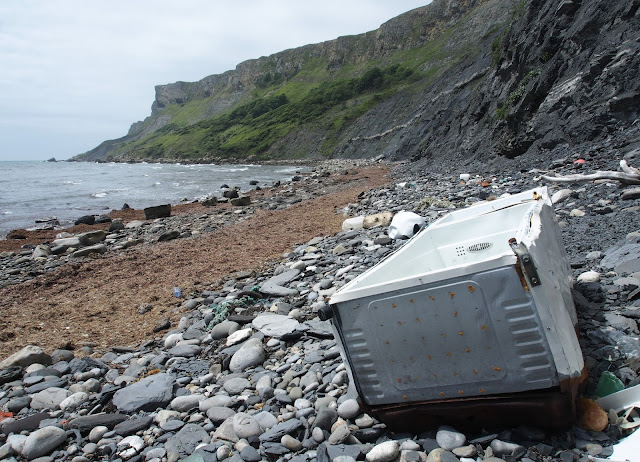 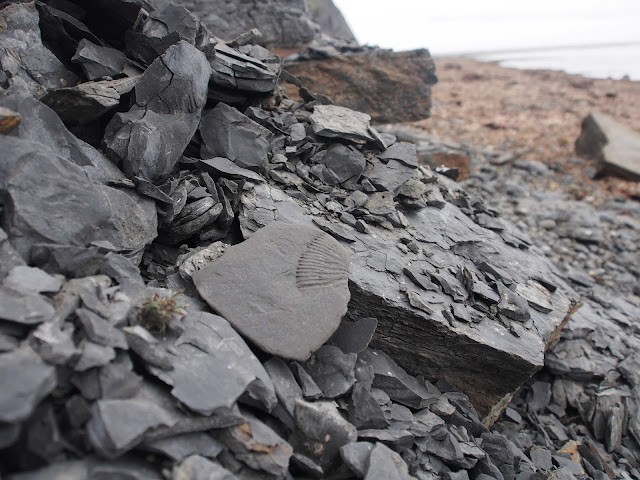 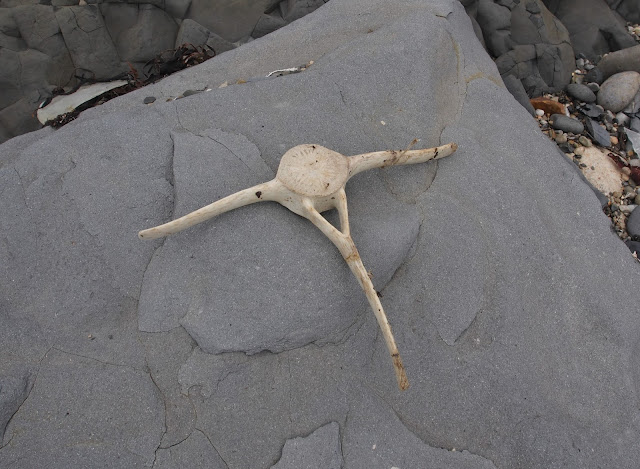 Does anyone know what animal this belongs to? 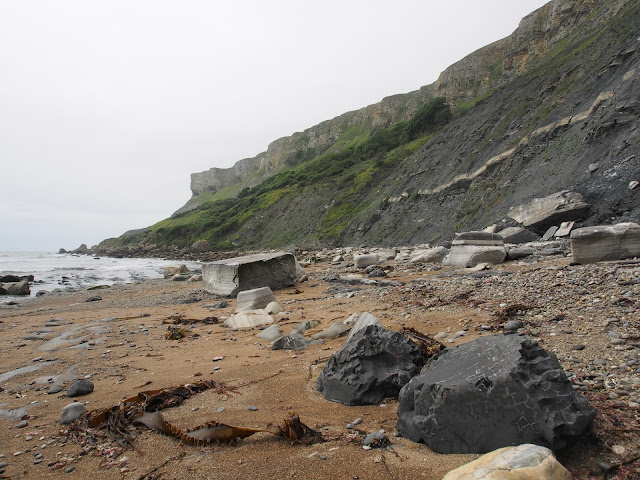 Up ahead the undercliffs beckoned so I snapped out of beachcombing mode and back into wildlife mode. Yellow Horned-poppy was growing on the shale where the undercliffs met the beach, and it was here I found Enoplops scapha, a scarce bug of coastal habitats. A very hyperactive micro moth flying around the shingle nearby eventually settled on vegetation and I had my first rarity of the day, the stunning tortrix Selania leplastriana. What a moth! 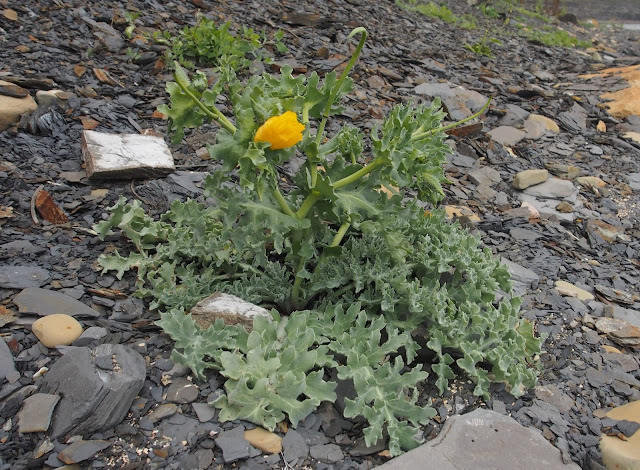 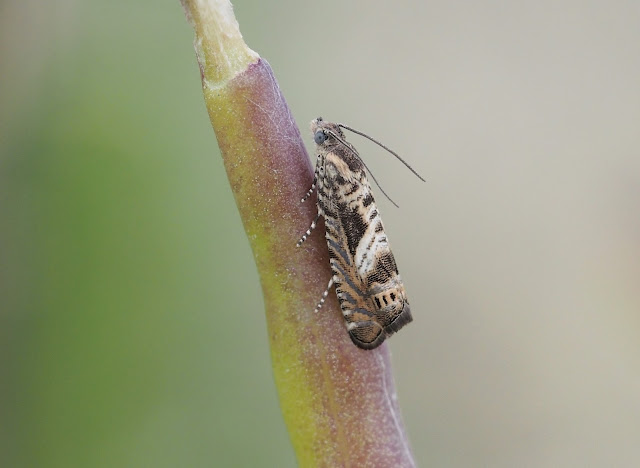 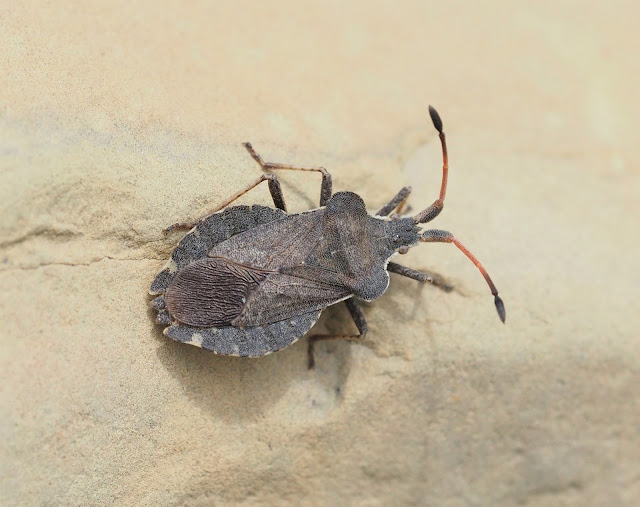 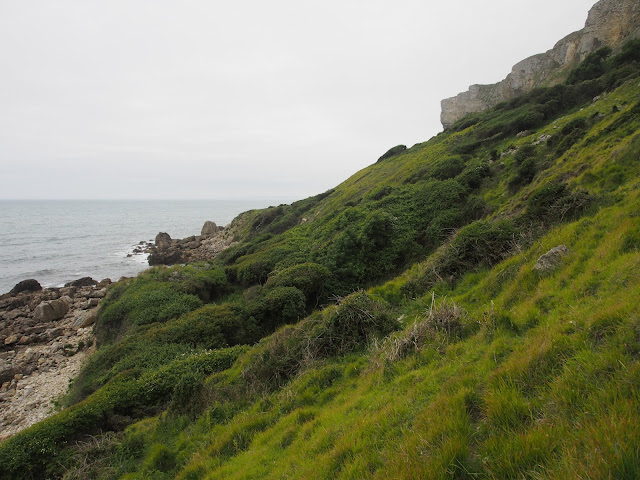 I left the beach and clambered up the slopes to reach a grassy area with some huge boulders that must have come down from the huge precipice of Gad Cliff at some point. Platytes cerussella flushed with every few footsteps, and amongst the turf Macrotylus paykulli was loitering around its foodplant Rest Harrow along with Rhinocyllus conicus on Spear Thistle. 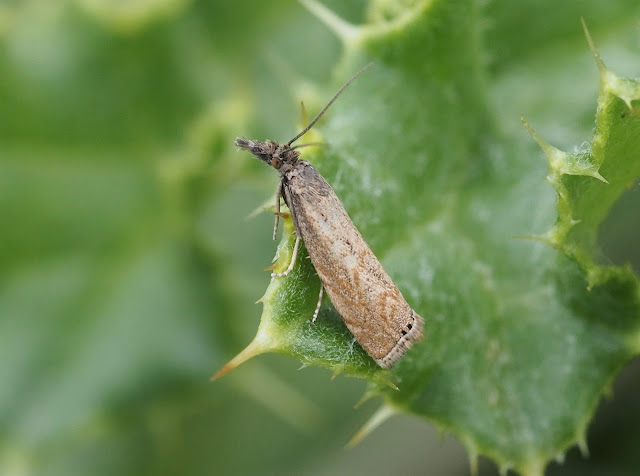 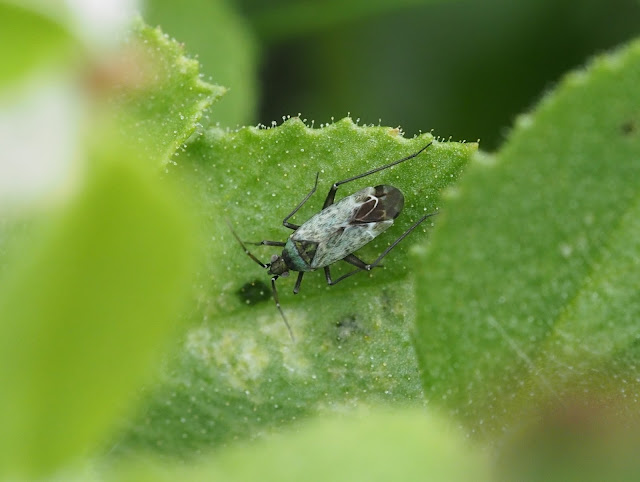 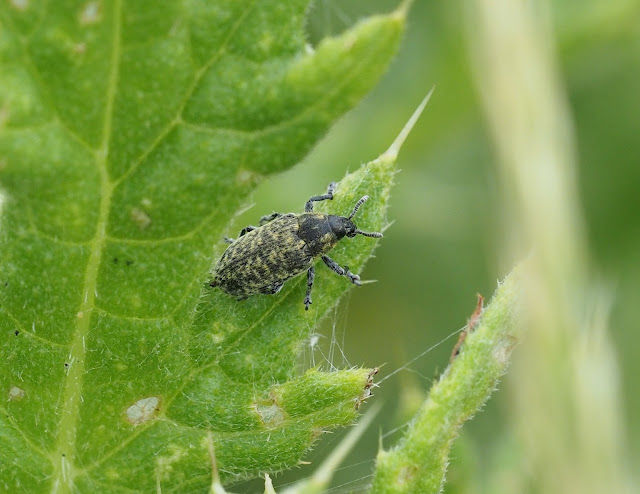 Everything else suddenly became much less interesting when a striking pink moth shot flew my face and headed on up the slope. I leapt after it, but it was travelling fast and flying over rocky ground. I considering activating my mountain goat mode but quickly figured it would end in tears if I did. Luckily, the moth dropped down and settled on a grass stem not too far away and I was treated to up close views of Oncocera semirubella, a georgeous sea cliff & chalk downland specialist that I've wanted to see for a long time. 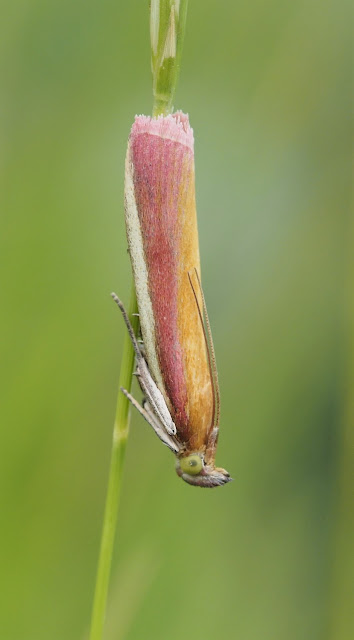 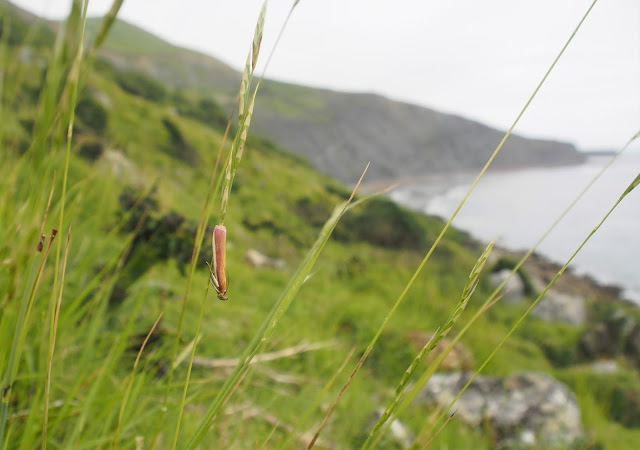 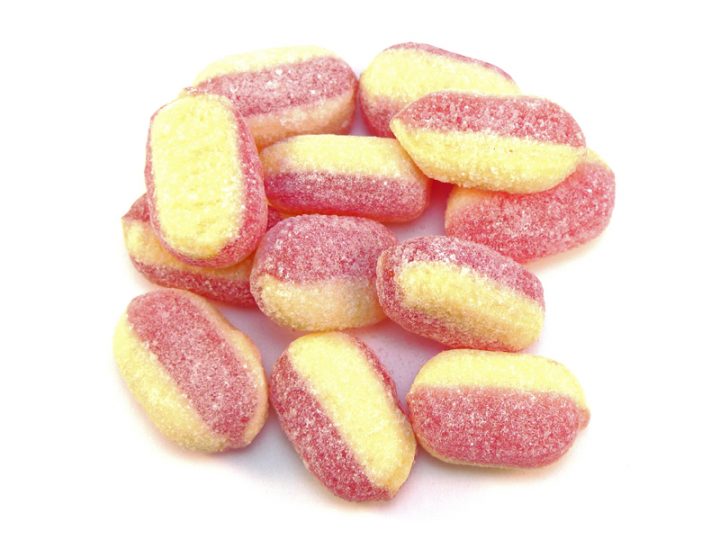 A fantastic couple of hours -  I think a return visit is definitely on the cards later in the summer. Might even have to bring a moth trap.
Email ThisBlogThis!Share to TwitterShare to FacebookShare to Pinterest

I've been fortunate to trap semrubella in the garden. Stunning moth, I like the rhubarb and custard observation.