A couple of weeks back I received a message from Ian Beggs, a regular guest at Skokholm Bird Observatory who stayed there for two weeks whilst I was assistant warden. He was driving back to Skokholm for a week of bird ringing and wondered if I wanted to fill up a spare seat in his car. There were no two ways about it, returning to Skokholm has been top on my list of things to do ever since I left the island two years ago. A quick exchange with wardens Richard & Giselle and it turned out I had a bed to sleep on for the week!

Having spent a summer and half an autumn on the island in 2014, Skokholm has a very special place in my heart, and the whole visit was a trip down memory lane. Everything was where I'd left it, bar a couple of humongous boulders which had dislodged and tumbled down into the sea. After a couple of days of mist, wind and horizontal rain, we were basking in sunshine for the remainder of the week, intensifying the warm colours of Skokholm's Old Red Sandstone and giving the island's cliffs their characteristic red-brown hue.

It was great to be back, catching up with old friends and making new ones. There's never a dull moment on the island, with fellow guests including several BTO seabird researchers who were fitting radio-tracking devices onto Storm-petrels, and award-winning wildlife photographer Sam Hobson who had come to Skokholm with a vivid image in his mind of the perfect Manx Shearwater photograph to capture. 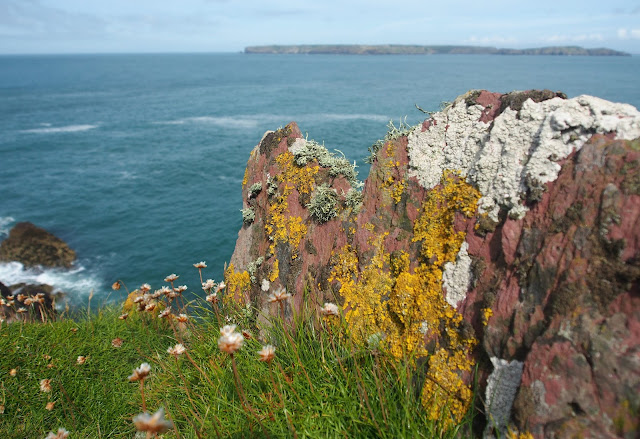 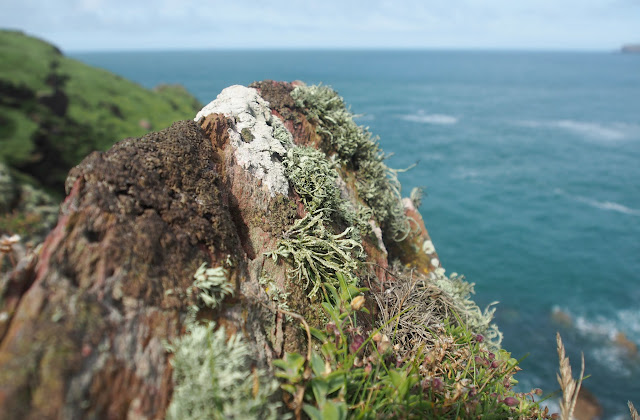 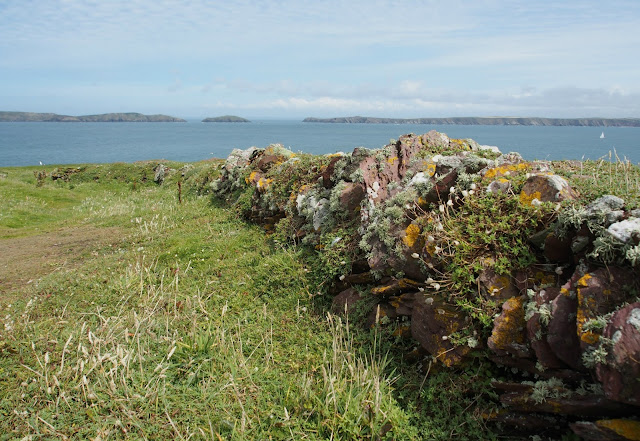 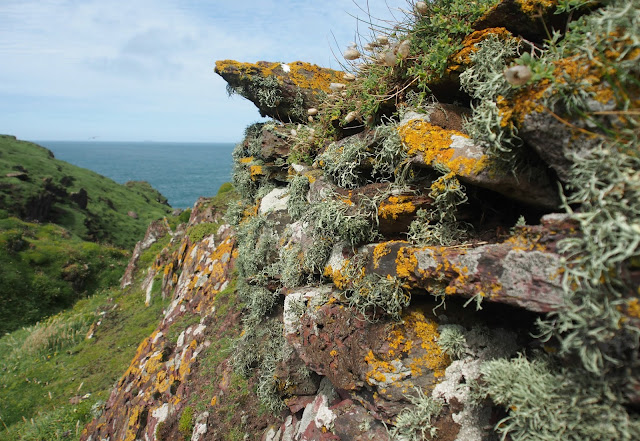 Every square inch of Red Sandstone on Skokholm is carpeted in various maritime lichens, some being extremely rare like the delicate Golden Hair Lichen below... 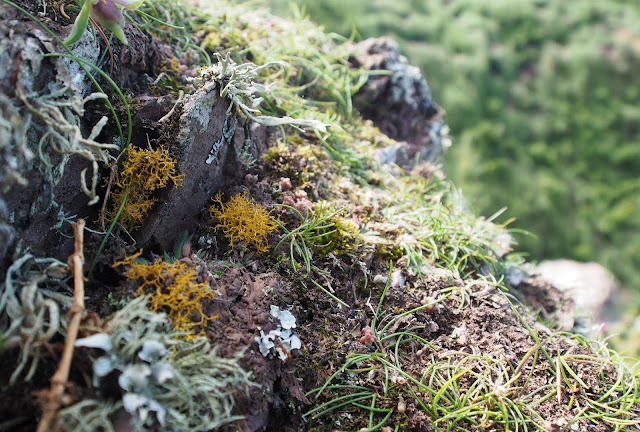 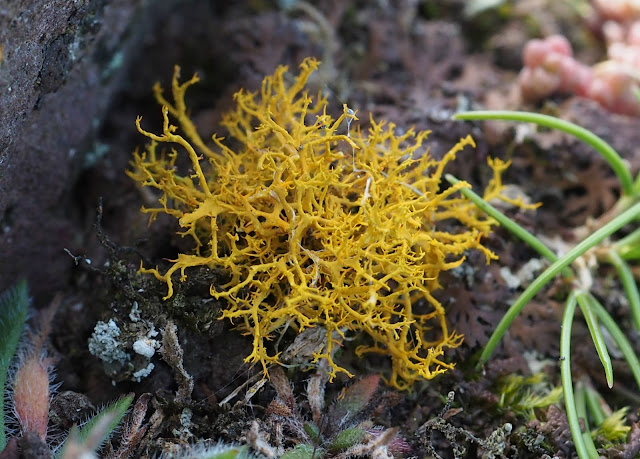 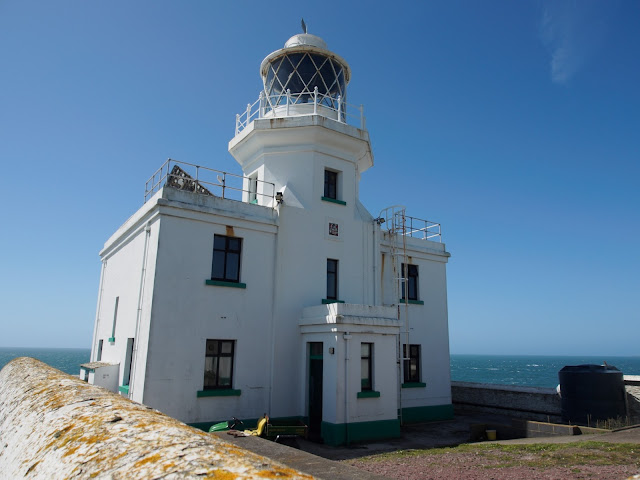 Sam and I discovered a Basking Shark just off the lighthouse cliffs one afternoon - the first I'd ever seen and a rare sight around Pembrokeshire waters. We watched it slowly cruise east towards the mainland, dorsal fin and tail barely breaking the surface as it battled against the turbulant sea in an effortless and unperturbed manner. Unfortunately, by the time I'd mustered up enough phone reception to alert the other islanders the shark was moving into bright glistening waters directly below a hot sun and we lost sight of it as the first 'twitchers' arrived. 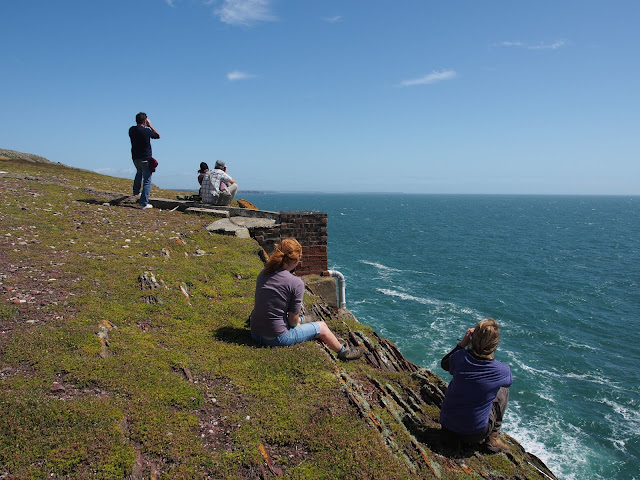 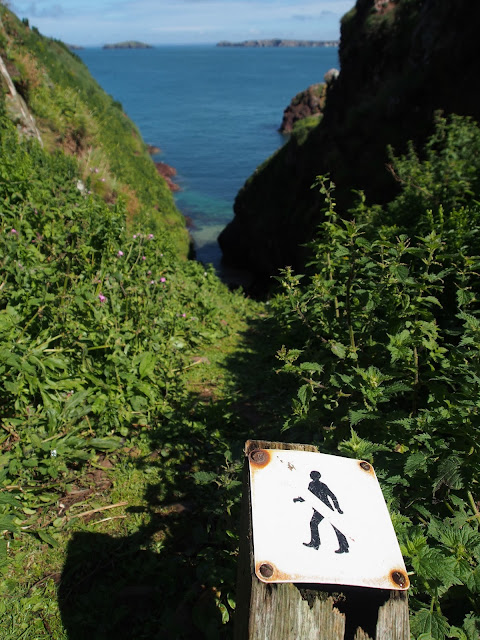 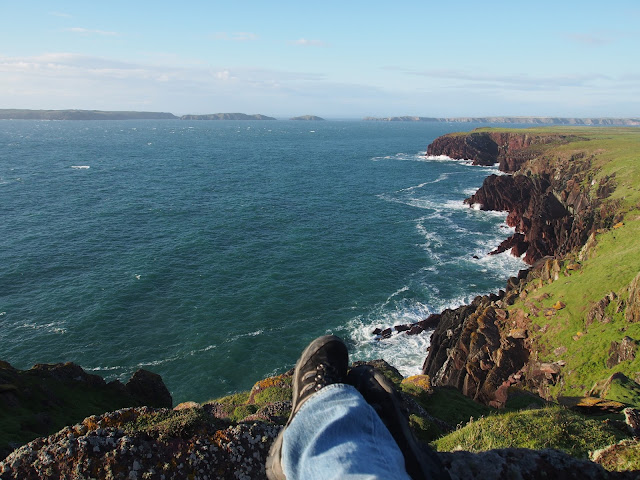 Looking out towards Pembrokeshire - Skomer on the left, Marloes on the right and my feet in the middle 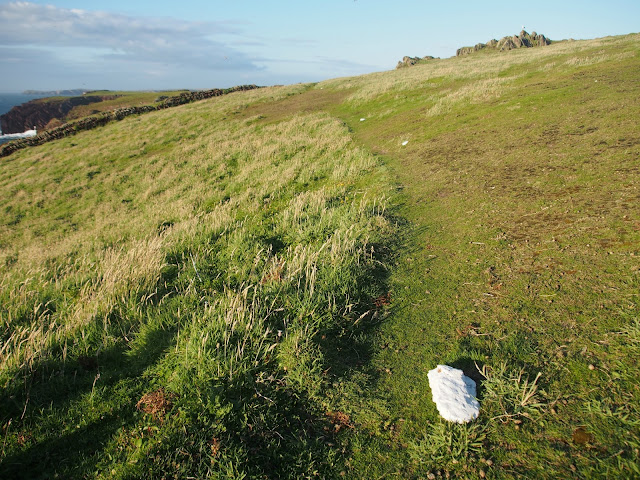 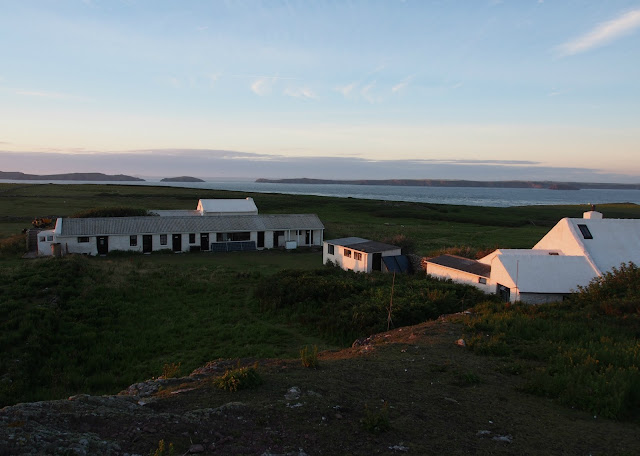 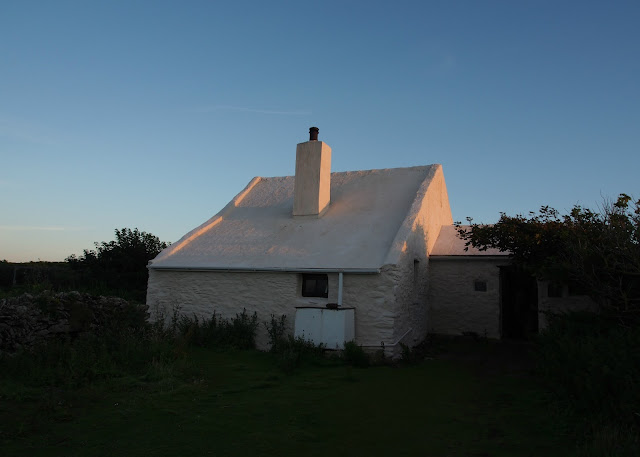 The farm complex at sunset

Lovely pics. I want to go back already.