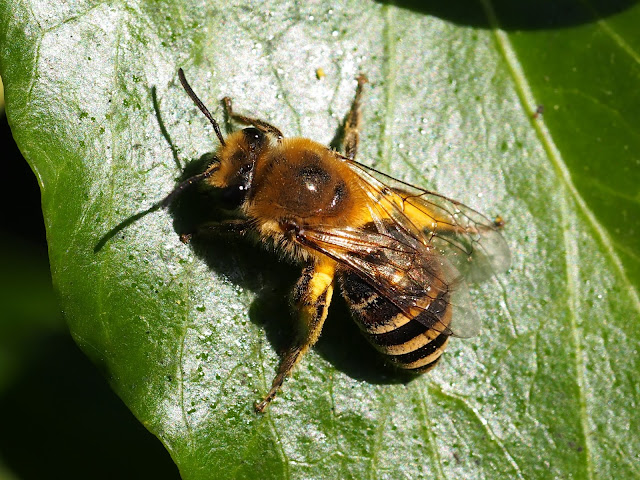 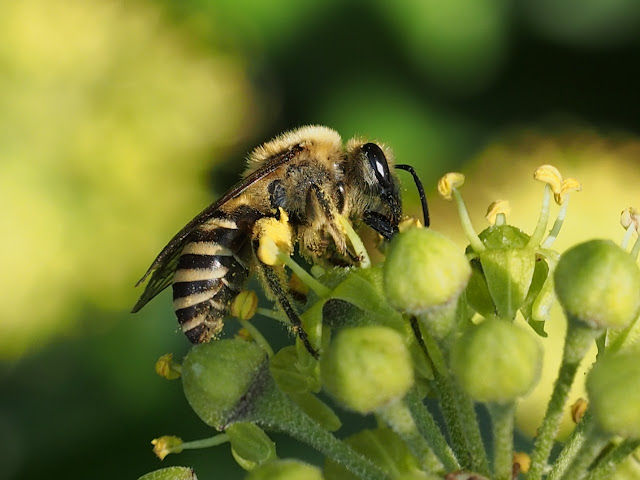 These autumn-flying pollinators have been utilising every sunny moment to feed on the ivy flowers at the bottom of our garden in recent weeks. Colonies materialise in early September so as to coincide with the flowering season of their favourite plant, and they'll remain on the wing into November. A decade ago the Ivy Bee was a rare sight in the UK - having only been described as a species in 1993 - but nowadays they have become so plentiful that it's hard to find flowering ivy that isn't brimming with these frantic little workers.

Well and truly the last taste of summer - it only gets colder from here.
Email ThisBlogThis!Share to TwitterShare to FacebookShare to Pinterest