Far from Grim(ley) on the Patch 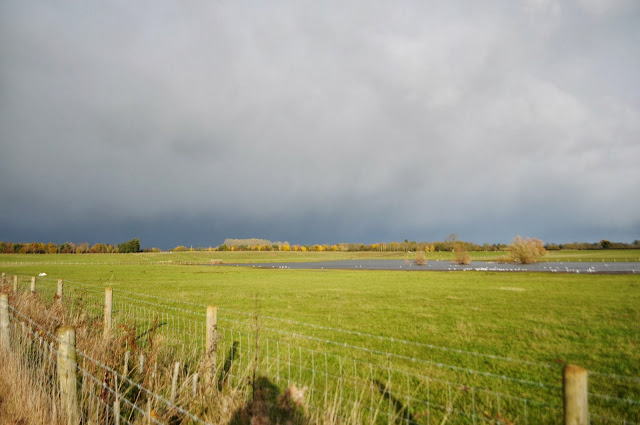 I'm embarrassed to say its taken nothing less than a reported Siberian Chiffchaff to get me out onto the patch recent, with university antics now in full swing. This past week alone has been taken up completely with volunteering at various Worcestershire reserves- part of our final assessment for the module. Sounds like a sweet way to be assessed, doesn't it? It gets better though- another module is assessed entirely on our ability to keep a notebook! ... Of course, there is inevitable chemistry module, but I drink that one away in the Student Union every evening, so its alright.

Reports back on Monday of a probable Siberian Chiffchaff had me on tip-toes ready to bolt it down to Grimley Camp Lane Pits, but being completely booked up this whole week, I could only manage a fleeting visit yesterday afternoon. Not surprisingly, it wasn't enough time to find a Chiffchaff of any sort, but the sun was out, the wildfowl were back, and any thoughts of small, tricky Phylloscopus warblers were soon forgotten. Two female Goldeneye feeding out in the middle of the lake were a nice surprise, as was a Green Sandpiper feeding along the shore. There was a large, potentially juicy (I didn't have time to scrutinise it) gull flock present, occasionally disturbed by the passing of a Raven overhead- I don't think I'll ever be able to get over the sheer awesomeness of Ravens, even if I have seen them on a weekly basis since arriving. Fantastic things.

Grimley seems to be having a bit of a problem with mysterious dead Mute Swans in recent months, but conveniently enough, this female was alive enough for a blue darvic colour-ring to be visible on the right leg. Having worked through the summer with colour-ringed seabirds on Fair Isle, the amount of data that can be turned out from reading a metal ring is phenominal. Whilst Mute Swans may not wander to the same extent as a Leach's Storm Petrel, its still great to be able to uncover the events that lead to a bird finding its way to your local patch.


On a final note, I'm afraid any kind of 'proper' bird photography seems to have gone out the window for me recently. I'm not sure whether its a lack of time; a realised ability that birds can be appreciated without the need to lug a camera around, desperately searching for a 'killer' shot; or whether its in response to the annoying amount of self-promotion I've noticed amongst the photographic community recently, particularly through on social media. That is a nice photo of a Puffin, but just how different is it from every other Puffin photo that you felt the need to tweet about it on three separate occasions?

Was I like that at one point? Probably. So I should just shut up.