Quick one from Dorset

Just thought I'd do a quick one with a few odds and ends from a glorious couple of days spent wandering the sandy beaches and chalky clifftops of the Purbeck area of Dorset. I'd initially planned to use the time as an excuse to do as much of nothing as possible, but the huge potential of the area for searching for wild beasts was too good an opportunity to miss, and I inevitably ended up wondered off the beaten track more times than I stayed on it.

Studland has always been high on my list of places to visit. Owned by the National Trust, the beach itself is extremely popular with tourists at this time of year, but walk a few metres back from the sea and you find yourself completely at one with rich coastal heathland... 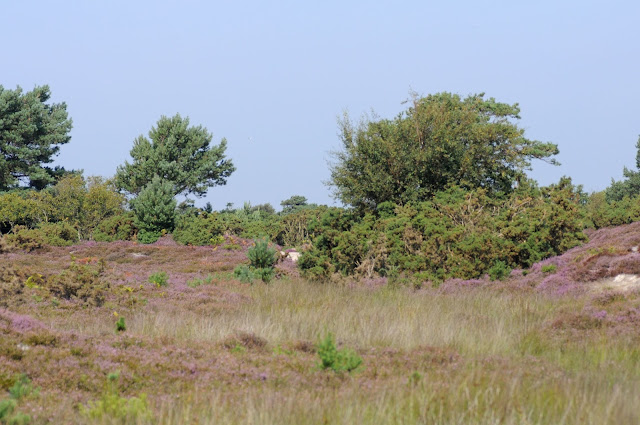 Ruddy Darters, Black Darters and Migrant Hawkers were patrolling the marshy areas for smaller insects, no doubt taking advantage of swarms of late-season hoverflies that were nectaring on the flowering heather. Frustratingly fleeting glimpses of a few elusive Sand Lizards were had, but the highlight had to be watching a Clouded Yellow come in off the sea... full frontal butterfly migration before the eyes. Mind blown. 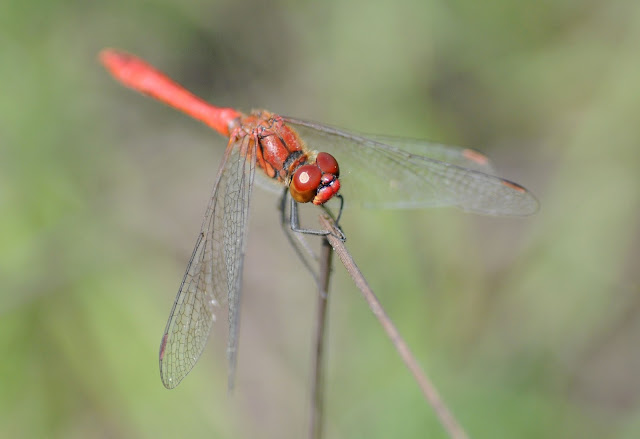 Note how the final segments widen to give the abdomen of this Ruddy Darter a distinctively clubbed appearance... 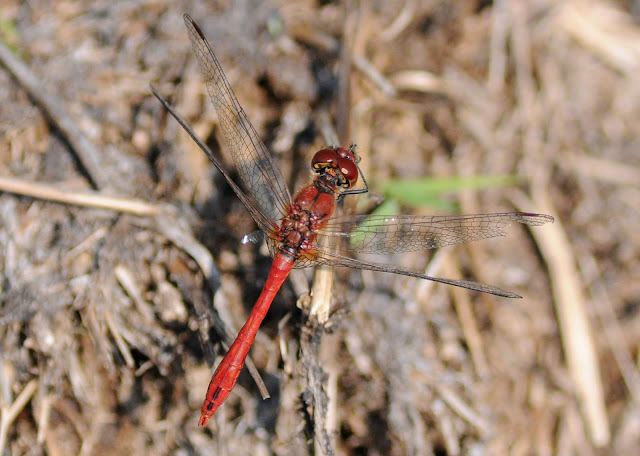 Black Darter; nice to catch up with this late-season specialist after missing it at Esher Common the other week... 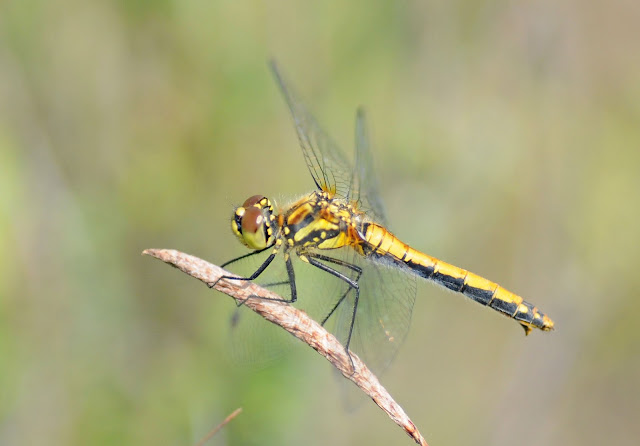 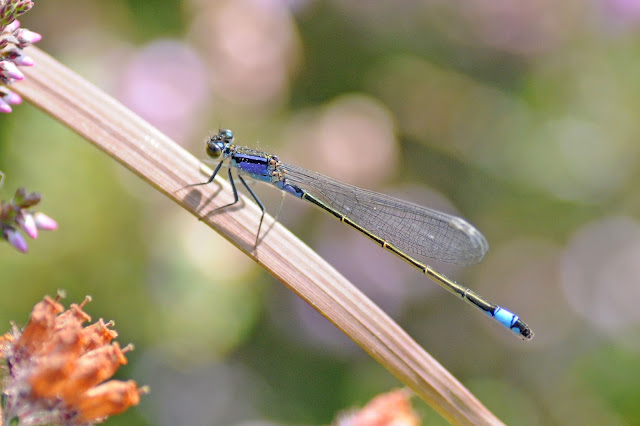 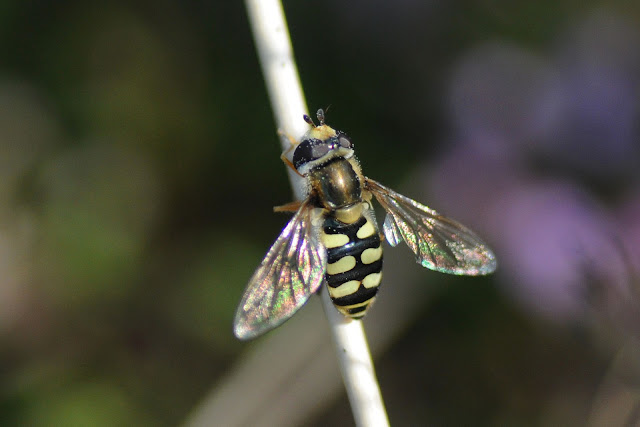 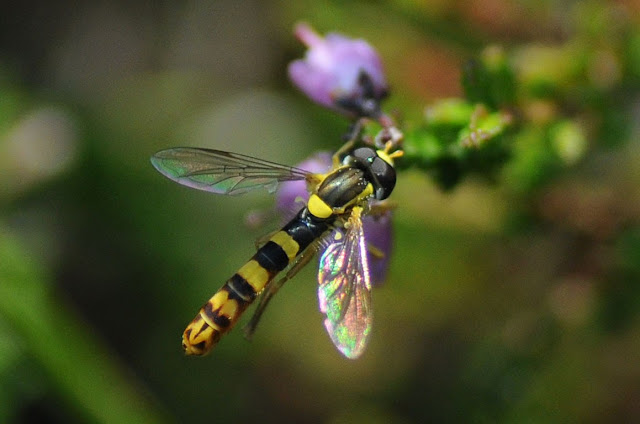 Troublesome hoverfly of some kind... 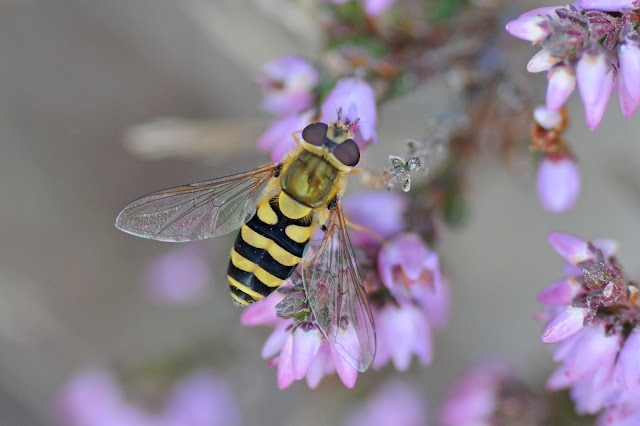 Mottled Grasshopper, belated identified from photos only after I'd spent hours convincing myself that it was the much rarer Heath Grasshopper. Doh. 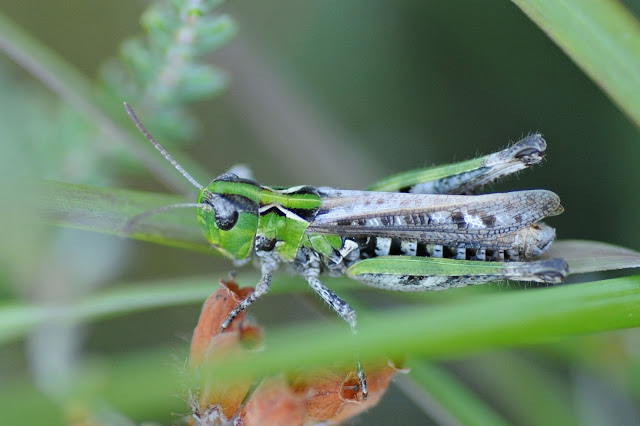 In other news, I can't believe it's September already. How time flies when your having fun, eh? Two weeks from now and I'll no doubt be doubled over a toilet somewhere in Worcester, flushing down the alcoholic memories from the first night of being a fresher. Of course, this also means that I've only got two weeks left in the magical land of Surrey- minus the Tories, the private roads and the families who feel the need for five separate cars in their drive, I'm going to miss this place.

Now to start eyeing up a sparkly new local patch along the Welsh border. Any suggestions?
Email ThisBlogThis!Share to TwitterShare to FacebookShare to Pinterest