It's good to see that the Blue tits nesting in next doors nestbox have fledged 4 healthy looking little balls of fluff. I put out a big block of fat for them and they seem to be attracted to it like magnets. At this age, the fledglings need to eat as much as they can, and ironically, they benefit from eating the fast food junk that would give our heart a run for it's money!
Like all new generations with sense, we like to give ourselves as little work to do as possible by making mum and dad do everything.
This is no different in the world of the Blue tit, and the adults were constantly bringing fat to the young, who were using up as little energy as possible through movement by perching, thus increasing the amount of biomass that could be converted into growth... If you didn't get a word I just said, don't worry- it seems that revising for GCSE Biology has left it's mark!
The fattest Blue tit I think I've ever seen...

I'm beginning to get afraid that it might have eaten it's younger, weaker siblings... 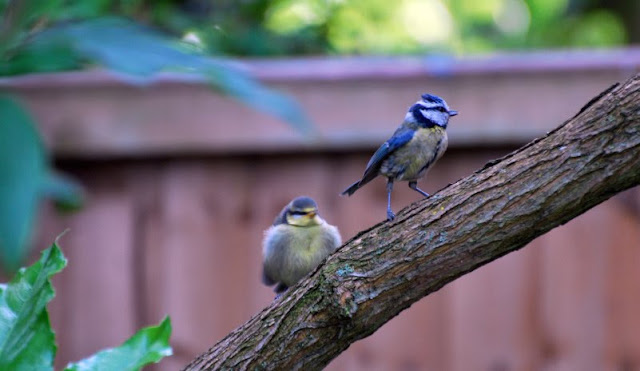 All this taking care of the young, both in and out of the nestbox, really takes its toll on the adults plumage condition... and during late summer and early autumn, both adults and young birds will undergo a moult in which they shed their worn breeding feathers, and change it instead for something a little less glamourous (in the case of the males) and a bit more clean.
I bet our Blue tits can't wait until the breeding seasons over looking at the state of one of the adults plumage last week! 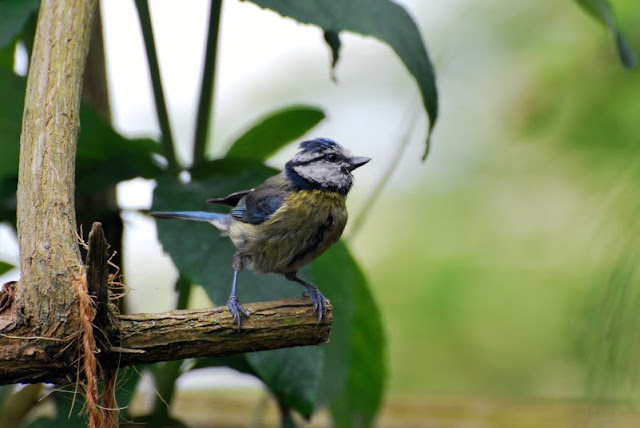 However, it's not just the Blue tits that are bringing their young to the garden feeders. A family of Coal tits nested somewhere in the neighbourhood, and have also become frequent visitors to the seeds and fat that I put out.
Juveline Coal tit... 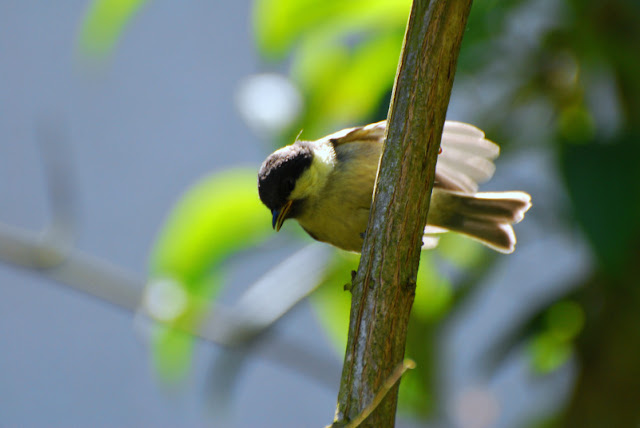 Due to being lower down the pecking order than Blue tits, the Coal tits had to patiently wait their turn, which could be quite a long time thanks to the fat fledgling (3 photos up) demanding seemingly endless amounts of food.
It seemed like there was only one adult Coal tit feeding the young... 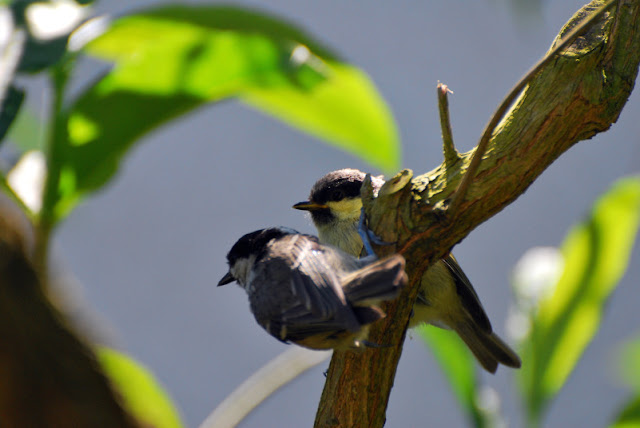 However, the fledglings are quick learners and soon got the hang of... well... hanging on. 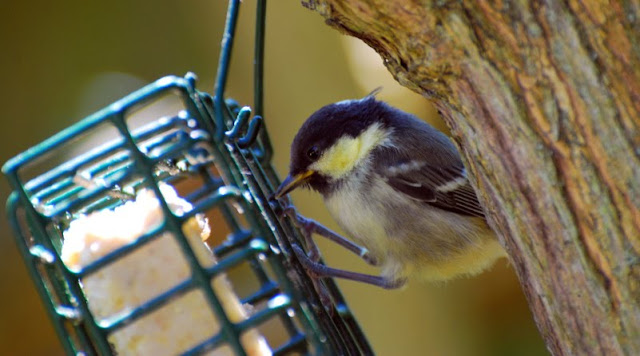 Another welcome surprise of this breeding season is a fantastic male Great-Spotted Woodpecker (identifiable from the female by the presence of a red patch on the back of the head) that has been visiting the garden over the last week and flying off with food to an unknown location somewhere across the road, presumably to feed it's young.
I attempted to get a close shot of the bird by setting myself up close to the feeders using the same method as in this post. As usual it failed, and being the secretive birds Woodpeckers are, flew off the second it landed- sensed a new object in the garden that wasn't there before.
I guess you'll just have to make do with this long shot... 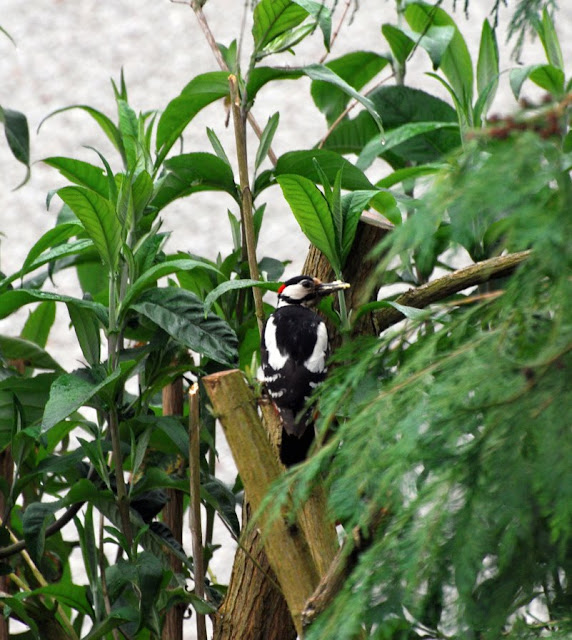 Right now back to revising for Maths GCSE tomorrow. Algebraic quadratic simultaneous equations, reciprocals, vectors?!... I've got no chance.
Wish me luck!
Email ThisBlogThis!Share to TwitterShare to FacebookShare to Pinterest

Bill, I wish you all the luck in the world and for every reason at all times. I have to say that the common blue tit [as portrayed in this posting] with your eloquent explanations, appears to be some kind of a bully manifest in establishing a pecking order [to the detriment of other birds] of which I was not familiar. If your "flare" for mathematics, biology, and any other 'ologies is as good as your language descriptive skills, then, hey-ho, a bright student with a bright future. Gramps