Goosander is a good record for Surrey, so after hearing about Tricia's great find of 5 Goosander at Painshill Park in Cobham (just down the road) I decided to try my luck and see if I could find, and photograph, the 4 males and 1 female that were found the other day.

On entry, I scanned the trees for Lesser Redpoll, and although there were Goldfinch and Siskin about, there didn't seem to be any Redpoll. There were plenty of very photogenic Robins about, as well as a few Nuthatch (not so photogenic)
After a while, I found the Goosanders, but they were very shy and timid, and would fly to the other side of the lake as soon as I got close. After about half an hour of crouching patiently with the tripod, they finally plucked up the courage to make their way back to my side of the lake, although they still stayed far out in the middle, allowing me to get a group shot of the stars.

Two males fighting over a female 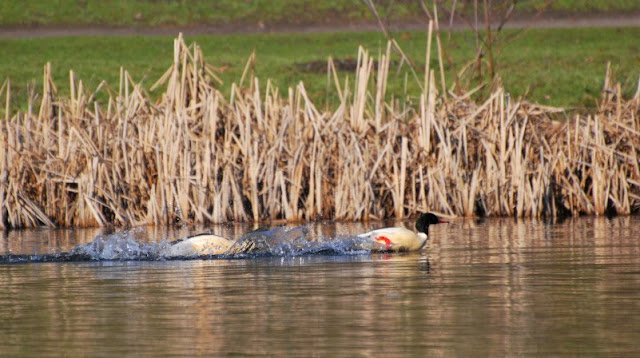 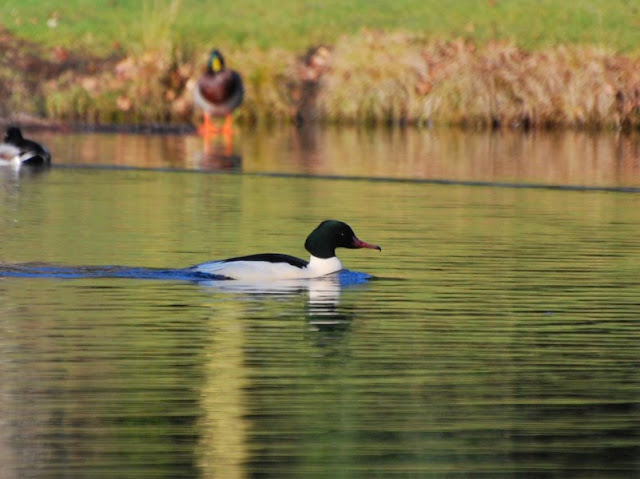 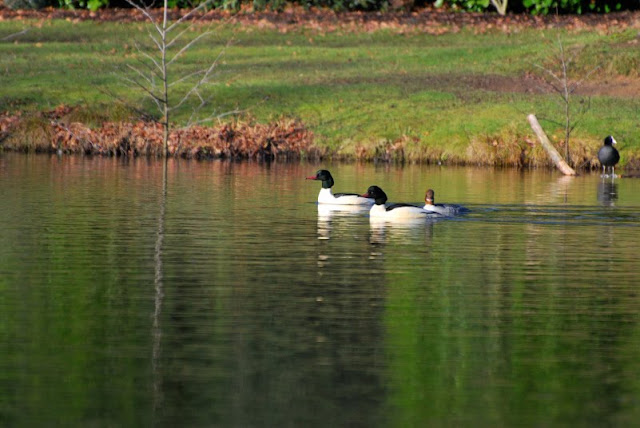 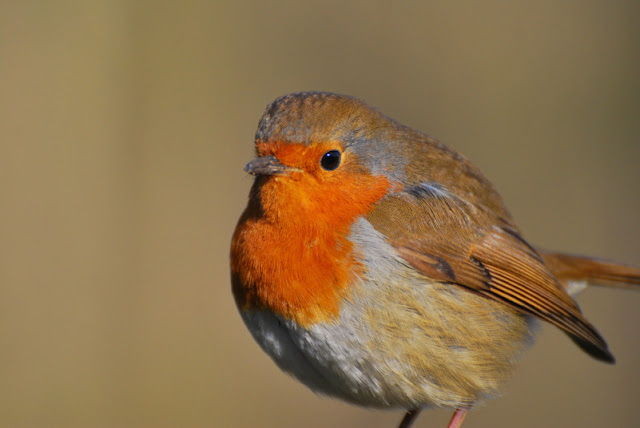 A very acrobatic Nuthatch high in a tree 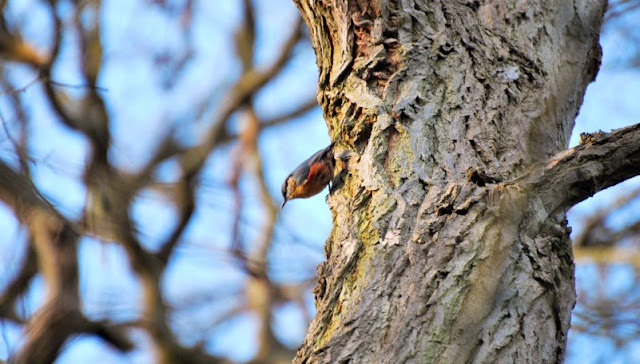 All in all, a successful afternoon, with five brilliant Goosanders twitched and some okay photos to prove it. I think I'll do the Big Garden Birdwatch tommorow.
Email ThisBlogThis!Share to TwitterShare to FacebookShare to Pinterest

Those Goosanders are exciting creatures to see, and if you get more than 10, yippee!

Hi Bill well done on seeing the Goosanders and good photos to , i still need them for my year list , all the best rob

"All in all, a successful afternoon"......I should say so. Stunning and beautiful pictures. As good as I have ever seen published by the top professionals. Well done. Spring not too far away opening lots of wonderful opportunities for guys like you. Keep 'em coming. Now up to date on your postings. GRAMPS.

Thanks for your kind comments on my blog. You didn't do too badly yourself. You managed to get the whole group in one shot. They're nicely framed too.

Yes, that was me you spoke to near the bridge. I also heard of the goosanders from Tricia. Small world.

I'm also in Surrey so may see you around.

Keep looking Rob, I'm sure you'll find 'em soom!
Thanks for replying Phil, see you around.
And thanks Grandpa and Bob, my regulars!