One of my favourite wildlife sites in Surrey, Bushy Park holds a large population of Red deer and Fallow deer. It is also home to all three species of Woodpeckers. I mainly come here to take photos of the Red Deer and the wildfowl, which is why I came today.
It is Red deer rutting season and out in the park, the males are claiming their girls, the biggest and loudest deer attract the most females, like this big fellow in the video below.

These big males will fight and scare off any competition, the outcast deer will then have to go to another area of the park to try for some ladies another time. This deer (below) had obviously lost in a recent battle and was now asleep in the ferns away from the rest of the group, giving me great close views and photos of him. 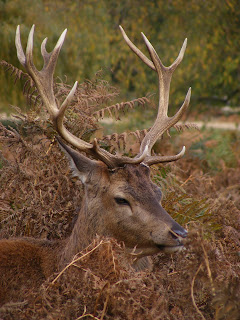 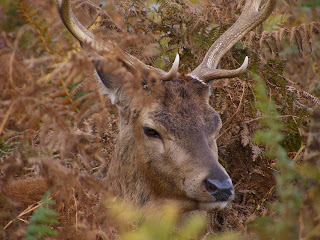 I also took a few shots of the local Egyptian Geese in the park and I have just noticed a small resident population of about 6 Red Crested Pochards on the main lake by the car park. Presumaby they are escapees or captive birds? 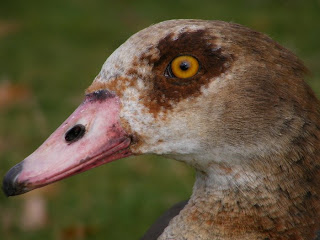 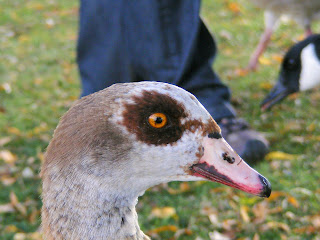 There were large amounts of seagulls by the main lake and I was trying to pick out a Black-backed gull or mabye something better. I found nothing and decided to photograph the local Black-headed gulls and wildfowl. 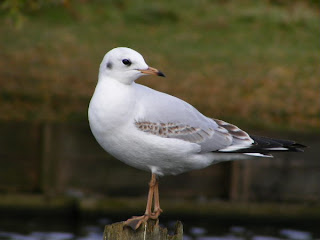 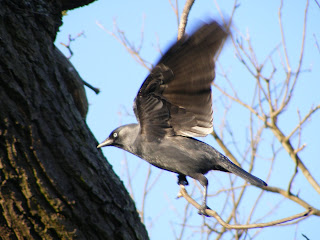 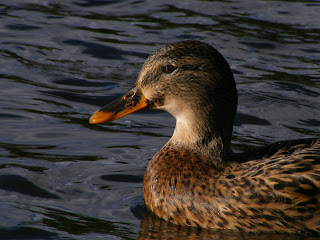 This unfortunate Mute Swan had a fishing line tied round its leg. Here, you can see the poor guy trying to pull it out. Luckily, the local park rangers were on hand to save the day, the only bad thing is...... stressed swan+human interference=very very very angry swan 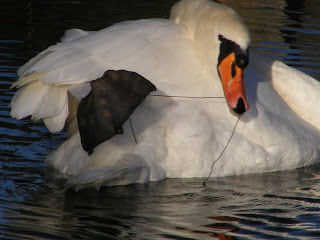