I did a spot of birding with David Campbell at his local sewage farm today to try and hunt down a Woodcock that had been seen by the RSPB there lately.
When we got to the farm, we met Kevin 'McManiac' McManus and almost immediatly got onto a Yellow Legged Gull (lifer) and a Peregrine.
Its in there somewhere...... 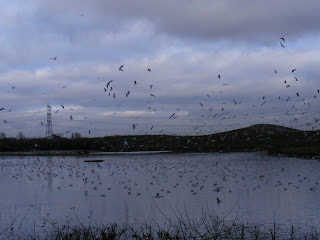 Then it was off to look for the woodcock but whilst we walked through the sewage, David pointed out a Green Sandpiper (lifer) and Kevin pointed out a Little Egret perched on a tree in the distance. 2 singing Chiffchaff were present with a tit flock and I spotted a Snipe flying over us.
A little while later and we got to an open space of ground that looked perfect for a Woodcock to land in so we split up to try and flush the bird. After about 5 minutes David shouted that he had flushed it and we rushed to see the bird. We searched for another 20 minutes without luck and stopped to have some lunch (whilst being entertained by a Kestrel) 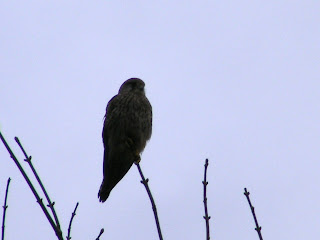 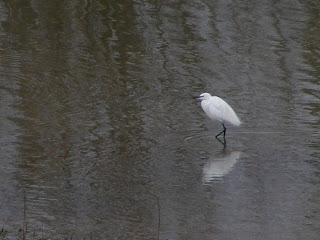