I have a membership for the London Wetland Centre but I haven't gone there as much as I would have liked these past few months, so despite the cold weather, we managed to fit in a trip at this very productive time.
Bittern and Jack Snipe had been reported from the centre for a couple of days now so I was hoping to catch up on these very elusive birds.
Sure enough; in the first hide, I got great distant views of the Jack Snipe as it slept under the reeds but my photos are very bad (but you can still see some of the beautiful markings on its plumage). 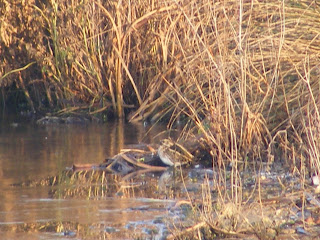 Here is the Jack Snipes big brother; the Common Snipe... 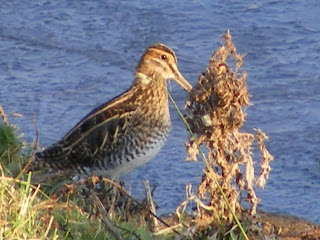 Then it was on to the reedbeds by Wildside to look for a Bittern (or get someone else to do it). When I got there, there was already a crowd of birders watching a reed in the distance. After ten minutes, I located the bird and tryed to take a shot of it.
Here are the results... 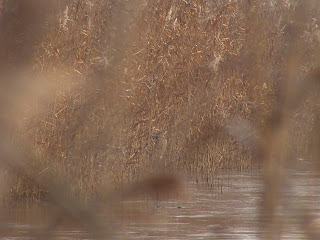 What do you mean you can't see it?! Ok, heres a closer shot 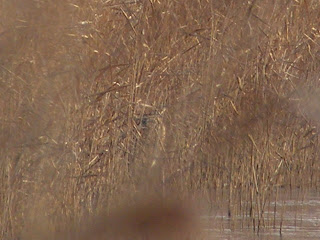 I was walking past a frozen pond when out the corner of my eye I noticed a Moorhen type bird run for cover (as it had seen me). I realised immediatly that it was a Water Rail. I found some cover and after a short while, the bird appeared from the reeds and showed amazingly for about 3 minutes. As I was the only person there, I think I can take the glory for myself :). Thats a lifer for me and probably the last lifer of the year :(. 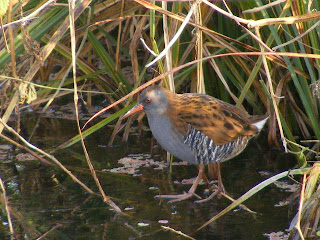 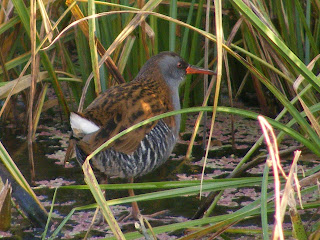 Like its cousins- the Moorhen, it has very long toes to help it cling to what solid surfaces there are. These long toes also allow the rail to spread its body weight over a wide area to prevent it from sinking into mud etc. 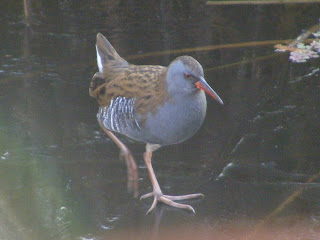 And here is the Moorhen, a very abundant bird at the Centre 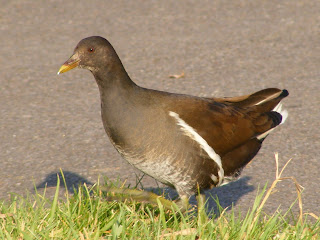 The Wetlands Centre is not called the Wildfowl and Wetlands Trust for nothing, there were huge numbers of wildfowl including Gadwall, Pochard, Shoveler, Teal and Grebes.
How many species can you spot in this photo? 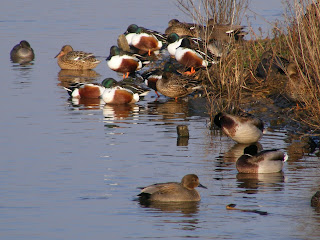 A male Gadwall stretching his wings.... 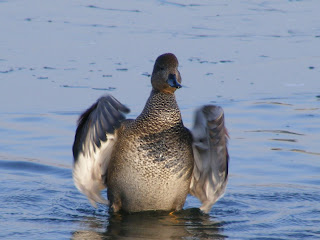 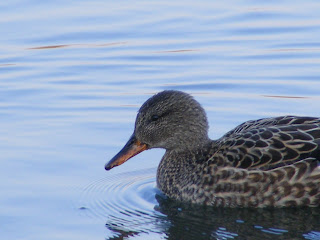 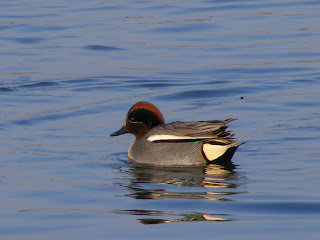 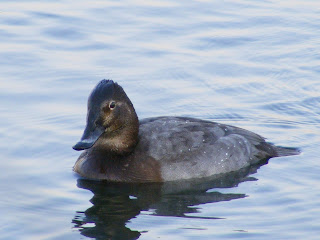 Probably one of the smallest water birds in Britain, the Little Grebe... 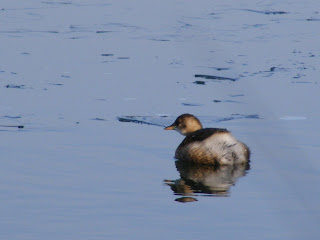 This young female Stonechat was present on the grazing marsh... 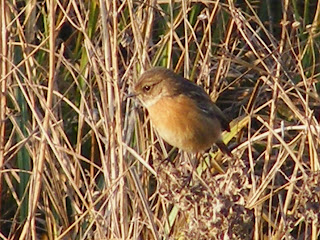 As I walked back, a couple of photographers were taking shots of this very tame Blackbird as it foraged through the leaf litter. 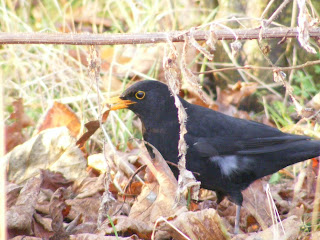 What a great way to end 2008!
Email ThisBlogThis!Share to TwitterShare to FacebookShare to Pinterest