This week in moths 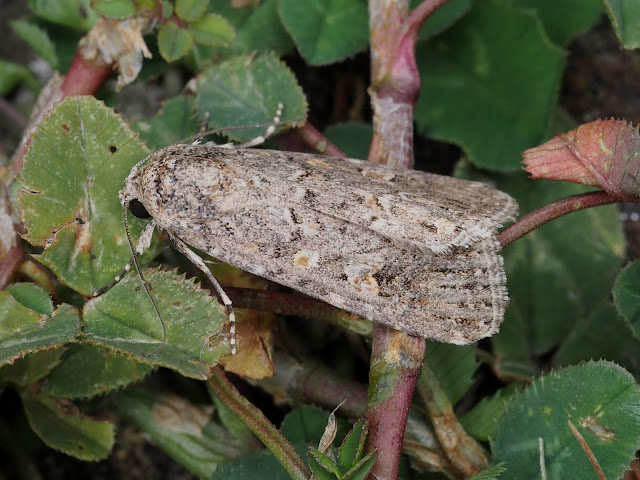 My tendency to escape to far-away, isolated islands every summer means that I rarely get to sample the delights of summer moth-trapping in the garden back at home. It's just dawned on me that I haven't actually trapped in the garden at this time of year since 2012, so inevitably the moth trap has been on at every possible opportunity this week and there have been some interesting finds to show for it.

The highlight so far has been a Small Mottled Willow which turned up on 3rd August along with several very fresh Bordered Straws, four Diamond-back Moths and two Rush Veneers. Yet more evidence of the unprecedented migration event that has taken place this year across the country, with far more immigrants reaching this far inland than would be expected in a normal year. 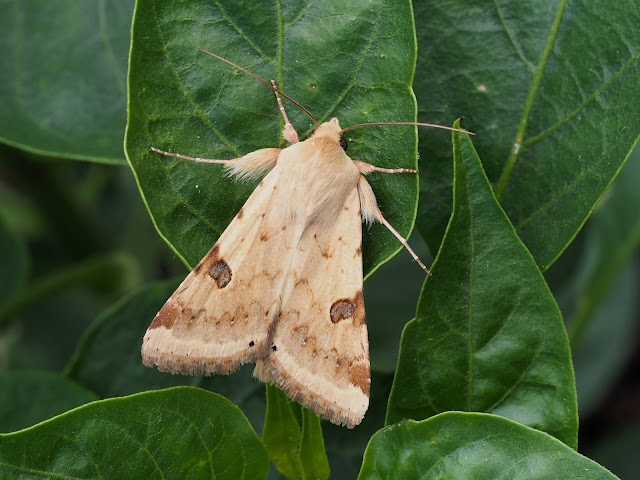 Whilst there's little doubting that the Small Mottled Willow is a 'primary' immigrant, the two Bordered Straws looked like they had just emerged, and chances are they probably had. Many of the female moths which reached our shores back in May and early June, having mated across the water in southern Europe, would have been heavily laden with eggs ready to lay once they reached our shores. I've read that their offspring are noticeably darker, and that certainly looks to be the case with this one...


The resident species have also put on a good show, with Double Lobed, Mouse Moth and Pammene aurita all being added to the garden list. Jersey Tiger and a nice form of Tree-lichen Beauty added some colour to the trap, whilst numbers of the infamous Gypsy Moth and Oak Processionary - both known for their caterpillar's destructive habits towards deciduous trees - are starting to peak.