Back from the Hebrides

Almost two months later, and I'm back from the Hebrides! I arrived back last Tuesday, and have spent the majority of time between then and now quietly slagging off weather forecasters under my breath for their use of the word 'moderate' to describe wind speeds that wouldn't bother a leaf up north, and shaking my head at the continued presence of Waitrose. Basically I've come back thinking I'm a northerner.

A large part of my time in the Hebrides was spent working on an organic croft on the west coast of Mull; reached via a spectacular train journey through western Scotland, a ferry to Craignure from Oban and then an hour's bus ride through Mull - passing alongside remote upland forests, lochs, mountains and cascading waterfalls until the road came to an end at the small fishing village of Fionnphort. From there it was another 3 mile drive to Kintra, where the croft - worked and maintained for the past 40 years by the extremely resourceful and experienced married team that is Rosie & Nigel Burgess - nestles into a small remote valley, well sheltered from harsh northerly winds and providing ideal growing conditions for such a small-scale farm. 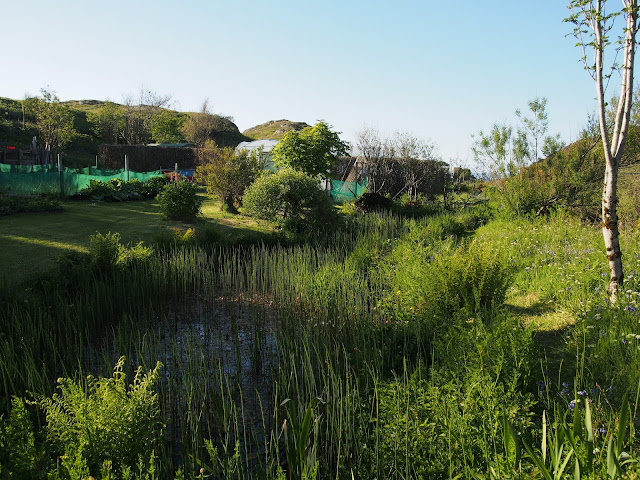 From the moment I stepped into the garden it was clear that I was going to be in heaven for the duration of the month. Four main polytunnels make up the bulk of growing space, along with various vegetable beds and fruit trees. The rest of the garden is left to grow as it pleases, with a healthy wildlife pond at one end and a small area of birch/hazel woodland nearby. Spring arrives later than in the south, and by early June  the bluebells were in full swing along with swathes of Pignut & Bird's-foot Trefoil. As well as bursting with colour, the farm was also absolutely teeming with wildlife - beetles, bees, moths, butterflies, newts, frogs & birds everywhere. The croft was like a little oasis in an otherwise windswept, heather-dominated landscape, but a truly stunning landscape at that. 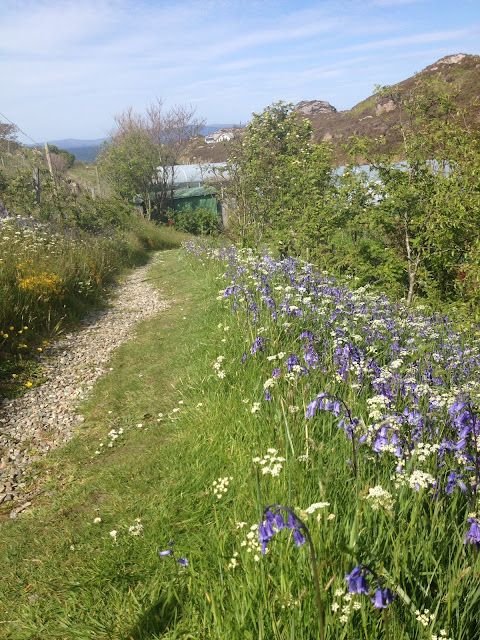 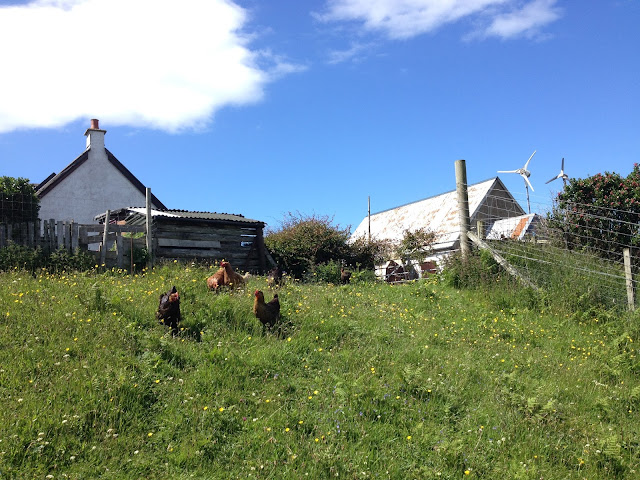 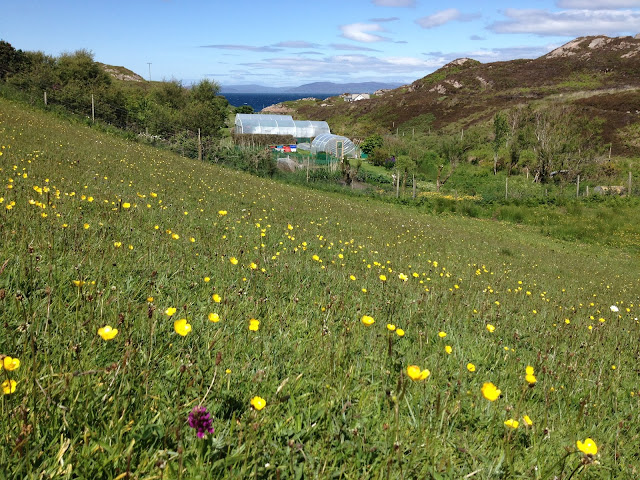 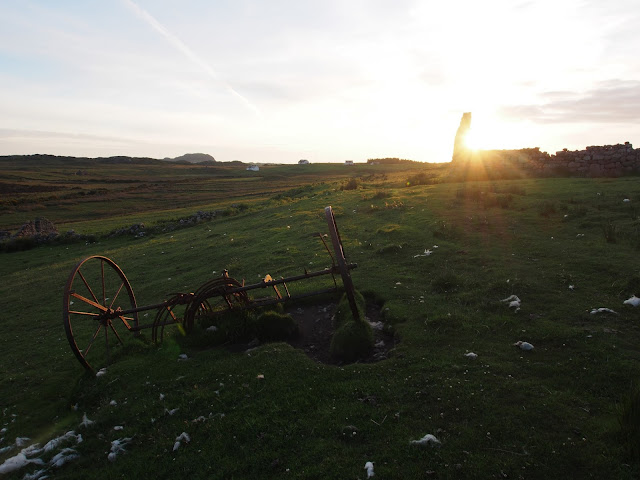 Home came in the form of a small converted barn attic which I shared with three fellow WWOOFers - two sisters from Iowa who were travelling across Europe, and a guy from Reading who'd come to escape his office job. Everyone was easy-going and jolly (invaluable traits to have in remote places - you meet a lot of different personalities on islands, and bossy/grumpy people don't make great housemates!), and we all hit it off immediately - working, cooking and eating together on a daily basis, all of which was done using local ingredients. The fact that there was also a baker living on the farm was an added bonus.

The various landscapes I encountered whilst exploring the island - and the wildlife to be found within them - were quite overwhelming. I'll no doubt dedicate several blog posts to the natural side of Mull, but just as important for me when island hopping is meeting new people and getting 'stuck in' to their respective island communities. Mull is absolutely massive, and each village gives off a different set of vibes. Many evenings after 'work' were spent in the local pub enjoying local music and getting to know the locals (it was all tactical - the more people you know the better chance you have to getting a lift on the road).

Living in remote island communities is a way of life that seems so normal when you're doing it, but becomes surprisingly hard to explain or fully understand when you look back on it. It makes you realise just how isolated most people are in cities. Out of everyone along our street, the only people I know are the next door neighbours, and even then only on 'hello' terms. I certainly wouldn't consider walking into their unlocked house on a Friday night with a bottle of whisky, whereas in the Hebrides I wouldn't think twice!

But enough of the thoughtful, reflective crap. Moths next.
Email ThisBlogThis!Share to TwitterShare to FacebookShare to Pinterest