It was another beautiful day, and once I'd finished sorting out a load of house-related paperwork at the local letting agency with some future housemates, I just couldn't resist an evening visit to the local patch in some warm evening sun.

As hoped for, the exposed mud at the northern end of Grimley Camp Lane Pits had finally attracted some waders, with 10 Lapwing, 3 Oystercatcher and a pair of Redshank all feeding together. A further scan of the north-eastern edge of the main Pit revealed an unusual surprise in the form of an apparent adult Ruddy Shelduck- nervous as anything and fully winged, I took a few distant record shots and carried on. Unfortunately, when I looked again a few minutes later it had done a runner, presumably spooked by a nearby dog walker. The species has a dodgy history in the UK, with the occurrence of genuine vagrants thoroughly clouded over by the presence of captive 'plastic' escapees. Whatever the origin of this smart bird, it was a pleasure to watch on the patch for all of two minutes... 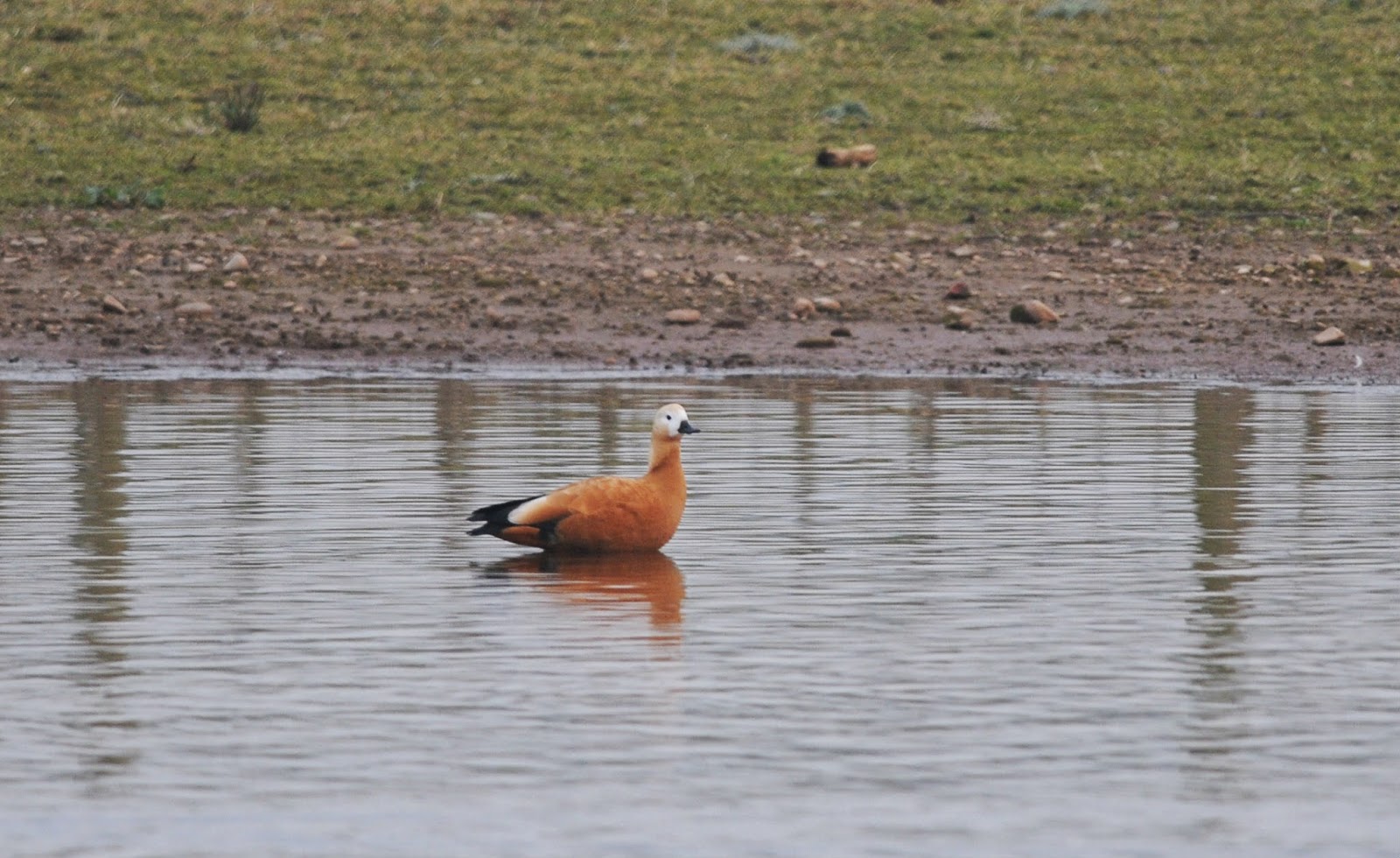 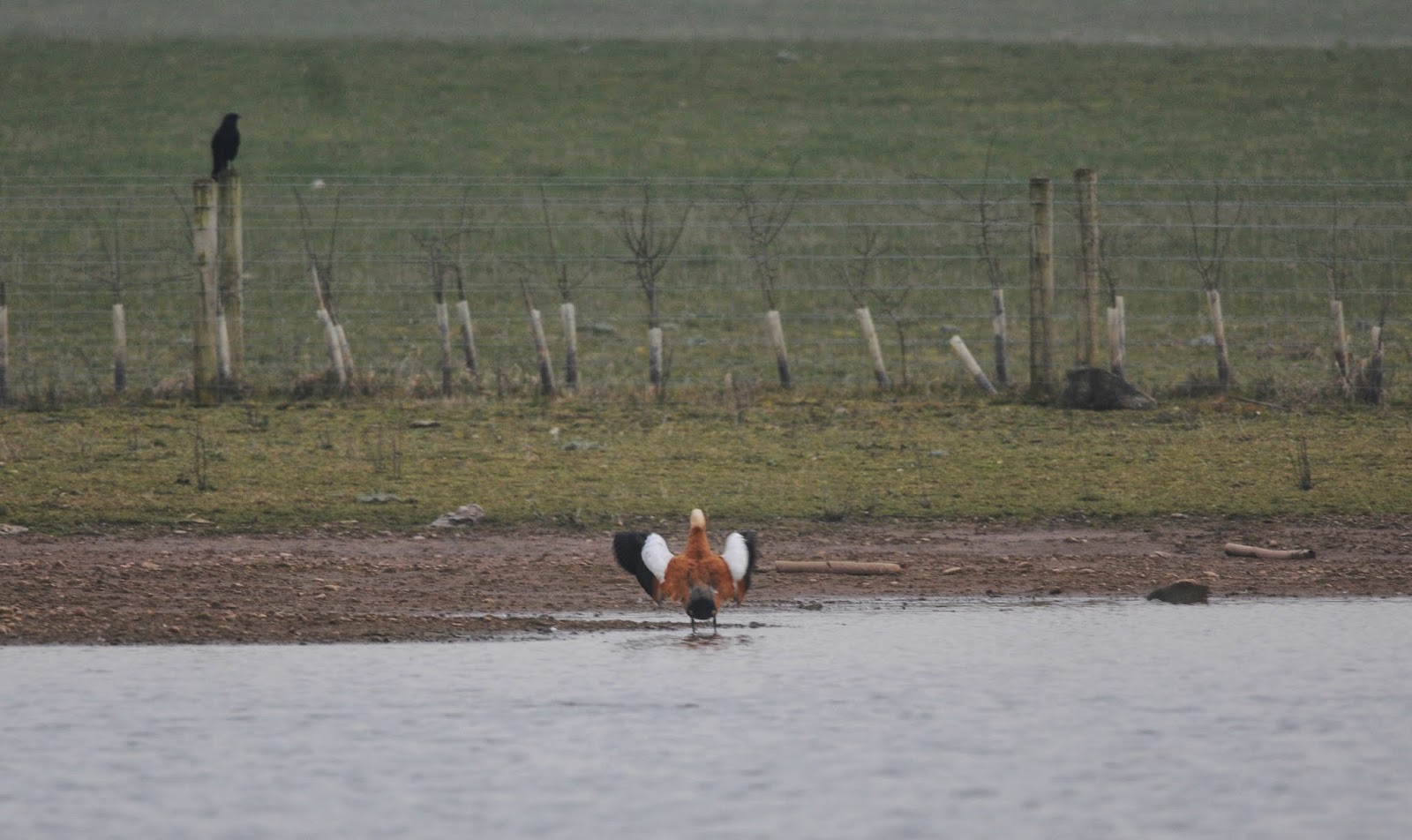 Before calling it a day, I headed over to a nearby area of woodland where a large patch of Scarlet Elf-cups have been growing. I've been appreciating these delicate little fungi for the past few weeks, but after reading up about their apparent edibility, my stomach told me to bite the bullet and pick a small handful for cooking. The problem is I can't cook, so instead gave them a good sautéing with some butter and chucked them over a slice of bread. The result was a genuine taste sensation; made even better with a sprinkle of pepper. 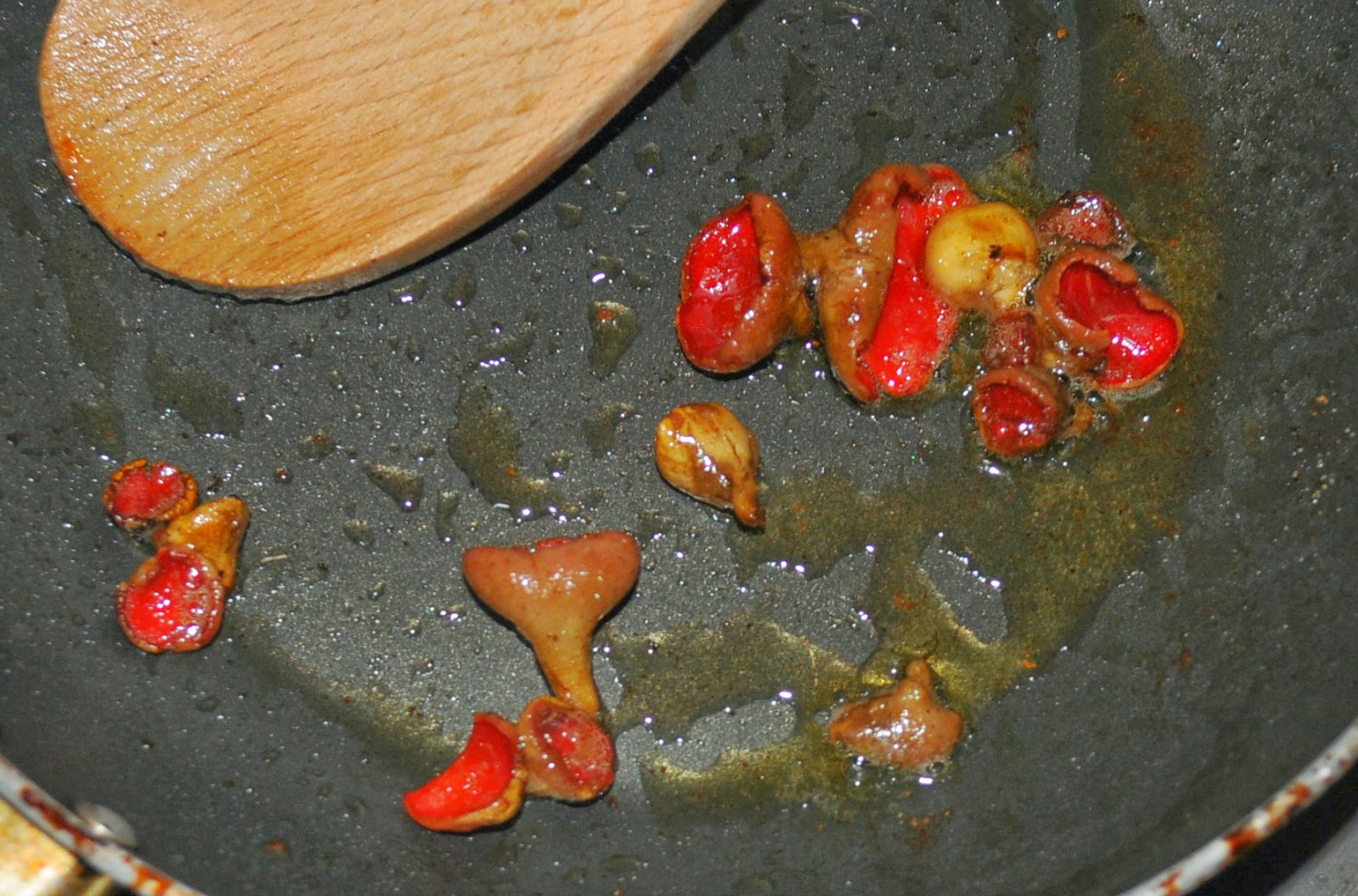 I love mushrooms and indeed all wild foods in general, but I'd never dream of over picking them. Take only as many as you realistically need (i.e a handful or so for something as simple as shrooms on toast), and make sure you know what you're eating... otherwise you could die... very painfully.
Email ThisBlogThis!Share to TwitterShare to FacebookShare to Pinterest