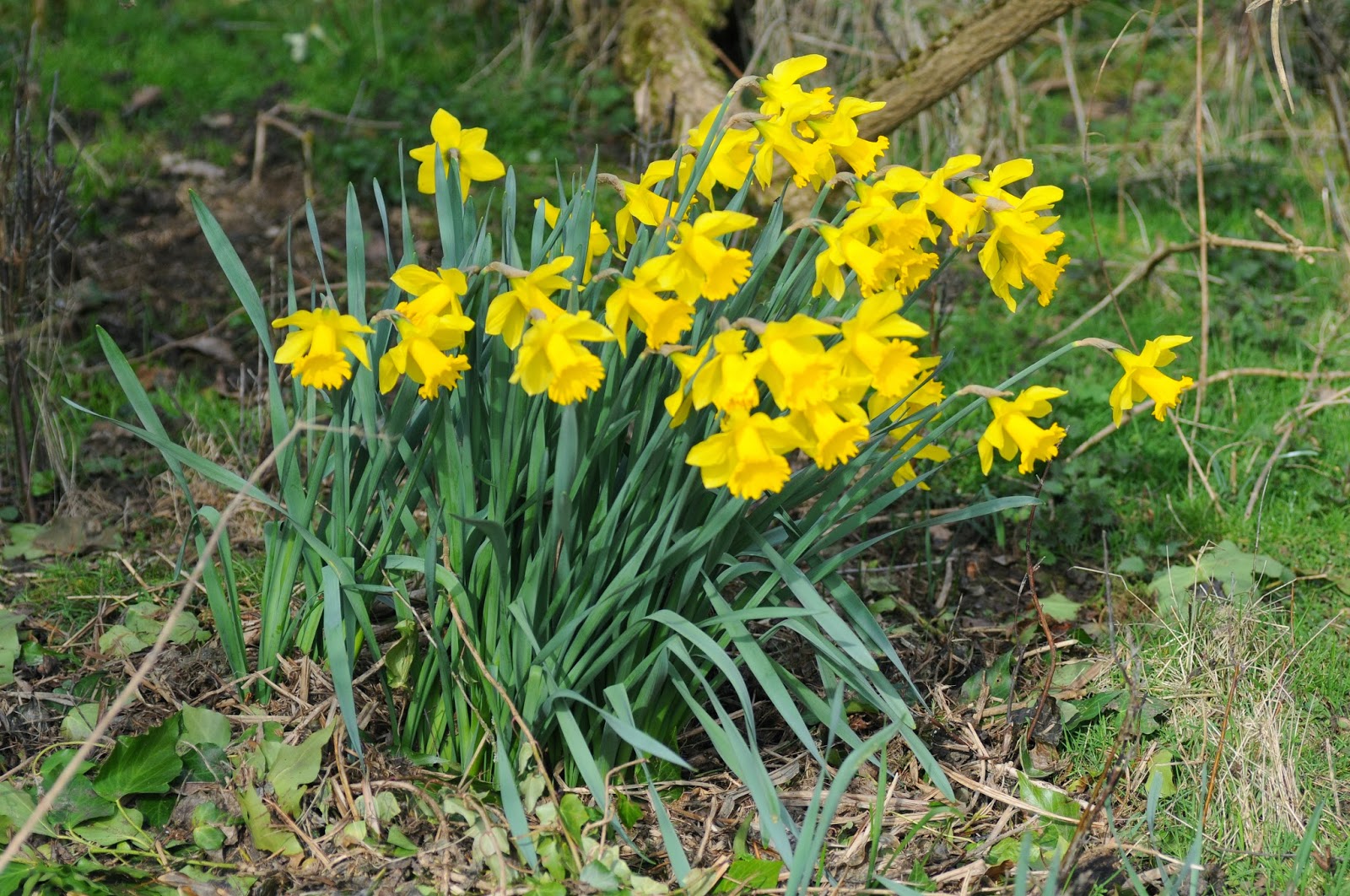 Whilst back 'darn sarf' for a few days, it would seem like madness to miss out on the LNHS monthly survey at Bookham Common during a fantastic spell of good weather.

I joined Seth Gibson outside Leatherhead station, and we carried on to Bookham to meet Stuart Cole and Duncan Sivell (Diptera curator at the Natural History Museum) for the survey. There was plenty of invertebrate activity to keep us busy in the glorious sunshine- early season hoverflies, butterflies and bees were all out in force. I had dozens of new species pointed out to me, from obscure parasitic lichens to a tiny bark beetle that has colonised Britain all the way from Australia. However, the most interesting invertebrate we recorded had to be this small fly, Norellia spinipes, which frequented a small patch of flowering Daffodils by the LNHS hut for much of the day.


Also known as Daffodil Fly, past records of N. spinipes have been very thin on the ground since the species' initial discovery in Britain around half a century ago. Indeed, Seth (who first spotted the fly) only came to know about its existence a few days ago, after stumbling across an old internet forum post requesting further records of the species. Jumping into action in a way that only a pan-species lister could, he shared the link on the PSL Facebook page, and within hours several members had already found the fly in various locations around the country. By the end of our session at Bookham, we clocked up these 'rare' flies on almost every patch of daffodils searched, and from the number of sightings that have been made in the past couple of days alone, it appears that Daffodil Fly may not be as much of a rarity as first assumed.

If you haven't done so already, get out into the sun and take a closer look at the Daffodils in your gardens- you'll probably find a lonely, neglected fly waiting to be acknowledged.
Email ThisBlogThis!Share to TwitterShare to FacebookShare to Pinterest

I now want to go looking for daffodil fly, let's hope there is some nice weather in the week.

Given you can find a good collection of Daffodils in some warm sunlight, you should have a good chance of seeing the fly. Let me know if you're successful! :)