After hearing that dedicated pan-species listers Seth Gibson and Bill Urwin were heading up past Worcester for the Yellow-rumped Warbler in County Durham, I jumped on the bandwagon and joined them for the long-distance twitch.

We met in Worcester at 3am, and arrived in the small village of Upper Shincliffe just before sunrise, joining the increasing crowd of scopes and binoculars waiting for the bird to show.  A Willow tit showed well in the hedgerow before the Yellow-rumped Warbler finally made its presence known; calling a few times and eventually skulking through the vegetation by the side of the road to feed on fat balls left out for it. Views were often obscured with the early morning sun glaring into our faces, but every now and then the bird would perch briefly in nearby trees, showing the colourful yellow rump and flank which characterise this rare American warbler.

The crowd was building, and the bird disappeared again into a nearby garden, so we headed off into the Pennines for some less rushed birding. Bill knew a few reliable sites for Black Grouse, and sure enough we were treated to gorgeous views of over fifty birds throughout the rest of the day. With the sun shining and snow settled on the distant mountains, the upland landscape looked absolutely breathtaking- one couldn't help but take a few snaps... 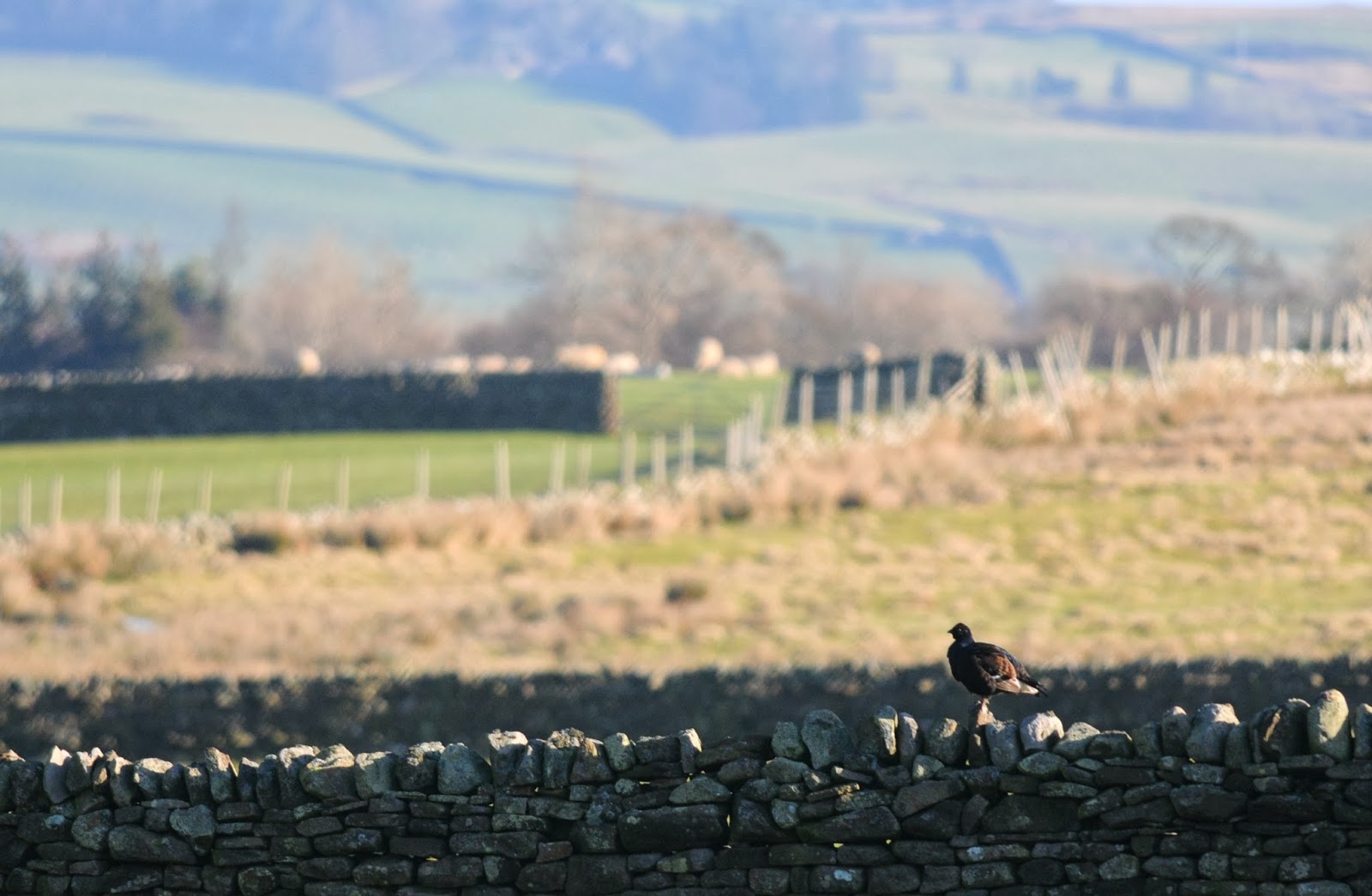 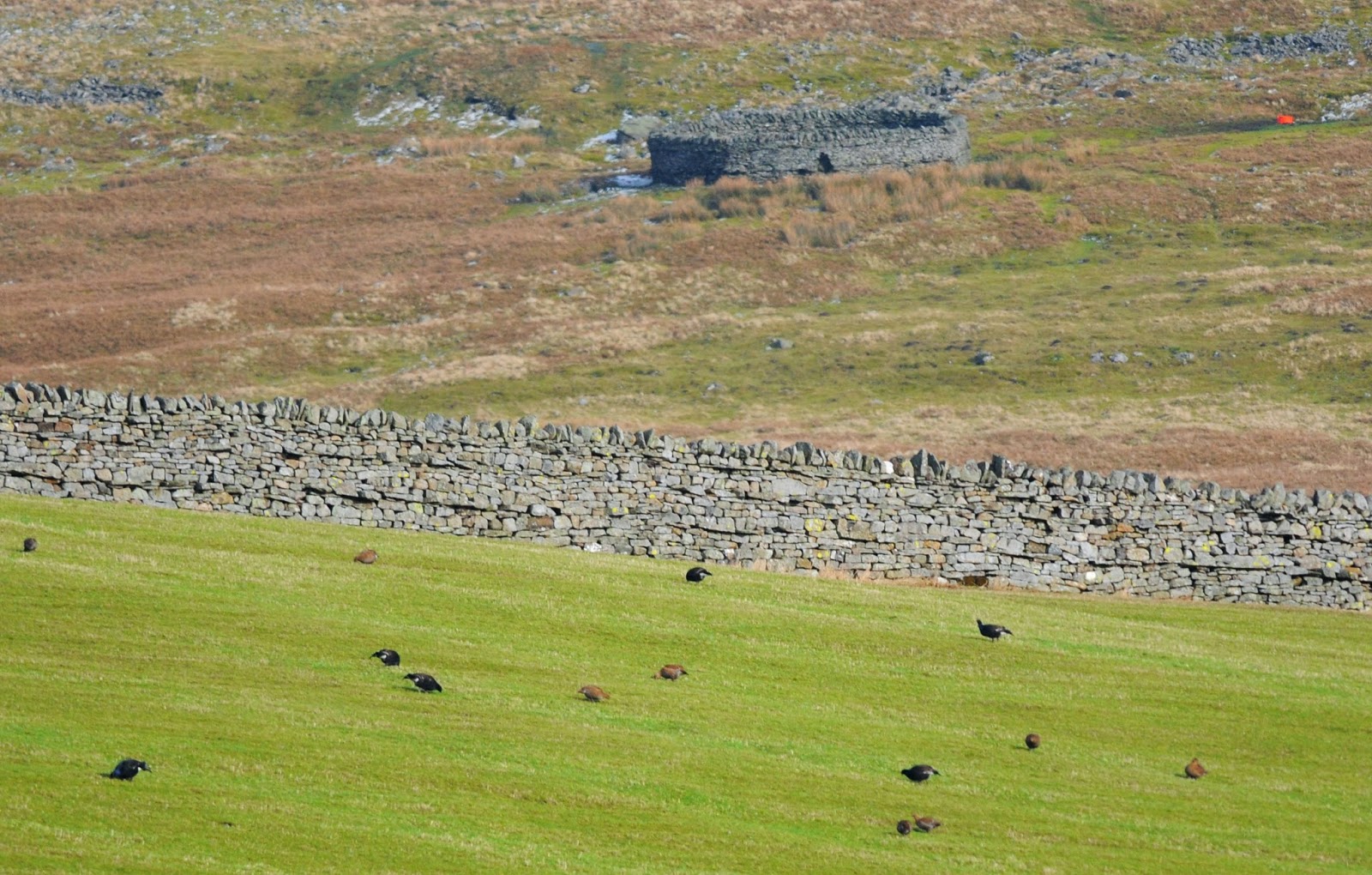 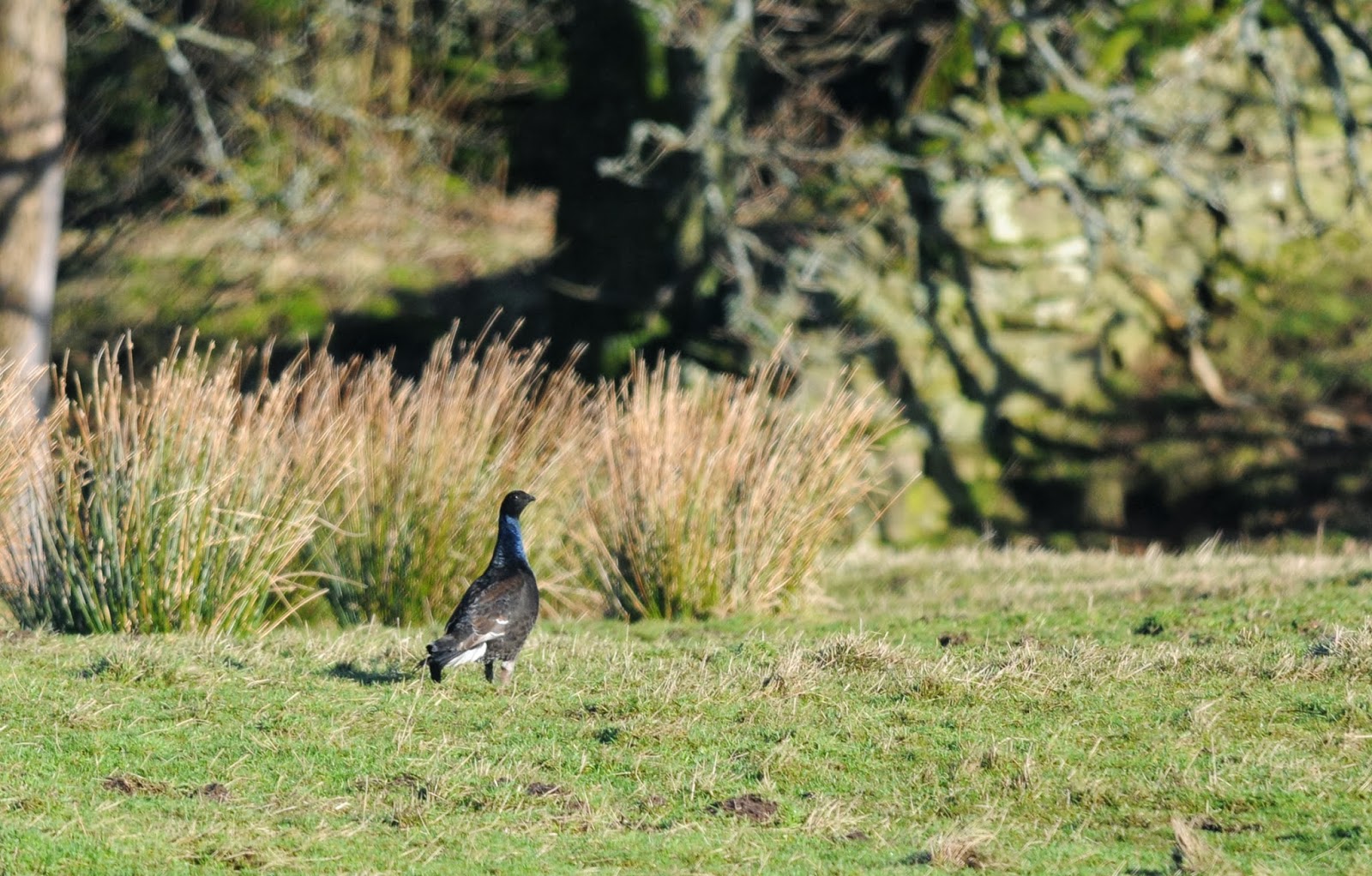 I haven't seen Grey Partridge for years, so to be able to watch three of the beauties feeding by the roadside was a real privilege... 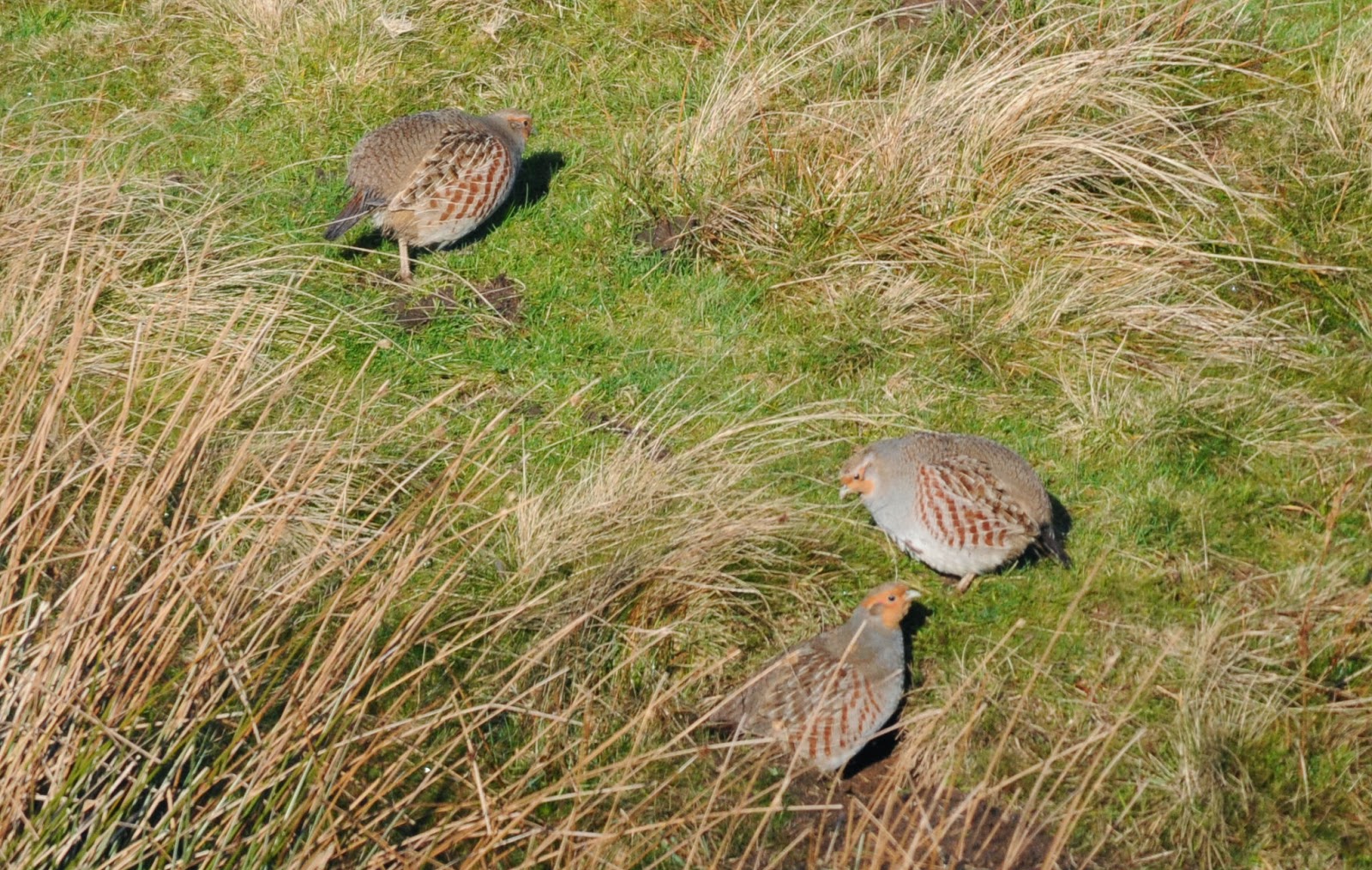 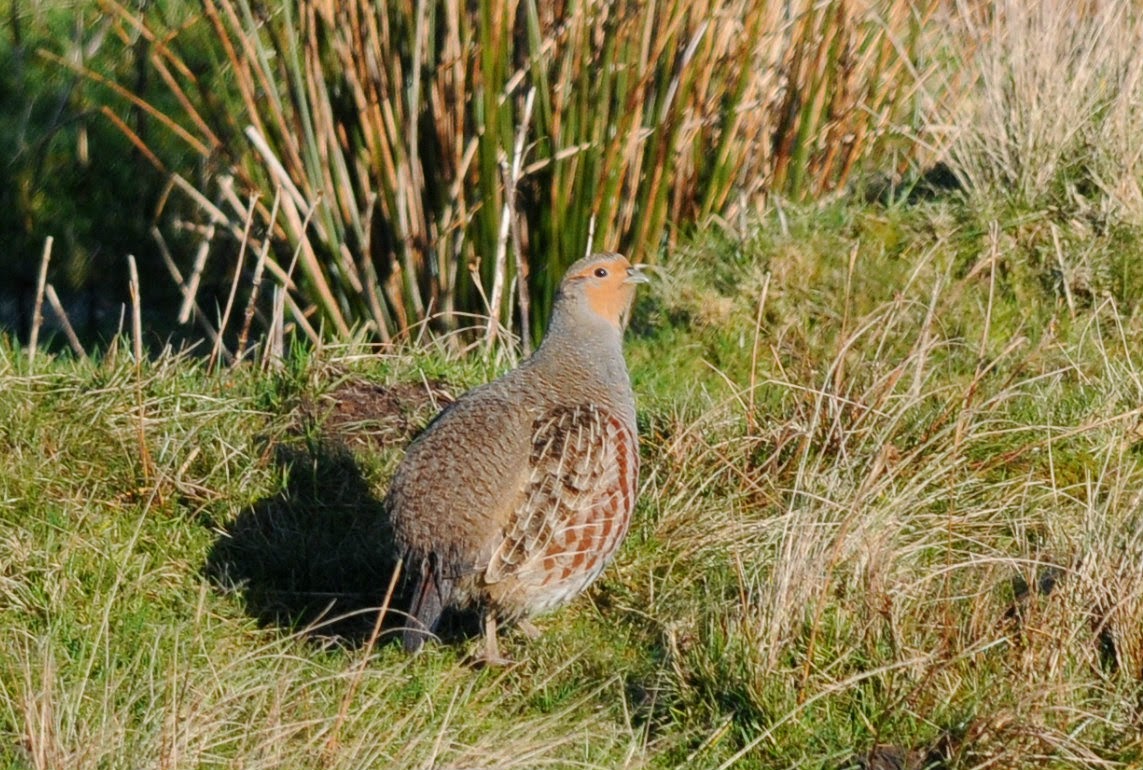 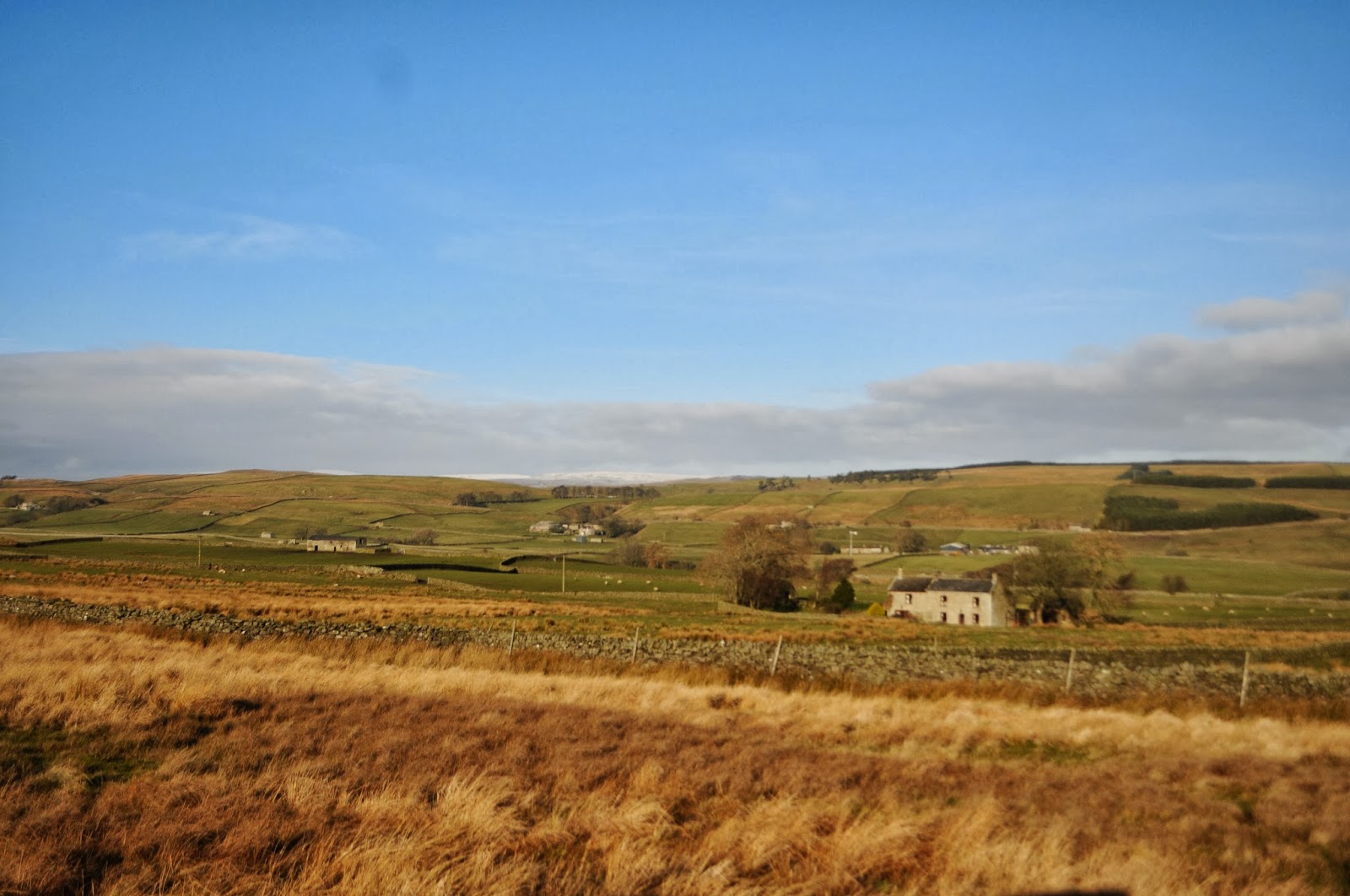 We headed higher into the mountains next for Red Grouse, but I'll save that for another blog post. Many thanks go to Bill for being the designated driver (and for somehow resist the urge to indulge in a pint of ale when the rest of us couldn't hold out any longer!), and to Seth for organising the trip. A cheers also goes to the local finder for allowing news of the bird to go public- although after the rest of the day spent in the stunning Pennines, I'd almost completely forgotten that we'd seen the warbler!
Email ThisBlogThis!Share to TwitterShare to FacebookShare to Pinterest