Ask any nature nut, and most will agree that there is little more satisfying in our constantly changing world of identification and classification than adding natural history literature to our bookshelves. I've said it before, but there is just something so satisfying about physically flicking through a field guide, and it's a 'something' that internet-based identification sites will never be able to fully replace.

The most recent addition to my meagre collection is Simon Harrap's Wild Flowers, a photographic field guide to British flora. I'm rubbish when it comes to identifying plants, whether they be flowering or not. I'm also equally rubbish at picking out decent guides to suit my poor level of expertise, so when I unwrapped this book as a Christmas present, I had high hopes for it being 'the one'. 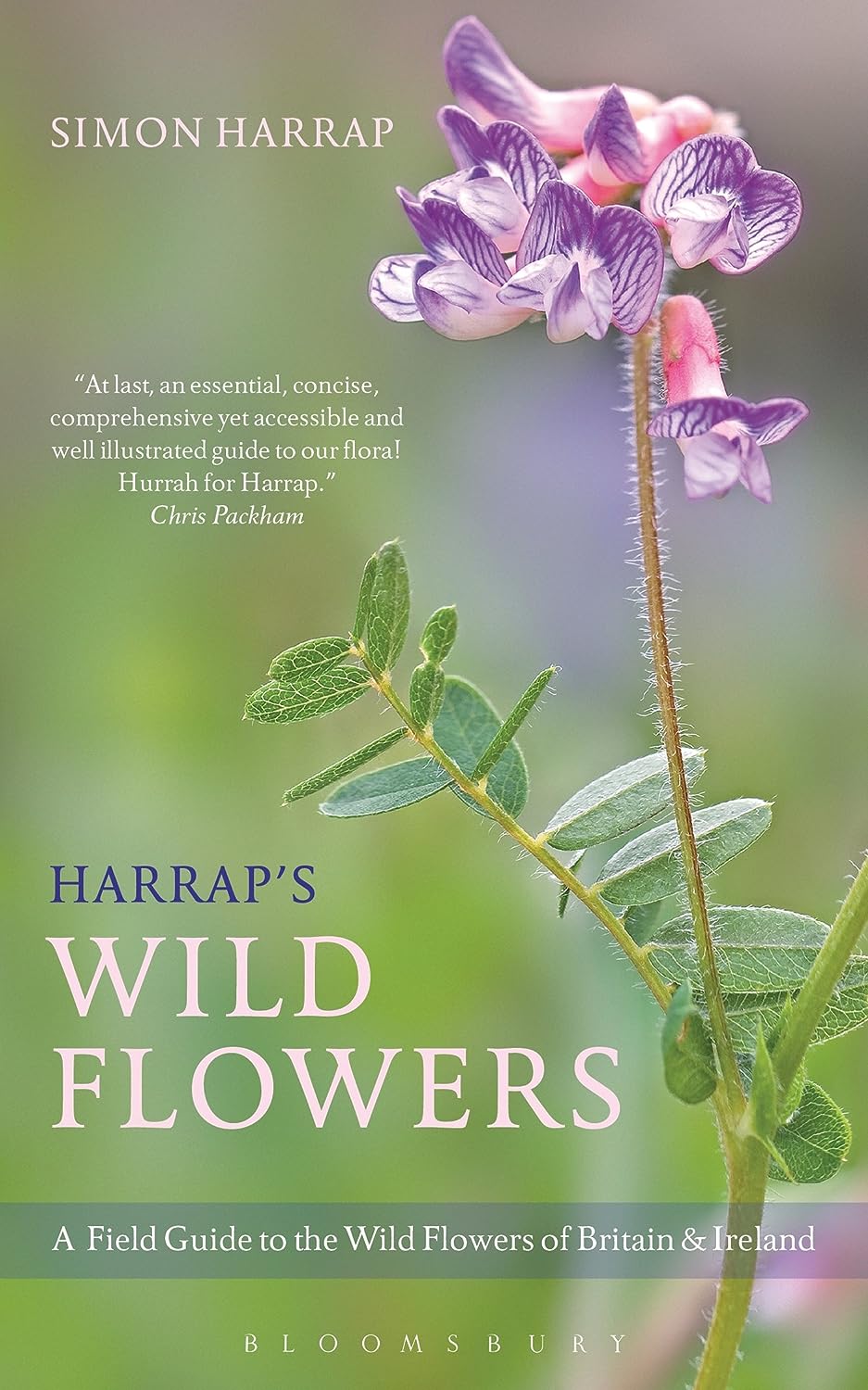 Long story short, I haven't been disappointed. Most wide-releasing field guides and keys nowadays try to advertise themselves on the basis of using a minimal amount of 'technical terms', but this is one of the few I've come across that stays true to its word without seeming totally dumbed down. The first 15 pages are dedicated to plant anatomy, illustrated like they should be through arrow-labelled images of flowers and leaves, which complements the glossary of key terms nicely. Individual species descriptions are thorough, with plenty of information on the status, distribution, ID characteristics and habitat of all 934 species covered. Admittedly, similar books have covered a greater number of species, but unless you're heading out with the sole intention of finding extremely rare, obscure flora on the summit of Ben Nevis, Harrap's guide contains all the species realistically 'gettable' in typical habitat.

Some of the 'old-skool' users may find the lack of a key a bit of an off-putter, but a two page spread of thumbnail images depicting typical examples of each family (and the relevant chapters), should help narrow down a search in the field. Unlike in Collins, grasses are omitted, but there's a surprisingly large section on the aquatic plants and trees/shrubs to make up for it. One of the defining features that really makes this guide for me is the amount of information given for each species. In the majority of cases, the plants are nicely illustrated in both summer and winter form (flowering and non-flowering), with similar species often compared nicely alongside each other for easy referencing (e.g. Bluebells, Poppies, Spergularia species etc...). 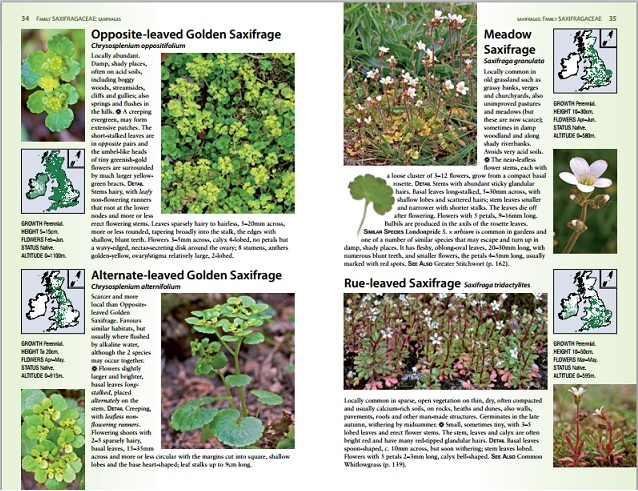 The book has been out for a good few months; no doubt many have already invested in it and probably have their own opinions on its usefulness. Personally, I'd recommend Harrap as a down-to-earth field guide for anyone who doesn't always get along well with the technical mine-field of keys offered by Poland & Clement's Vegetative Key to the British Flora, or even Collins for that matter. Of course, anyone who just likes looking at pretty pictures of flowers will probably also enjoy it...
Email ThisBlogThis!Share to TwitterShare to FacebookShare to Pinterest

Hi Bill, I too have the Harrap guide, but then again I've most probably got every flower guide going. It is well laid out and displays some of the identification clinchers much better than other books. BUT... Harrap's book omits quite a few species that you may well come across. I wouldn't want it to be my only guide, but is. nevertheless well worth having.

A good review, Bill. I think I have been convinced enough to buy a copy.

Steve- Agreed, and I'll try to remain cautious. It will take a great deal of time for me to get anywhere near your experience with plants, but for now it's seems like a pretty good beginner's 'companion'. Any blindingly obvious species it doesn't cover that I should keep an eye out for?

Andrew- Glad I could be of some help!