With one of those stimulating reading weeks going on at University, I'm back in London for the next few days sampling how the 'other half live', with amazing things like central heating and not-from-concentrate orange juice.

With a few months in between each visit home, it's interesting to come back and note the changes that have come about as the seasons move forward. The most obvious- and most pleasant change- is the sudden increased presence of Goldfinches in the garden. I've left the same feeder in the same spot in the garden for the past three or four years, and not had a single bird take any interest. In the past few months, however, a flock (or 'charm', whatever) has apparently visited the garden most days to feed... 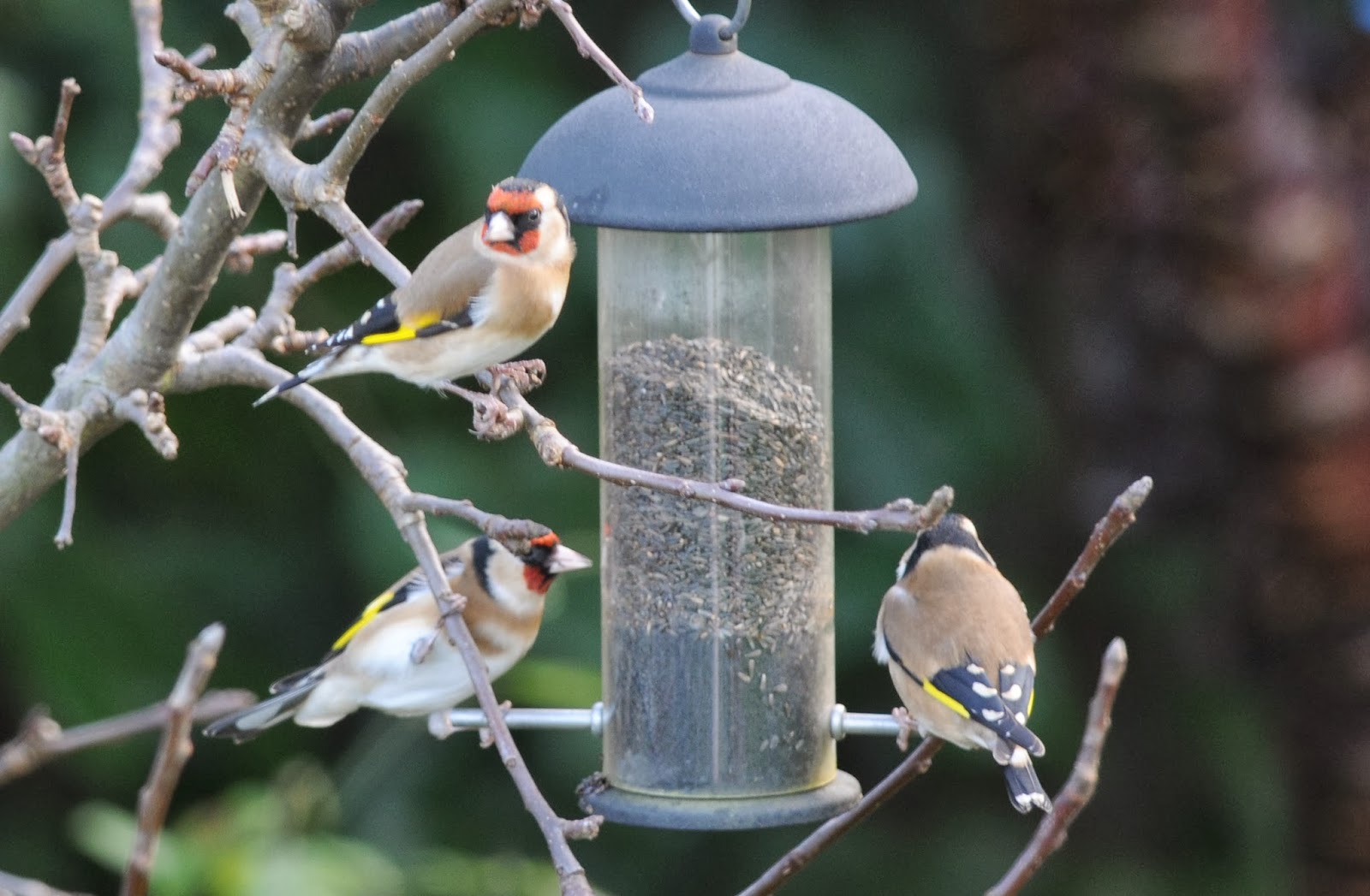 This does seem to go against the general declining trend of finches in the garden. Greenfinch, for instance, used to be a daily occurrence in and over the garden, numbers often peaking in the 20's during winter. From 2010 onwards however, numbers have decreased dramatically and the species is now virtually non-existent in the garden. I've seen less than 10 individuals in the garden since 2012. The same goes for Chaffinch- present in the garden in the winters of '08, '09 and '10 in double figure flocks- now reduced to single birds, and only in particularly harsh weather. It will be interesting to see what kind of trends are spilled out from this year's Big Garden Birdwatch.

So, if you're reading this and you've got my flock of Greenfinches and Chaffinches on your feeders, I want them back. You've got 24 hours... or the Goldfinches get it.