Bashing around a Bog

Another sweltering day yesterday, so I had a bash around the established heathland of Esher Common in search of late season Odonata (the fancy word for dragonflies & damselflies). The summer heat has clearly taken its toll on the landscape, and the area of shallow boggy pools adjacent to Black Pond that usually provide prime habitat for dragonflies had completely dried up. As a result, the number of species on the wing was disappointingly low. Black Darters should be reaching a peak in activity in late-August, but instead were virtually non-existent. It will be interesting to see where where they lay their eggs this year given the lack of acidic pools; hopefully the Darters can utilize the reedbed borders of Black Pond.

Common Darters were also low in numbers, but a stunningly fresh Ruddy Darter patrolling the outskirts of the pond was great to see, and Migrant Hawkers were very numerous everywhere. The main attraction though was a colony of the localised Bog Bush Cricket that were out in healthy numbers in the heather. The species does well on the acid heaths of Surrey and Hampshire, but up until now I've never managed to catch up with them. 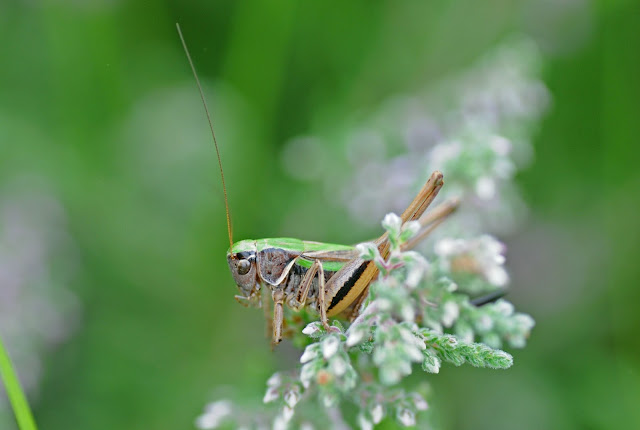 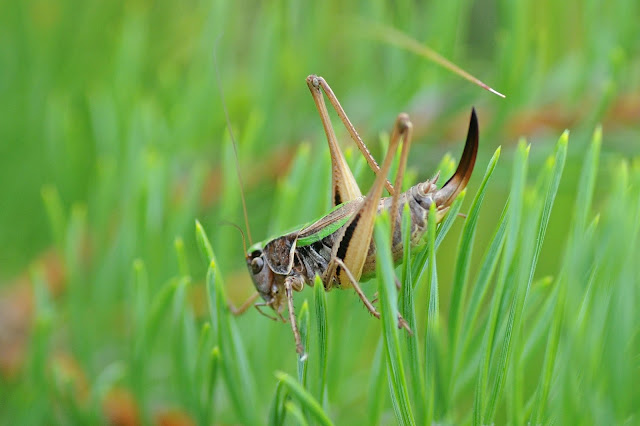