Last weekend I teamed up with budding botanist Alex Mills for a brief stomp around Dartmoor. We dumped the car by the side of the road at Two Bridges and headed off north across the moor towards Wistman's Wood, weighed down with backpacks full of camping gear and bryophyte field guides. The sun was beaming down through the oaks but it did little to subdue the freeze. Noses were running and fingers were numbing, but it didn't stop us thoroughly enjoying a few hours of daylight searching out the primitive plants that thrive in a really unique and enchanting upland habitat. 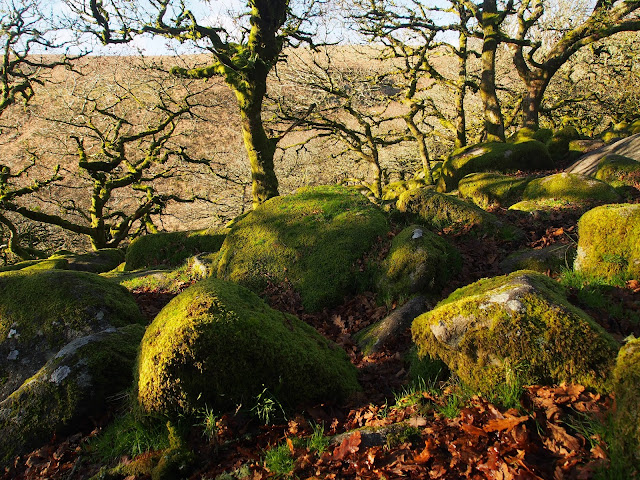 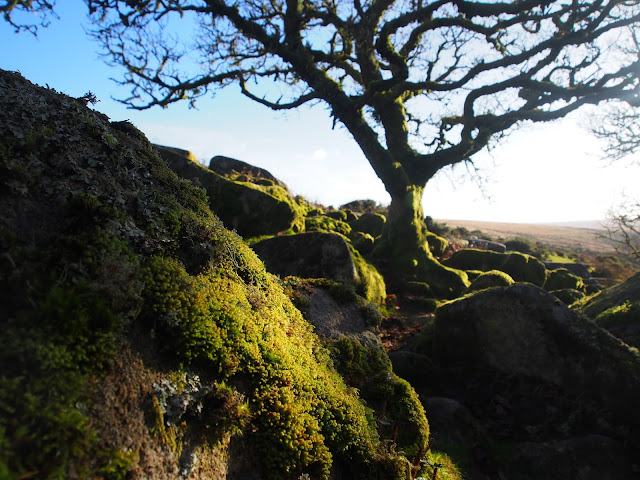 Alex won find of the day with Tunbridge Filmy-fern, thriving in sizeable numbers amongst various cracks and crevices high up on the slopes. 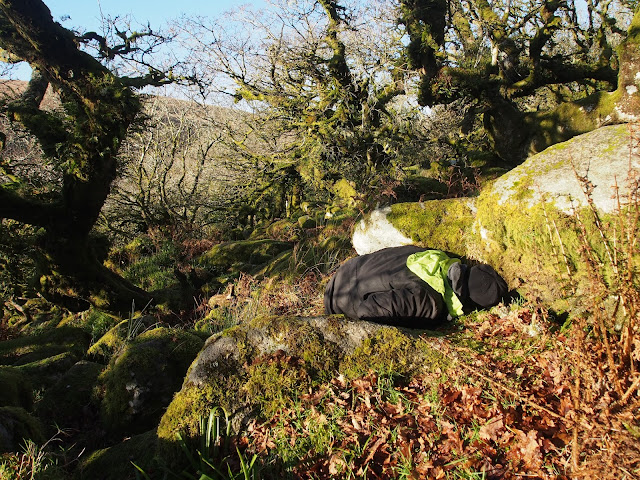 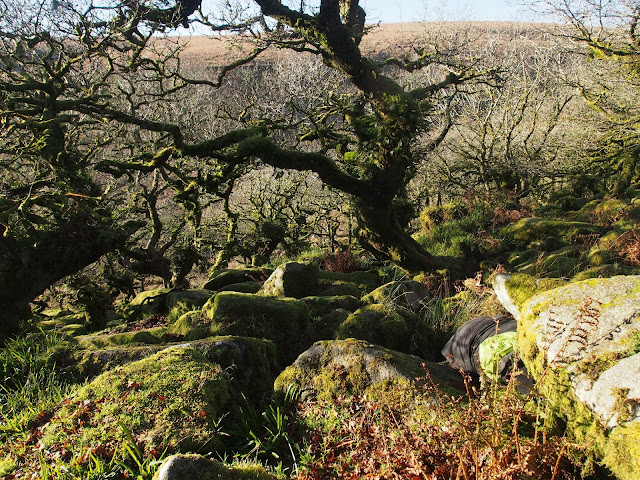 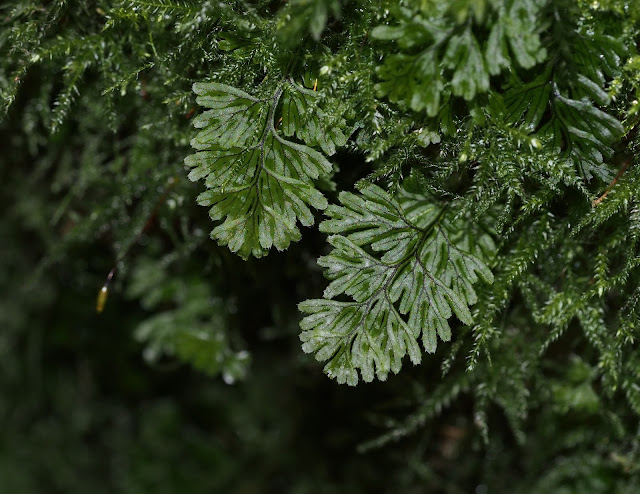 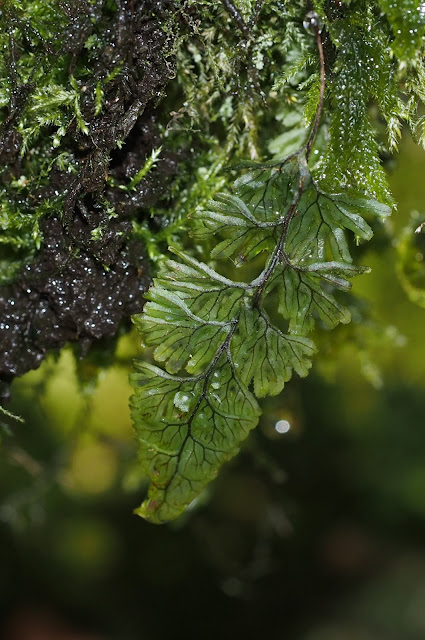 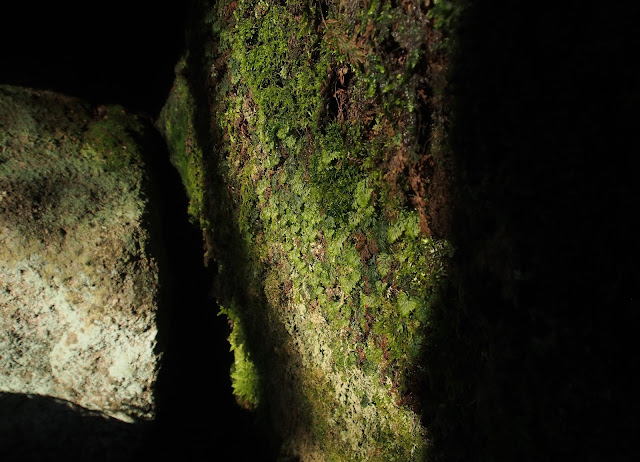 In truth, it was hard to look in any direction and not pick out something interesting to stare at. Every tree was plastered from head to toe twig to trunk with bryophytes and lichens that challenged my already extremely challenged knowledge of them. Between us we did recognise a handful of the more conspicuous species. 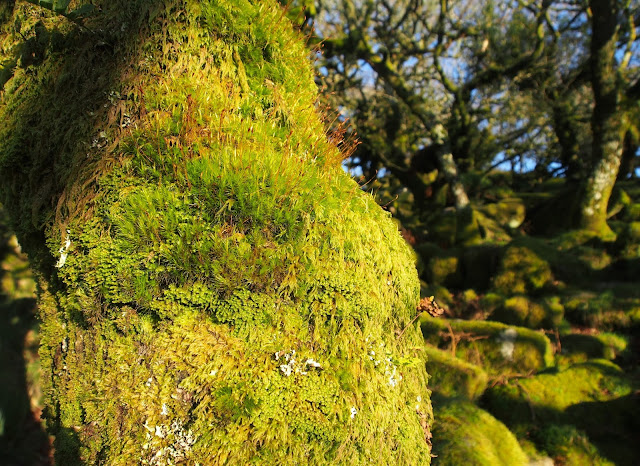 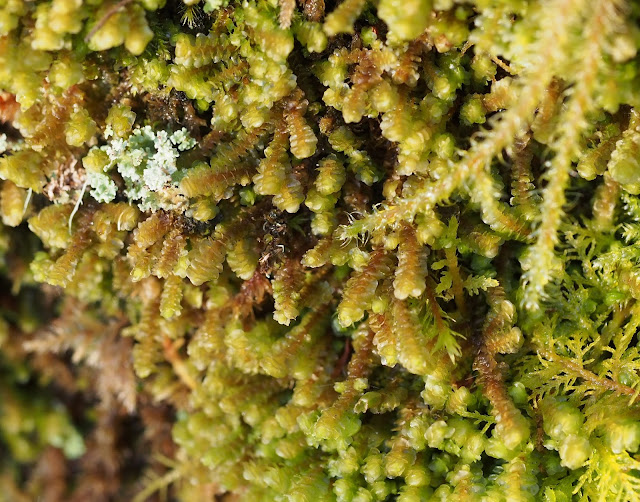 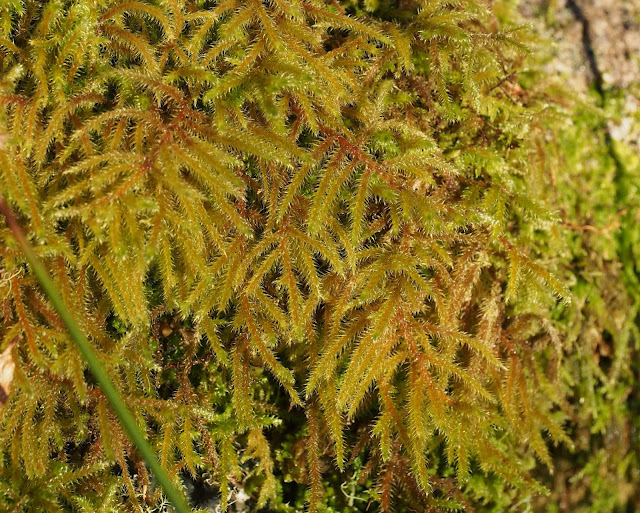 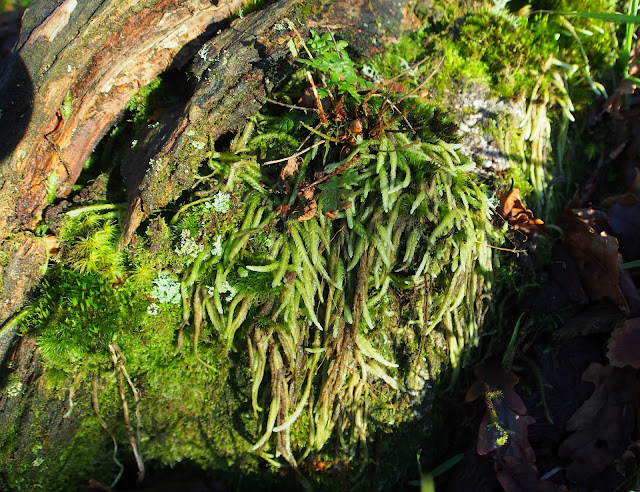 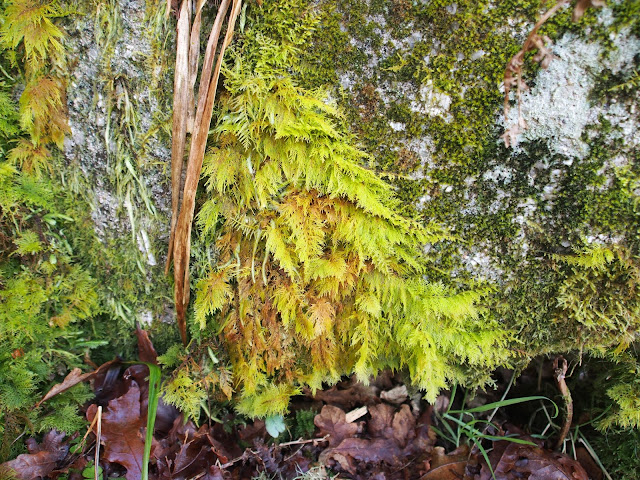 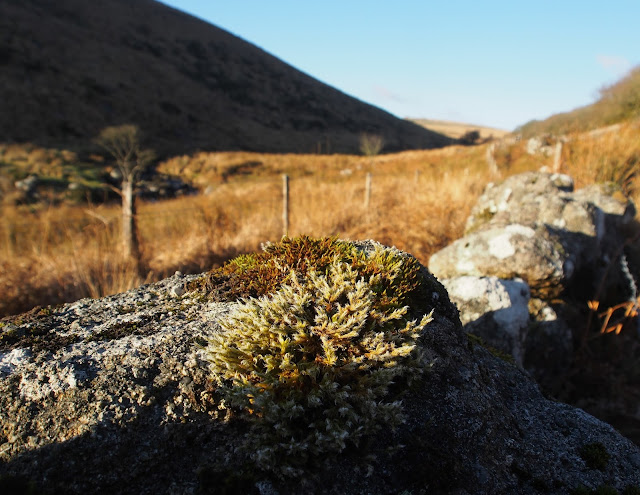 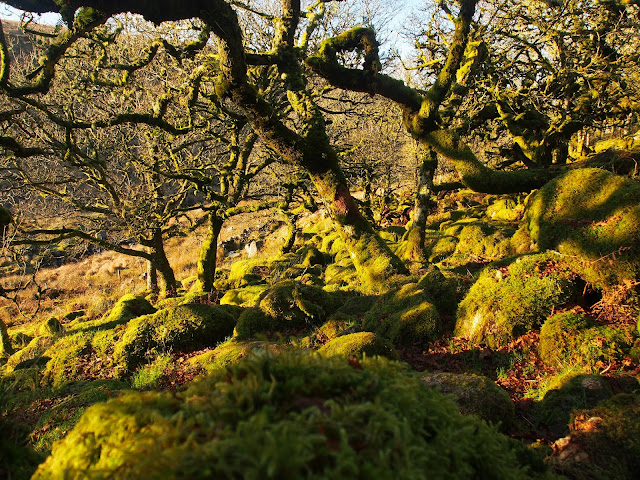 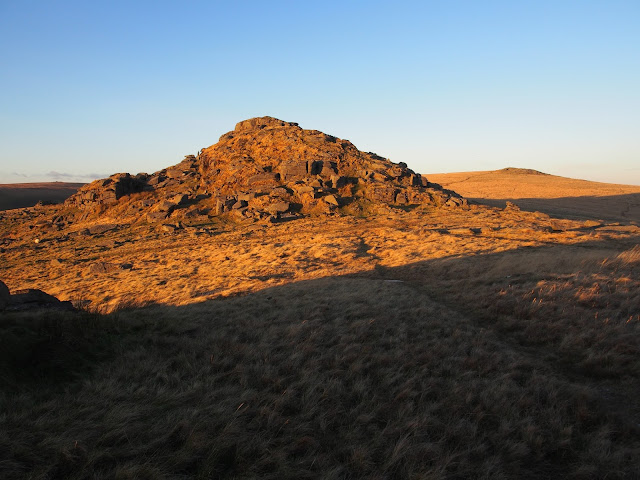 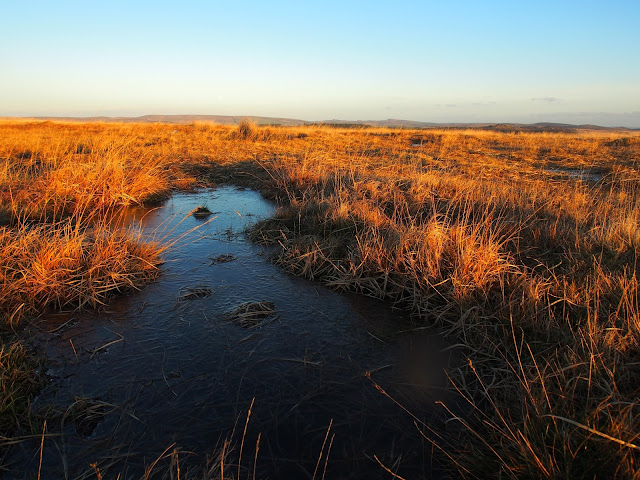 We pitched up for the night on Longaford Tor; Alex had bought along his trusty Vango Banshee but I'd decided earlier that day to bite the bullet and go with a lighter (and more exposed!) bivvy bag in order to save enough room to bring along the Mosses and Liverworts of Britain & Ireland. In the end it was a gamble that paid off. The frost was already setting over a spectacularly super-moonlit landscape as we scoffed down a wholesome supper consisting of a mix of baked beans & hummus, but that was about as cold as it was going to get. The clouds rolled in and temperatures rose a bit. Cracked open a couple of beers and took in the moorland vista. Not a bad way to spend a Friday night. 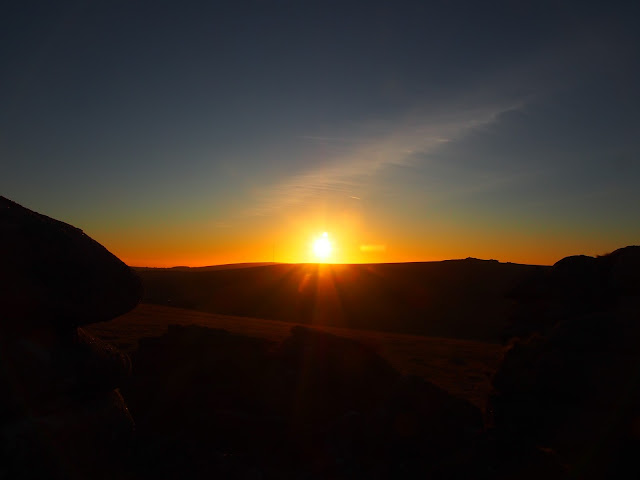 Nice post.Keep sharing. Thanks for sharing.

MACAW PARROt
Macaw Parrots For Sale Text or call +1(512) 598-8125
Hello, and welcome to our website for the best hand raised macaw parrots for sale.
We pride ourselves in the best taming practices of macaws among aviaries.
All of our macaws are bred in a disease-free Biosecure breeding sanctuary.
They are well socialized, having been raised in our home as members of our
own family in order for them to become ready to be a member of yours.
They are quite comfortable around all ages, including the elderly and young children.
When you purchase a bird from Us, we are committed to offering lifetime support and guidance to you and your family.

Hand Raised Parrots for Sale, Macaw Parrots for Sale
Macaws are playful and active and they have excited personalities to go along with their sizes.
But this also makes them very challenging pets. They do have the ability to say words and mimic
our speech but it is not as clear as some other pet bird species.
Because they are so intelligent, macaws can be trained. You can start when your pet bird is young,
and work on hand-feeding, teaching your bird to talk or sing, and training your macaw not to nip, bite, or scream.
Text or call +1(512) 643-7439

macaw for sale near me

Chopard certainly lacked more than Replica watches one opportunity to be original with the Alpine Eagle. There bast replica watches uk review is nothing in the bracelet watch rule book that says you must have screws in the bezel or that you must michael kors replica watches have side flanks. Alas, the Alpine Eagle has both of those. They are certainly well done (and the screws all line up properly) but replica watches uk trusted deaiers they feel forced. I know that the original fake Breitling St. Mortiz watch had bezel screws, as well, but I’m just saying that since this design feature is used so fake Omega often, it pays for a brand to do them in an extra-original manner to stand out.